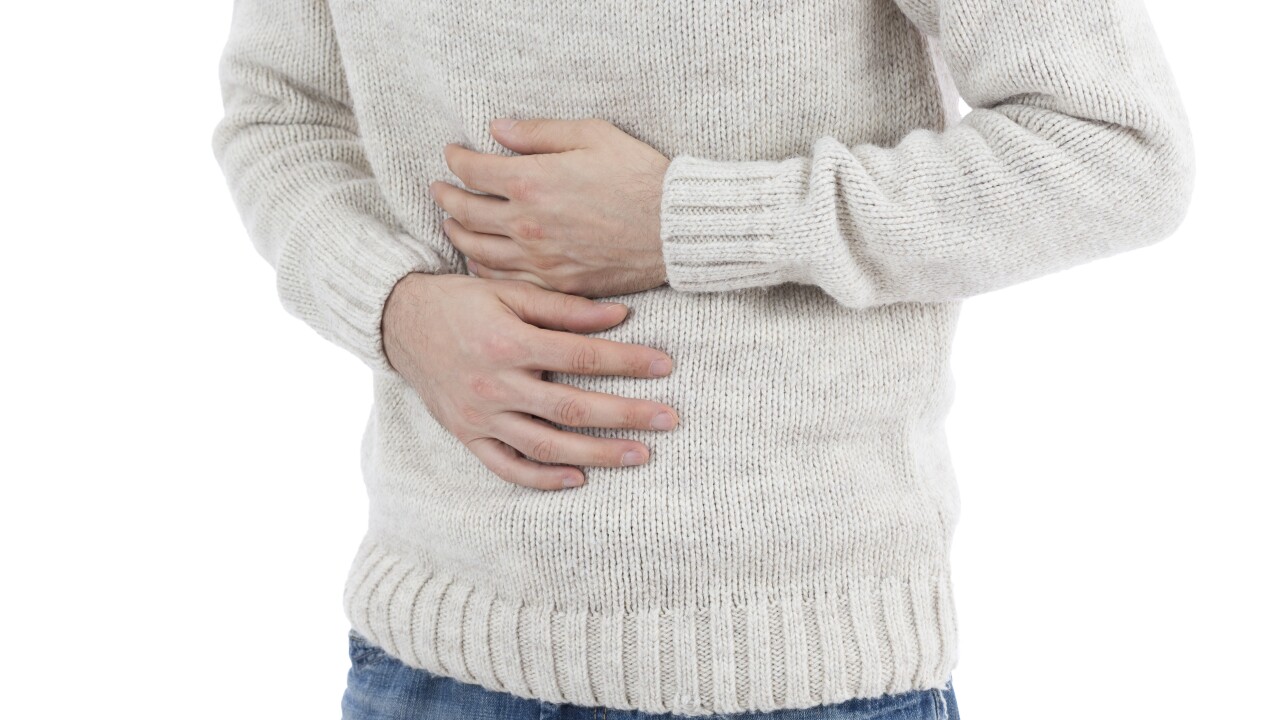 Kevin Yu thinks back on the terrible year his stomach held him “prisoner.” There was constant pain, the incessant urge to use the bathroom from the moment he woke up until he went to bed.

“The only times I really felt OK was either when I was sleeping or sleeping on the toilet,” the 38-year-old said.

Yu also had bad reflux and a “constant gas buildup” in his stomach. “All these really strange illnesses,” he said. The pain got so bad, Yu ended up going to the ER.

“The doctors couldn’t figure out anything,” the telecommunications product manager said.

GI specialists at the University of Pennsylvania drew blood, took stool samples and performed an endoscopy; everything came back negative.

“My doctor said, ‘We’re not seeing any physical signs of anything wrong with you,’ which was good news, but I didn’t view it as good,” Yu said.

“Eventually, they just came to me and said, ‘Kevin, we believe you are in this big bucket of patients that we just label as IBS,’ ” or irritable bowel syndrome.

IBS is a chronic condition marked by stomach pain, diarrhea or constipation or alternating between both. It affects an estimated 12% of Americans or nearly one in eight people, according to the National Institutes of Health.

Doctors prescribed Yu medication for IBS. They also had him restrict his diet to foods that are less likely to produce gas, known as low FODMAP.

“I was literally eating nothing for six months but rice and potatoes, basically.” But, Yu said, the constant rushes to the restroom continued, and so did the pain.

That’s when Yu’s doctors said they wanted to try something new.

They suggested that Yu see a psychiatrist who was working with their GI department. The psychiatrist suspected that Yu’s stomach problems could be helped, in part, with an antidepressant.

Yu had been under a tremendous amount of stress around the time the symptoms began in 2015.

He had started a new job, working at least 12 hours a day. Yu and his wife were in the middle of a tough renovation on their new house, and they had been trying, unsuccessfully, to have a baby.

Yu recalled that the psychiatrist told him, “Perhaps you do have IBS, but a lot of it is the connection between your brain and your stomach.”

A week after taking the antidepressant, Yu said, “I noticed a dramatic change in my constant need for bowel movements.”

The psychiatrist suggested that Yu start seeing a clinical psychologist at the University of Pennsylvania, Melissa Hunt, who specializes in cognitive behavioral therapy for the treatment of chronic GI disorders.

Fight or flight: the gut-brain connection

Yu experienced a breakthrough at his very first visit with Hunt.

“It was like drinking water out of a fire hose,” Yu said. “I was learning a lot.”

Hunt explained to him what stress can do to your stomach. “When you’re anxiously aroused and your body goes into fight or flight mode, a host of biological processes happen, including increase in heart rate, blood pressure and respiration, increased sweating, increased muscle tension and GI discomfort,” she said.

Hunt explained that GI discomfort can include a “spasmodic cramping of the gut” that will lead to urgency and the immediate need to go to the bathroom — in other words, diarrhea.

Stress can also lead to constipation, Hunt said, as the muscle tension affects the pelvic floor and sphincter muscles.

“Any time that I’m under a lot of duress, I started realizing that I clench my stomach,” Yu said.

“When I looked back on my life, I started to realize how much a connection there was between my brain and my stomach.”

During Yu’s first therapy session with Hunt, they did some some deep-breathing exercises.

Deep breathing calms down the nervous system and reduces anxiety.

“So I take a big deep breath, and she says, ‘Kevin, you see how you’re taking all the air in your chest, and none of it is going to your stomach? You almost want to inflate your stomach.'”

As his breaths got deeper, what’s known as diaphragmatic breathing, “not only did I feel calmer, I felt a sense of serenity I hadn’t felt in a long time.”

Yu gets emotional as he remembers that day three years ago. “I had tears pouring out of my eyes.

“At that moment, I realized that breathing was the right way to calm my anxiety and to help calm me when I’m in that state of severe distress,” Yu said.

Hunt asked Yu to practice the deep breathing every day. She told him, “It can be while you’re walking, while you’re sitting watching TV, just focus on your breathing a little bit.”

“I would say within two or three weeks is when I really, truly started buying into it,” Yu said. “When I am in severe pain, it takes the pain down from a nine or 10 down to a four or five. It was remarkable.”

Worrying about the pain made the pain worse

Although breathing alone helped, there were several other pieces of the puzzle. When Yu’s stomach would hurt, it sent him into a psychological tailspin.

“It was almost cyclical that my stomach would cause anxiety and yet my anxiety was adding to additional discomfort,” Yu said.

“Pain signals from the gut get amplified inappropriately,” she said. It’s like a feedback loop.

Over just a few sessions, Hunt taught Yu how to be less anxious when he was feeling pain.

Hunt also encouraged Yu to increase his physical activity to burn off the stress response from fight or flight.

Over the past several months, Yu couldn’t find time to work out as he did when he was younger. Instead, he played with his daughter (who was born during his therapy) and threw the ball with his dog. Even gardening made a difference for him.

Home-based version for IBS works, too

Yu’s success with cognitive behavior therapy for IBS is not unique. Dozens of studies show its effectiveness in IBS patients. Harvard University researchers reviewed 13 of them in a meta-analysis.

The patients who tried psychological-based approaches had greater improvement in their digestive symptoms compared with patients receiving only conventional medical treatment.

One of the most compelling studies came out this year. It’s the largest federally funded nondrug clinical trial for irritable bowel syndrome and included over 400 IBS patients. The study found that more than 60% of the patients reported substantial improvement in their GI symptoms in just four or fewer visits to the psychologist, plus doing the work at home. They practiced deep breathing and worked on changing their self-talk so as not to catastrophize events and other known triggers.

They also learned to “improve their flexibility in how they approach problems,” said Laurie Keefer, a principal researcher on that study.

Keefer is a GI health psychologist and director of psychobehavioral research at Mount Sinai School of Medicine.

“We ask patients to write down their stressors so that they can look at them a little bit more objectively,” she said. “That homework is really a core part of this type of therapy. When they look at their stressors, they’re challenging their way of approaching them.”

For example, individuals write down their worst fears and how thinking about them feels. Then the patient examines that fear objectively. How likely is it that worst-case scenario will happen? Often, it’s unlikely to happen. In the event it does happen, the patient writes down how they will deal with it so there’s a manageable plan.

“People continued to benefit long after they stopped the intervention. We found that patients actually were still doing really well at one-year followup.”

Keefer said many people are hesitant to see a psychologist because of a stigma that still surrounds therapy. Trying these methods at home also cuts down on the expense.

“There is very limited access to therapists that do this type of treatment,” she said, but the study shows that learning some of these methods to practice at home is effective.

It’s been three years since Yu first felt the pangs of IBS. Today, he rarely suffers. He regularly practices deep breathing, both when he feels the onset of stress and when he’s watching TV or chilling out. He continues to work on reprogramming his thoughts and negative self-talk. “Something that is as simple as just a single train of thought can really just change your life drastically,” Yu said.

“I’m back out to live my life. I’m reaching out to my friends,” he said.

“I’m not in my 20s anymore. I’m not able to take on the world anymore. I had to take a step back to do things one at a time. I’m not Superman.”