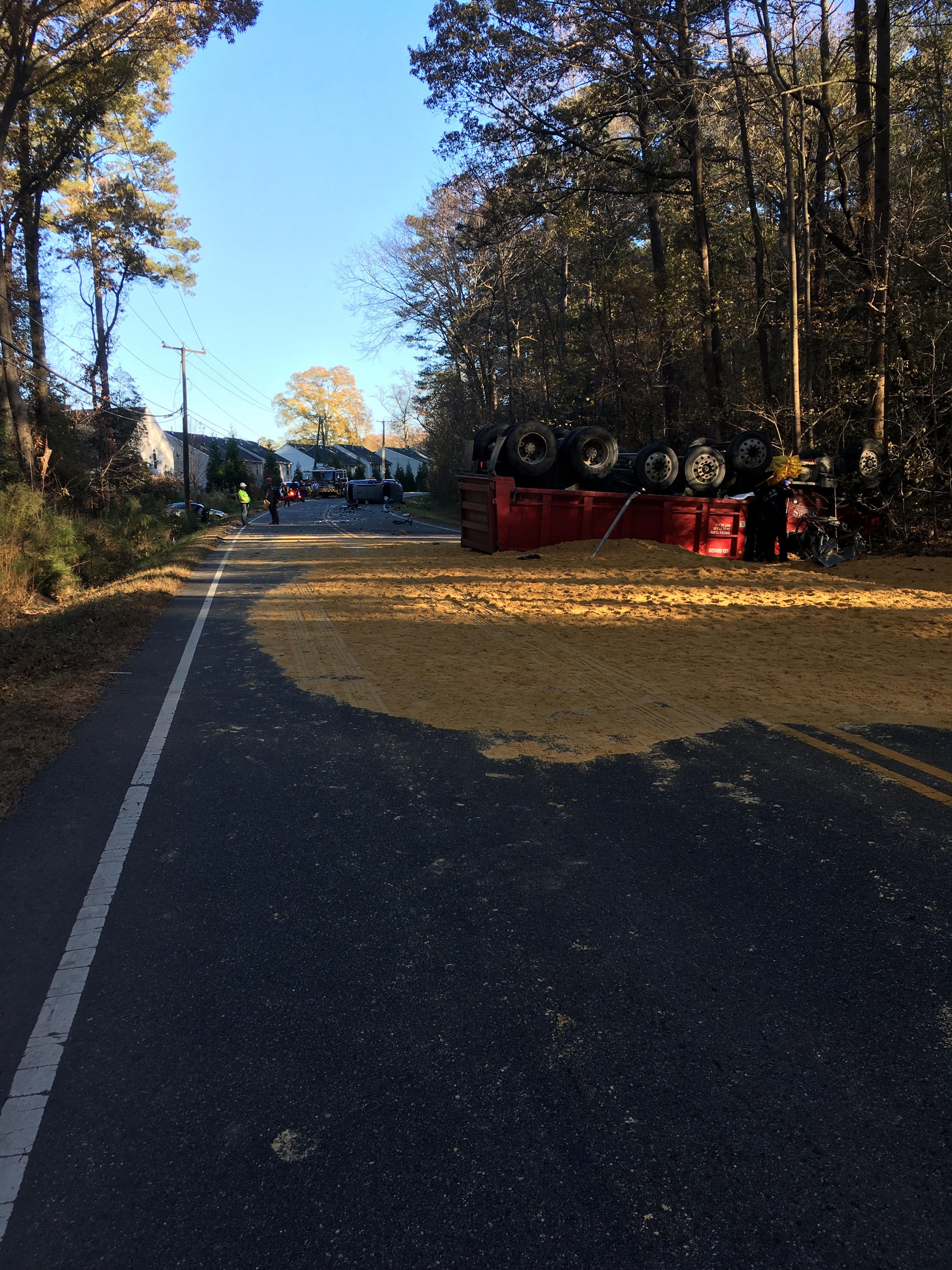 YORK Co., Va. – One of four drivers was injured after a crash involving a dump truck in York County Thursday afternoon.

Authorities said of the four drivers involved, James Steven suffered major injuries. He was taken to a local hospital.

After an investigation State Police said the driver of a 2016 Jeep SUV, Tim Ellis, was traveling in the eastbound lanes of Route 238, crossed the solid line into the the westbound lanes striking a 2007 Mack dump truck and a 2010 Chrysler Sebring.

When they crashed, the Jeep overturned and struck another vehicle, a 2018 Chrysler minivan.

Upon striking the dump truck, the dump truck driver lost control, ran off the road and overturned spilling its fully loaded cargo of sand.