George H.W. Bush: a legacy of service with deep connections to the Navy and Hampton Roads

NORFOLK, Va. – As the nation says farewell to George H.W. Bush, the 41st president leaves behind a deep legacy of service to our country in a life story that is woven through the Navy and Hampton Roads.

It was on his 18th birthday, June 13, 1942, that George Herbert Walker Bush enlisted in the US Naval Reserve, just months after the attack on Pearl Harbor on December 7, 1941.

Over the course of the next year, he underwent pre-flight training at the University of North Carolina at Chapel Hill, distinguishing himself as one of the youngest naval aviators. Bush was commissioned as an ensign in the Naval Reserve just days shy of his 19th birthday on June 9, 1943.

Reporting for active duty in August 1942, Bush would go on to see action in World War II. He received credit for sinking a small cargo ship and attacking Japanese installations on Chi Chi Jim in September of 1944, where his aircraft was hit, but Bush managed to finish the mission and bail out before being rescued by the submarine USS Finback.

It was during his service in the Navy that Bush would begin a relationship with Hampton Roads that would last the rest of his life. Reassigned to Norfolk, Bush was put in a training wing for new torpedo pilots and later was assigned as a naval aviator for a new torpedo squadron.

After the surrender of Japan, Bush was honorably discharged in September 1945 and then began his education at Yale University.

His connection to Hampton Roads and the Navy was far from over, though, as his career continued with roles including Director of the Central Intelligence Agency, vice-president, and ultimately president.

In 1989, Bush was president when an explosion on the Norfolk-based battleship USS Iowa killed 47 crewmen. Days later, Bush and his wife, Barbara, were in Norfolk for a memorial service for the victims held at Naval Station Norfolk.

The next year, Bush was the principal speaker at Newport News Shipbuilding when the USS George Washington, a Nimitz-class aircraft carrier, was christened.

He also delivered the commencement address at Hampton University in May 1991. It was that same year that the U.S. Navy Memorial Foundation awarded Bush the Lone Sailor award for his naval and government service.

Bush’s legacy will continue for decades to come in Hampton Roads and across the world thanks to an aircraft carrier bearing his name.

In the 2000s, Bush visited the region on several occasions, marveling at the construction of the carrier named for him, the USS George H.W. Bush. That ship, CVN-77, was built in Newport News and is the final Nimitz-class carrier.

On January 10, 2009, Bush was at the waterfront at Naval Station Norfolk when the carrier was commissioned, becoming a part of the active fleet.

"We had the great pleasure of hosting President George H. W. Bush four times during the construction of his namesake ship,  USS George H.W. Bush (CVN 77). He was so proud of that ship and so enthusiastic. Yet, more importantly, he was so kind and gracious to the shipbuilders building it, and would stand for hours at a time meeting them and thanking them during his visits. He was truly the epitome of a class-act gentleman and he will be greatly missed," Petters said in the statement.

“A Statesmen. A Public Servant. A Sailor. The country has lost a great leader and we have lost a true shipmate. He epitomized integrity, accountability, initiative, and toughness in the service of our Nation. A Naval Aviator during WWII, a Congressman, Ambassador to the United Nations, CIA Director, Vice President, President, husband and father. His memory will continue to inspire us through the service of the aircraft carrier bearing his name. USS George H. W. Bush (CVN 77) will continue to deploy around the world, protecting America from attack and securing the freedoms President Bush fought so hard to safeguard. Fair winds and following seas, Mr. President," Admiral Richardson shared.

During an address on the aircraft carrier named for him, Bush reflected on what his Navy service meant to him, saying “My Navy days taught me the true meaning of friendship and of freedom. And looking back, I love my time serving in the Navy, the three years, aboard the San Jacinto, CVL 30, flying in Torpedo Squadron 51. And they made a man out of a scared kid.”

In tribute, 100 Sailors from the carrier are flying to Joint Base Andrews where Bush's casket is expected to arrive from Texas Monday afternoon, rendering him military honors.

The aircraft carrier bearing his name, homeported in Norfolk, will continue to carry on his name and lifetime of service for decades to come.

Photos: George H.W. Bush's service to nation and Navy, woven through the history of Hampton Roads 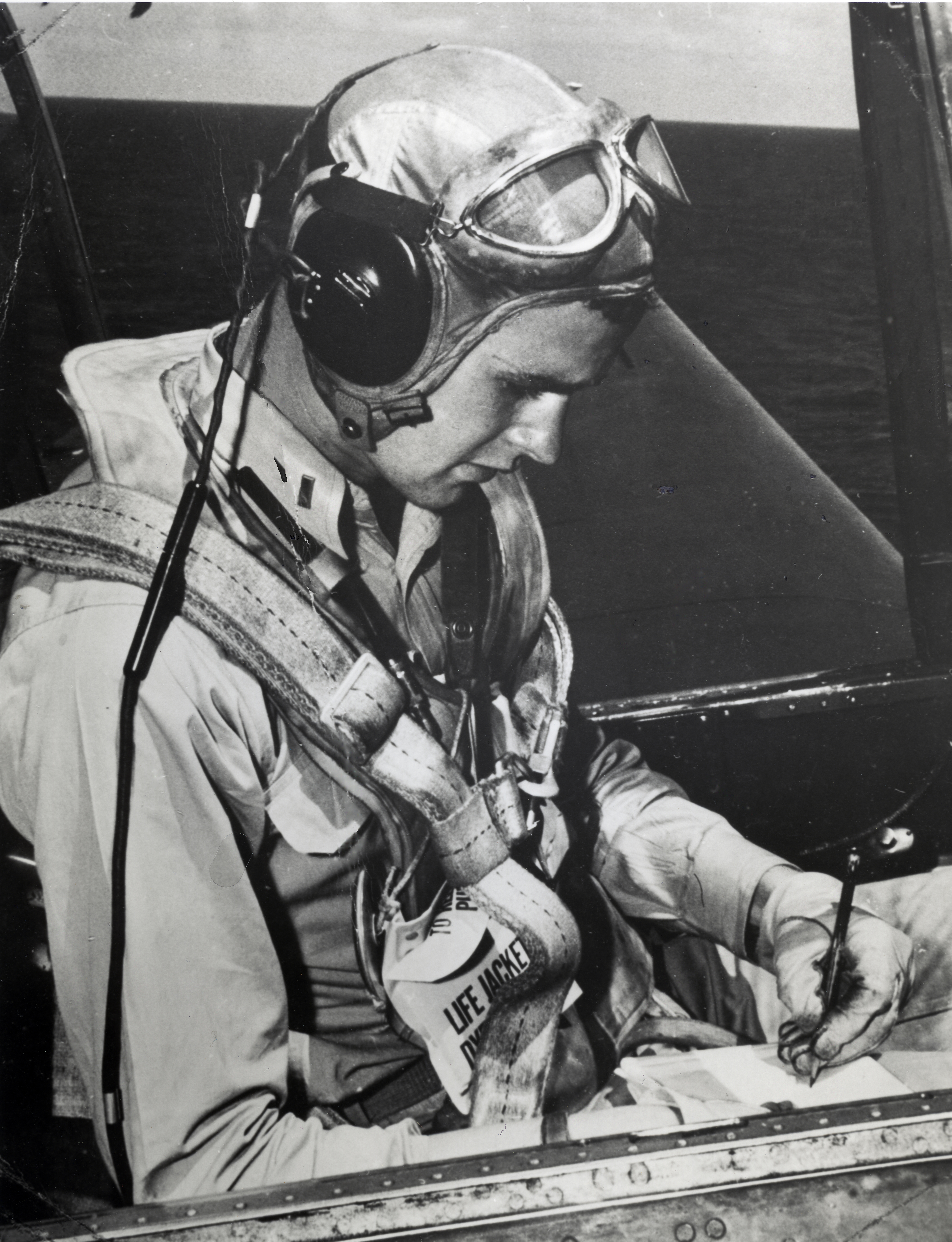