PHILADELPHIA – West Point had to struggle a little to get it, but the Black Knights beat the Midshipmen 17-10, in the 119th Army-Navy Game.

A defensive battle was the name of the game, with both teams struggling to score and hold consistent drives together. Turnovers going into Army territory was one of, if not the biggest, reasons for Navy’s loss.

PHILADELPHIA, PENNSYLVANIA – DECEMBER 08: Malcolm Perry #10 of the Navy Midshipmen attempts to make a catch against Mike Reynolds #10 and Chandler Ramirez #29 of the Army Black Knights during the first quarter of the game at Lincoln Financial Field on December 08, 2018 in Philadelphia, Pennsylvania. (Photo by Sarah Stier/Getty Images)

The Midshipmen (3-10 overall) also could not capitalize off of momentum, either and had one of its four turnovers, a fumble on the Army 1-yard-line in the fourth quarter when the Black Knights were down by 10 points.

“I told our guy’s that’s the way these games go, so you need to be prepared to battle all the way to the finish,” said Army Head Coach Jeff Monken, who has led the program since 2014. “I can’t say enough about our defense. they came up with some really key stops.”

One of the most prestigious games in college football started off hot, making it seems that the game would be very active offensively.

Army (10-2 overall) took only a handful of plays to score after a 51-yard run from Kell Walker, which set up a West Point touchdown scored by K. Hopkins, Jr.

After that, the only other scoring attempt would come in the second quarter, when J. Abercrombie missed a field goal before halftime.

Abercrombie would make up for it, though, with a 33-yard-field goal in the third quarter, giving the Army a double-digit lead as it headed into the fourth quarter.

The Navy could not muster a comeback because of turnovers and not capitalizing on the third down, giving Army its third consecutive win over the Midshipmen. Navy would get a late touchdown and field goal to make it close.

The Army would put the game away with a touchdown after Navy could not connect on a fourth down to make things interesting late.

West Point will next play Houston in the Armed Forces Bowl against the Houston University Cougars.

Eight players from Hampton Roads represented the two services in this game.

Cole Christiansen of Suffolk was the team captain for the Black Knights. The 6-2, 225 pound linebacker has been a big part of West Point’s defense, who held Navy to 208 yards rushing.

“We played well the whole game, but they had a lot of tricks up their sleeve, and a lot of things that caught us towards the end of the game, but similar to last year, when we needed to make big plays, we made big plays, and that was the difference in the game,” said Christiansen on the big turnovers and plays that Army’s defense forced.

While football was the main focus, President Donald Trump and Secretary of Defense James Mattis were in attendance from Washington D.C. Trump preformed the honorary coin toss, and stayed for a good part of the first half.

A moment of silence was also held for the late President George H.W. Bush, who died on November 30.

Next year’s game will also be at Lincoln Financial Field. Home to the Philadelphia Eagles. The game will be played at the stadium until 2021 when it will be played outside New York City at MetLife Stadium.

The Commander and Chief Trophy, which is given to the best service academy team out of Army, Navy and Air Force each season, was won by West Point for the second consecutive year. This is the first time in school history this has happened. 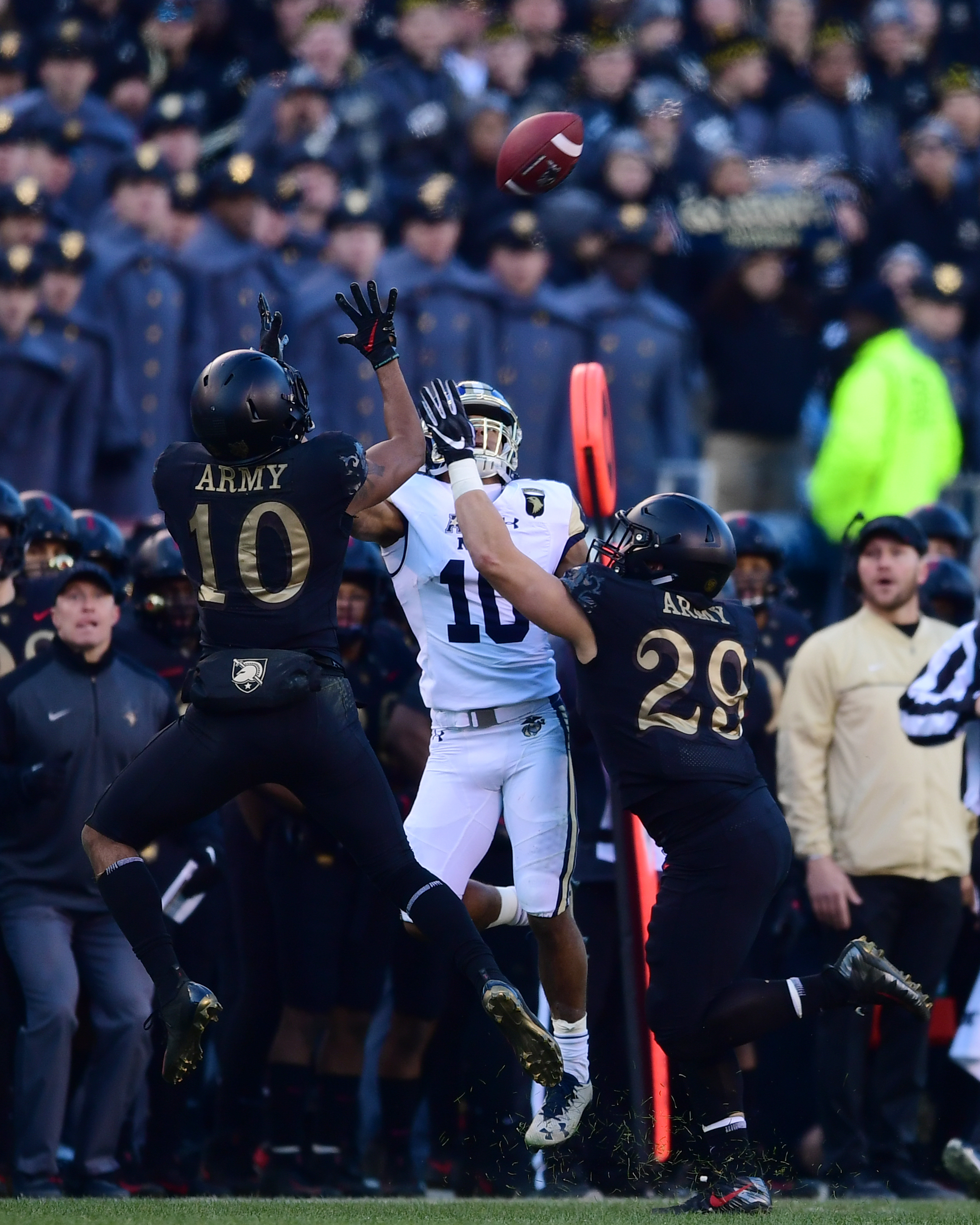