PORTSMOUTH, Va. - The Portsmouth Police Department has charged a man after a crash at Kingman and Rodman Avenue left one woman dead.

Officers responded to the 3700 block of Princeton Place at approximately 1:48 a.m. Saturday for a report of a possible domestic assault in progress in a vehicle.

When police arrived, the suspect attempted to flee the scene in the vehicle, crashing at the intersection of Kingman and Rodman Avenue shortly after. The crash left both occupants pinned.

Medics took both people to a local hospital with serious injuries. 35-year-old Jeanne Marie Chop was pronounced dead at the hospital. 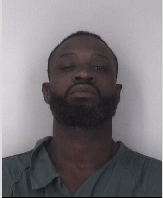