PRINCE GEORGE Co., Va. (WTVR) -  A tradition that began as a family competition ended with a 21-foot-tall snowman in Prince George County.

Jason Smith told CBS 6 in Richmond that members of his family first tried to beat each other by building the largest snowman.

However, after a while their passion morphed into a team project with the goal of building a massive snowman.

After Sunday’s historic snowfall, the family quickly got to work. 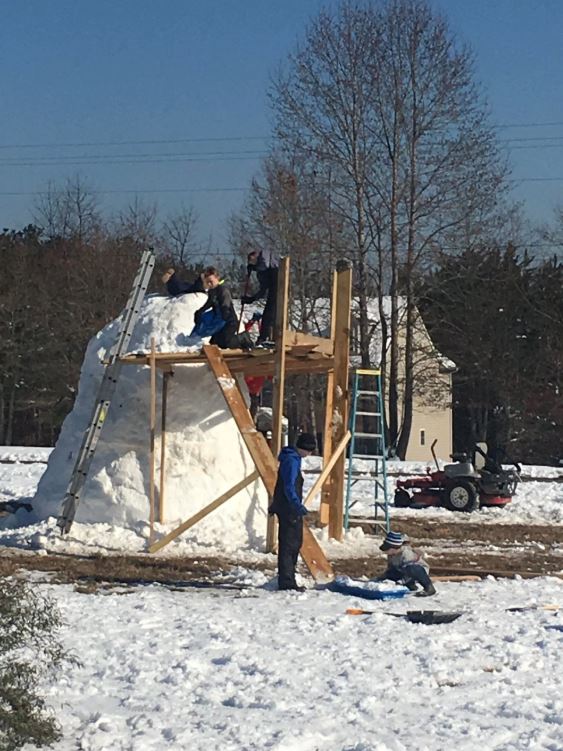 “My intention was to beat the one we built two years ago, which was 18-foot,” Smith said. "We're already talking about the next snow. We’re debating about trying to go 25 for the next one, so we’re trying to discuss how to get the snow up that high.”

Smith sent WTVR photos of the three-day construction process, and one of the station's photojournalists, Chris Munnings, took their SKY 6 drone to survey the scene and capture the true scale of the sculpture on Wednesday.

The family utilized wood scaffolding and sleds in order to get the snow high enough to pile on top of the structure.

Smith said it also took a lot of hot chocolate and snacks to keep children and grandchildren motivated to finish the massive project.