CHESAPEAKE, Va. - A local mother says a man exposed himself to her 11-year-old daughter in a Chesapeake Dollar Store, and now police are calling on the public to try to help find him.

At approximately 4:50 p.m. on December 11, police responded to the Dollar Store in the 1100 block of Military Highway for a report of a man who exposed himself to a female customer. The man left the store on foot and was gone when officers arrived.

The mother, who didn't want to be identified out of fear, told News 3's Margaret Kavanagh she chased the suspect out of the store through the door after her daughter told her what happened, but he took off running.

"My daughter came up to me and said this gentleman exposed himself to my daughter, playing with it [his genitals] to her," he said. 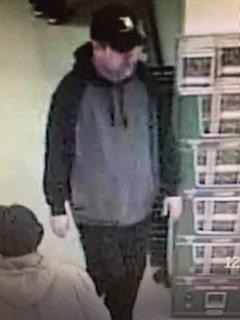 She says the man was just feet from her little girl, and that's when she took action.

When he got away, she called 911. She said her daughter is traumatized.

"She won’t go out the house, she won’t go to school without me taking her. I have to be at the school when she gets out," she told us. "It’s really bad for her, and she tells me, 'Mom, I see this man all the time now.' She said she will never get her mind off this."

Other shoppers were horrified.

"This day and time, this world is crazy and evil - [you] never can tell what might happen," said Tia Wheeler.

The suspect is described as a white man who is between 40-45 years old, is 5'10" tall and weighs approximately 155 pounds. He was last wearing a black ball cap, a black and grey sweatshirt and dark pants.

"This man is sick and I just hope that they catch him because if he does this to my daughter in a store -  she’s only 11 - there’s no telling what he’s done or what he’s capable of doing," the girls's mother said. "Just praying that somebody knows him and sees him and calls the police, because he really needs some help."