It’s back to the drawing board for University of North Carolina officials looking for a new location for the “Silent Sam” Confederate monument.

The Board of Governors rejected a plan to build a $5.3 million home for the controversial statue, university spokesperson Carly Miller told CNN on Friday.

The board gave administrators until March 15 to develop another recommendation.

Board chairman Harry Smith told CNN Raleigh affiliate WTVD that the university rejected the plan because of student safety and the price.

The university tweeted Friday afternoon the board’s vote “gives Carolina more time to review relocation options for the Confederate Monument and offer a revised recommendation. An off-campus solution remains our strong preference and we will work until March 15 to more fully explore this option.”

The board’s rejection comes about a week after Chancellor Carol Folt and the Board of Trustees proposed the $5.3 million plan to safely house the statue.

“The plan we put forward .. hasn’t satisfied anyone, and we recognize that,” Folt said in a statement, adding that UNC is the only university in North Carolina that has anything “closely resembling” the statue.

Related: Silent Sam may be gone, but North Carolina decided three other Confederate monuments can stay

“The burden of the statue has been and still is disproportionately shouldered by African-Americans. No university today would even consider placing such an artifact on their campuses,” she said. “The decisions that will be made about this statue will have lasting ramifications for the university and the state.” 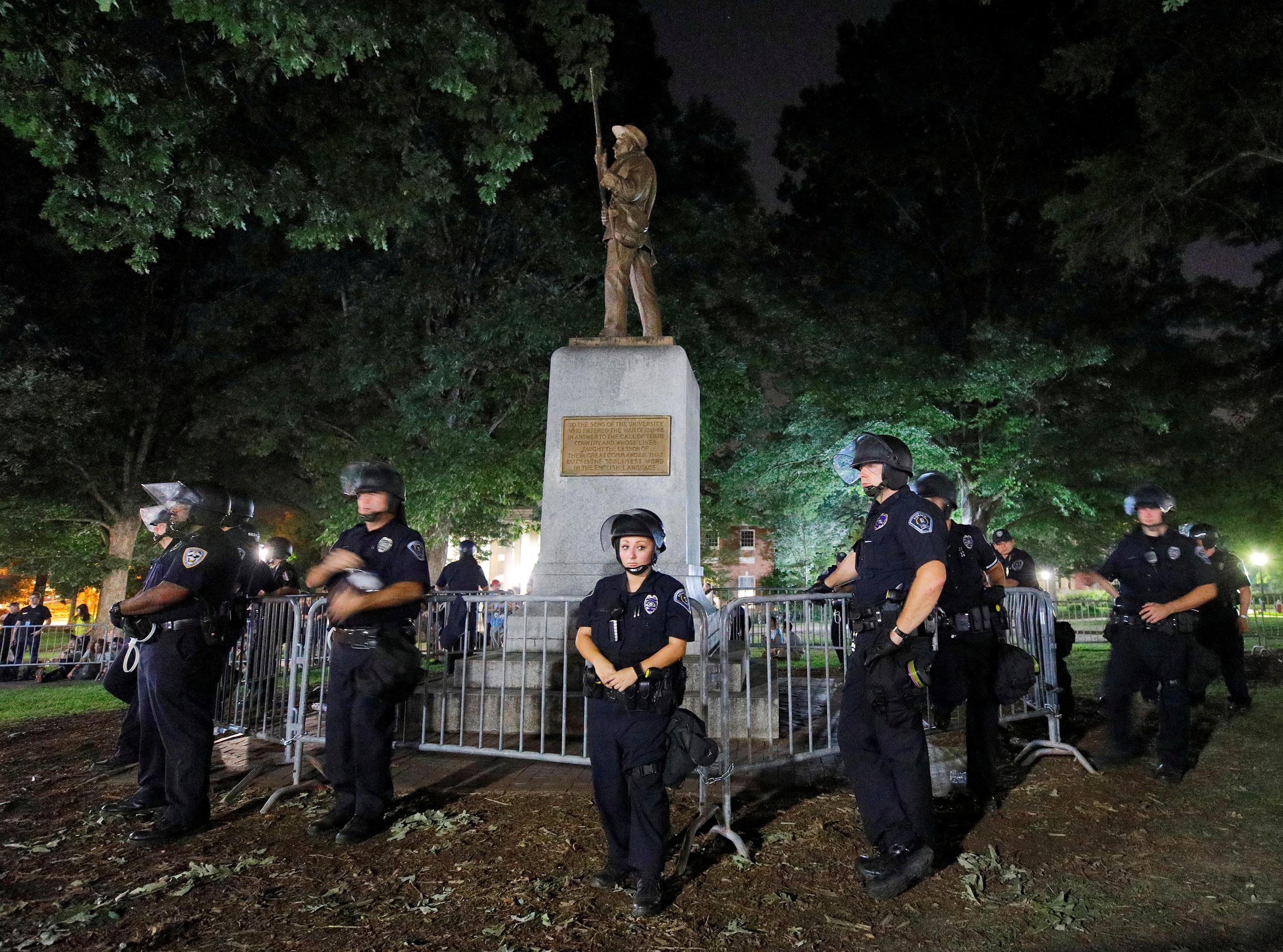 In August, on the eve of the first day of classes, protesters knocked over the statue. Folt called the protest “unlawful and dangerous” but acknowledged the longstanding source of division among students, staff and alumni.

Silent Sam was built at the request of the United Daughters of the Confederacy. It was dedicated in 1913 to remember the “sons of the University who died for their beloved Southland 1861-1865,” says UNC’s website.

At its dedication, Confederate veteran Julian Shakespeare Carr praised the Confederate army for “sav[ing] the very life of the Anglo Saxon race in the South,” according to the university’s archives.

Students and faculty have been calling for its removal for months. Most recently, WTVD reported more than 100 current and former UNC student-athletes signed a petition calling for it to be taken from campus.

Ezra Baeli-Wang told CNN Friday he created the petition Tuesday. Baeli-Wang was on the university’s fencing team from 2013 to 2017.

“I thought it would be a special thing to get UNC athletes past and present to add their voices to the variety of university groups on campus,” he said.

As of Friday, the petition had more than 200 signatures, Baeli-Wang said.

Click here for our full coverage on the Charlottesville protest