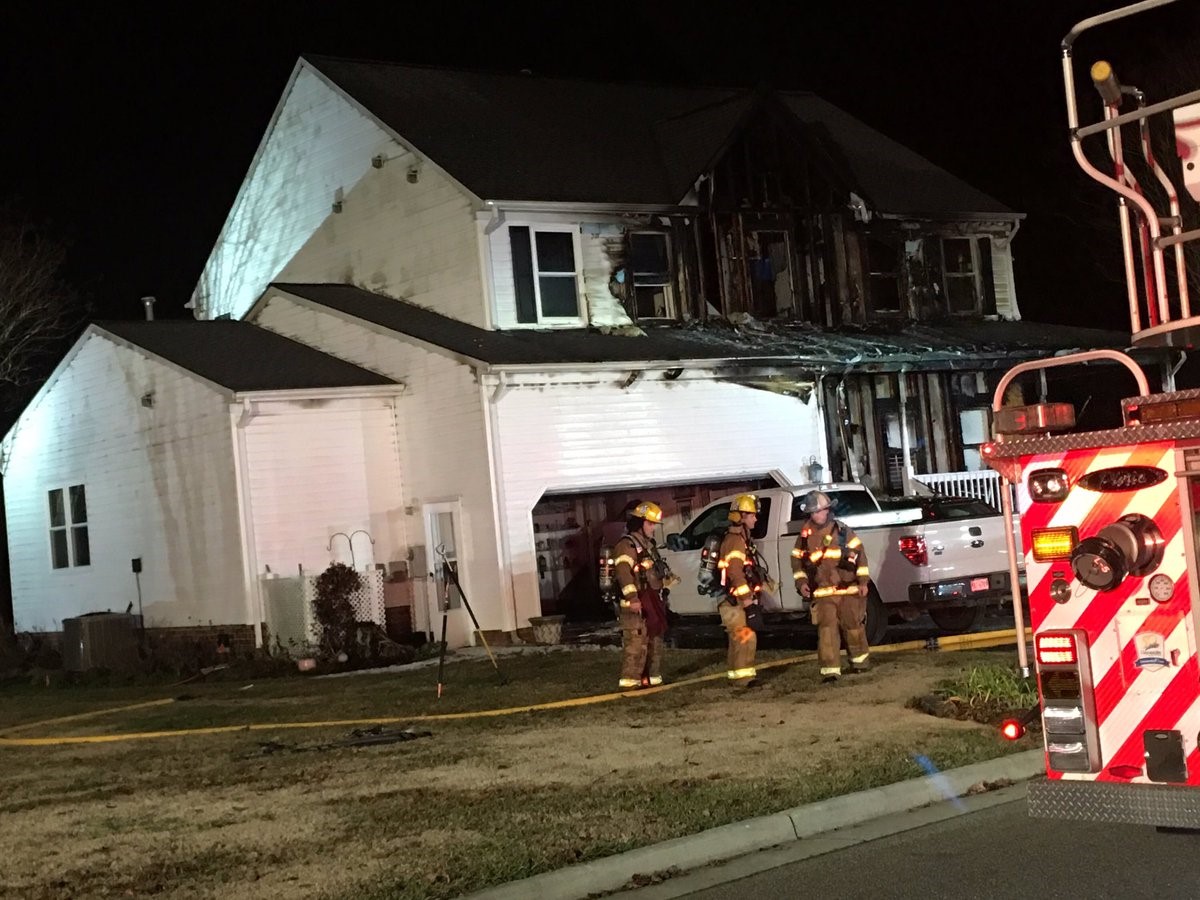 CHESAPEAKE, Va. – Two people have been displaced after a fire damaged their home in the 1000 block of Fairhaven Road Tuesday.

Firefighters were called to the home in the Great Bridge area of Chesapeake at 6:46 p.m., arriving six minutes later.

The first arriving company found smoke and flames coming from the two-story home.

Firefighters quickly initiated an attack and made sure all occupants were accounted for.

The home’s two adult occupants are staying with family.