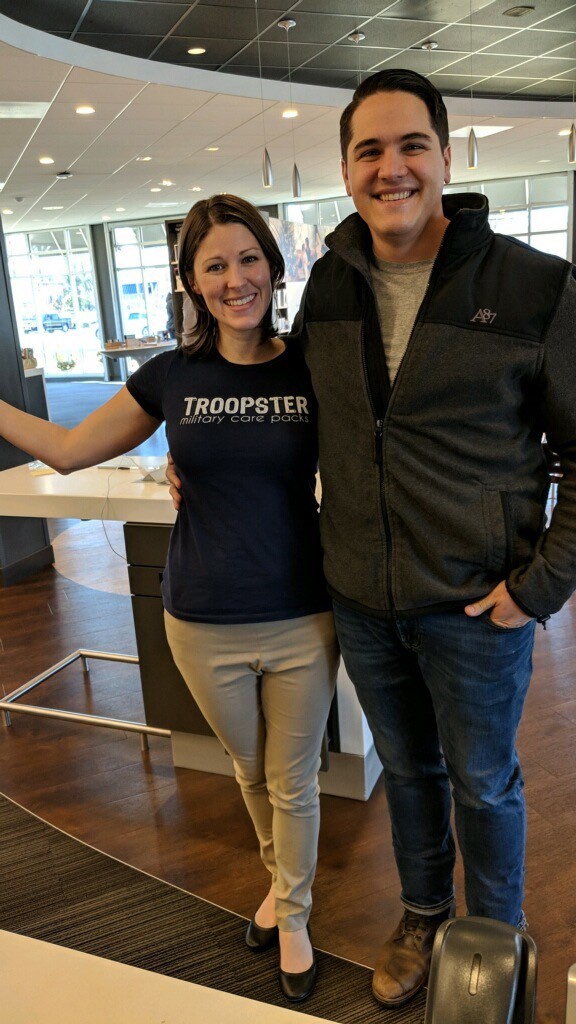 SUFFOLK, Va. – The local Navy woman who started a nonprofit that sends care packages to deployed troops received a holiday surprise of her own as a small token of appreciation for her service.

Verizon recently put out a call for nominations of deserving military families to receive a $1,000 holiday shopping spree, and Chelsea Mandello of Norfolk was nominated for the shopping spree by her fiancé, Travis DiPerna.

DiPerna raved about Mandello’s dedication to serving deployed troops as the founder of Troopster, all while serving our country as a service member herself:

Chelsea is the founder of Troopster, a service that sends care packages to deployed troops. Earlier this year she was recognized as the Microsoft #EmpowerPossibility winner, but more than that she is also the Veteran Person of the Year by the SBA. Honestly, Troopster means EVERYTHING to Chelsea, so much that she started it while she was serving active-duty in the Navy. She would stand 24-hour watches and then come home to pack deployment kits for troops overseas. She would wear business attire under her uniform so that during lunch breaks she could have a quick meeting in civilian attire then pull her uniform and combat boots back on to go back to duty. She has worked day and night on Troopster since 2015 and sent more than 5,000 care packages to deployed troops, many without families or friends to take care of them while overseas.

Mandello and DiPerna stopped by the Verizon store at 1202 N. Main Street Monday morning to pick out their favorite gadgets.

Mandello spoke to News 3’s Aleah Hordges about the nonprofit in April.