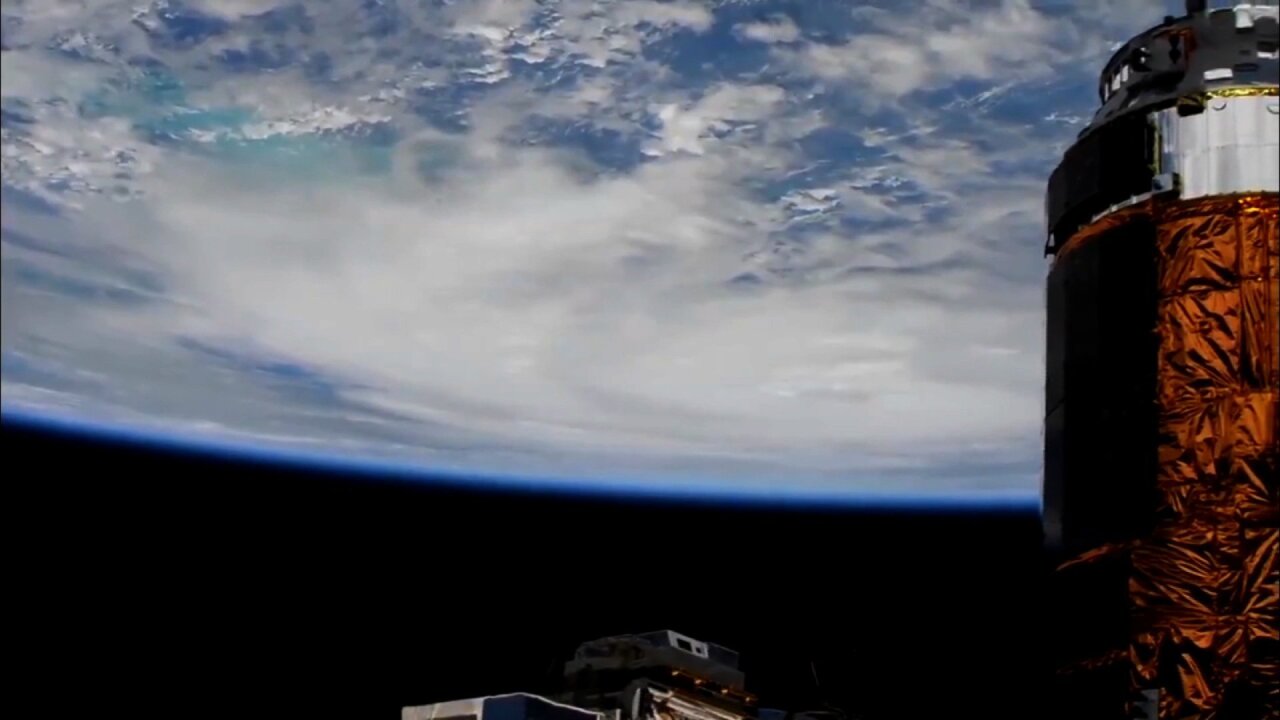 From International Space Station’s Twitter account: “Cameras outside the station captured views of Hurricane Michael at 12:13pm and 12:50pm ET Oct. 9 as the storm churned over the Gulf of Mexico moving northwest at 12 miles an hour.”

President Donald Trump will order in the coming days the establishment of a new military space command, a move that comes as Vice President Mike Pence plans two high-profile visits related to the US space program, three US officials tell CNN.

Pence will visit Kennedy Space Center at Cape Canaveral on Tuesday, and is expected to visit the Pentagon this week, in part to discuss Trump’s sought-after Space Force.

The White House did not respond to requests for comment.

A defense official familiar with the planned announcement told CNN that Trump is expected to announce the establishment of Space Command on Tuesday, and that Deputy Secretary of Defense Pat Shanahan and Vice Chairman of the Joint Chiefs of Staff Gen. Paul Selva will brief key members of the House and Senate Armed Services committees and Defense Appropriations subcommittees.

The official added that the anticipated White House announcement will say that Secretary of Defense Jim Mattis will provide Trump with nominations for the commander and deputy commander of Space Command and that the new command “will strengthen” space operations while also helping to “streamline command and control of time-sensitive operations” and “consolidate space operations under a single authority.”

The official said the White House will also label Space Command “a significant step in creating a separate and distinct Space Force.”

Two officials told CNN that Mattis will send a letter to the House and Senate Armed Services committees asking them to repeal a provision in the 2018 National Defense Authorization Act that establishes Space Command as a sub-unified command underneath Strategic Command. Trump’s expected order will skip this step, elevating it to the same level as Strategic Command.

“In concert with President Trump’s vision to ensure American national security is as dominant in space as it is on Earth and in cyberspace, the Department is developing plans for the establishment of a US Space Command and a US Space Force,” Shanahan’s spokesman, Lt. Col. Joe Buccino, told CNN.

Under the Air Force

Pence said during a previous Pentagon visit that the creation of Space Command would be a step aimed at helping the military launch Trump’s sought after Space Force, the first new military service since the 1940s. Unlike creating a new service, the creation of the command does not require an act of Congress.

Pence had announced during a December 12 visit to NASA that he will head to “The World’s Premier Gateway to Space” at Cape Canaveral to watch a satellite launch by SpaceX, the space transportation services company founded by Elon Musk.

Officials told CNN that the Pentagon is nearing completion of a draft proposal for a Space Force that would sit under the Air Force, but have many of the trappings of a separate service, resembling the Marine Corps’ relationship to the Department of the Navy.

Such an arrangement would need the backing of Congress, something hardly assured, given the Democrats’ take over the House after the 2018 midterms.

Many senior Democratic lawmakers have expressed skepticism about the new service.

“I am opposed to President Trump’s proposal for a ‘Space Force,'” Rep. Adam Smith of Washington state, the senior Democrat on the House Armed Services Committee, said in in a statement in September. “I am concerned that his proposal would create additional costly military bureaucracy at a time when we have limited resources for defense and critical domestic priorities.”

The Air Force previously estimated that the Space Force could cost $13 billion in its first five years, though Shanahan has argued that the price tag would be significantly lower, potentially falling under $5 billion.

Selva told reporters in August that there are approximately 18,000 US military and civilian personnel in the Department of Defense who are involved in space operations, helping to oversee some 140 satellites. Officials say that not all of these personnel will be part of the new Space Command.

A Pentagon report released in August said the new command will “improve and evolve space warfighting,” focusing on doctrine, tactics, techniques and procedures, making it akin to Special Operations Command, which provides a similar function for US Special Operations Forces, such as Navy SEALs and Army Special Forces.

“This new command structure for the physical domain of space, led by a four-star flag officer, will establish unified command and control for our Space Force operations, ensure integration across the military, and develop the space warfighting doctrine, tactics, techniques, and procedures of the future,” Pence said during a visit to the Pentagon in August.