Signage up for section of highway renamed after Obama 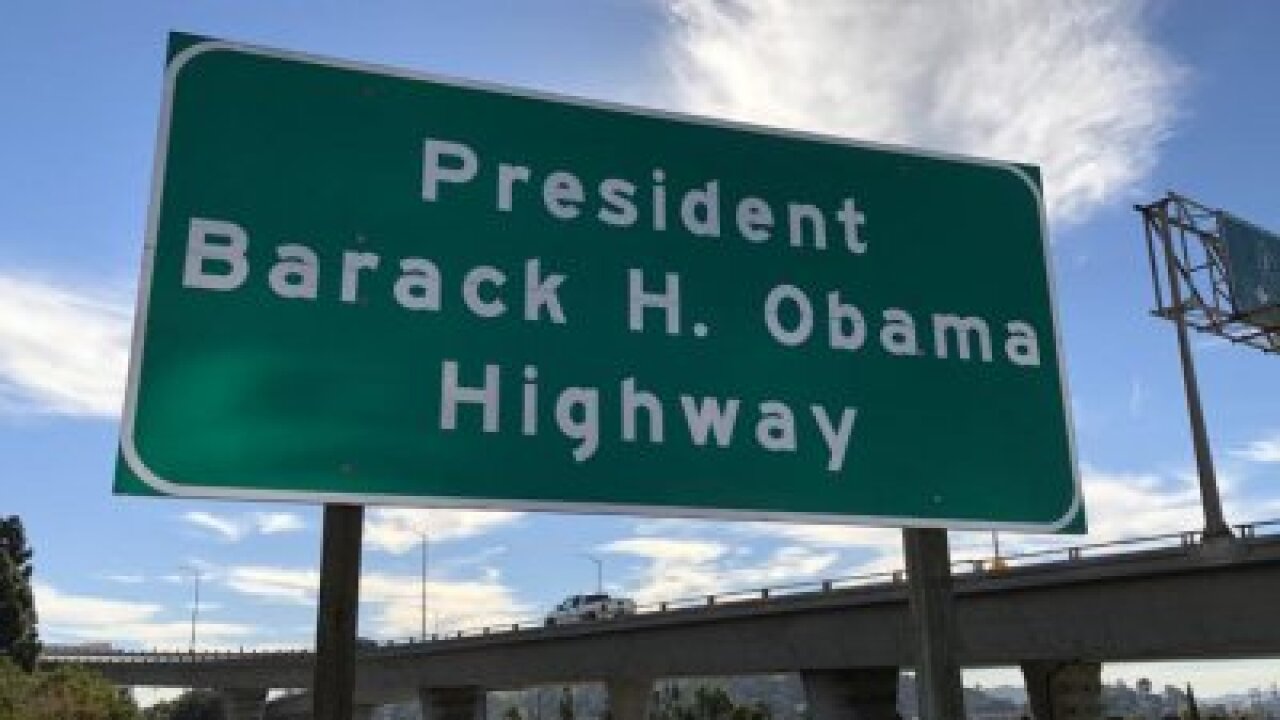 Signs renaming a stretch of the 134 Freeway after President Barack Obama were installed Thursday, according to KTLA.

The “President Barack H. Obama Highway” runs through parts of Glendale, Pasadena and Eagle Rock, between the 2 Freeway and the 210 Freeway.

The legislation to rename the stretch was announced by California state Sen. Anthony J. Portantino back in September 2017, after winning bipartisan support.

A year later in September 2018, state lawmakers gave the final approval and community leaders raised money for Caltrans to make the changes at a fundraiser hosted by Portantino and the Pasadena Community Foundation.

The renaming of the highway honors the former President Obama, who lived in Pasadena and attended Occidental College from 1979 to 1981.

“The President has often mentioned his fond memories of living in Pasadena and attending Occidental College, so it was very appropriate to name the portion of the freeway he travelled after him,” Portantino said in a news release. “Our community came together to make this happen. It is an honor to be in a position to have helped facilitate this wonderful symbol of our collective respect for the grace and dignity embodied by our 44th President.”

Portantino received offers from outside the state to pay for the sign, but chose to keep it local, the news release said.

Officials plan to have an official unveiling commemorating the president and the newly renamed freeway stretch sometime in the new year, according to the news release.