Tsunami in Indonesia kills at least 429 without warning

At least 429 people were killed, with hundreds more injured and missing, including members of a pop band, after a tsunami hit the coastline of west Java and Sumatra, Indonesia on Saturday.

There was no warning before the waves struck the Pandeglang district, said Sutopo Purwo Nugroho, head of public relations at Indonesia’s National Disaster Mitigation Agency.

The tsunami appears to have been triggered by a combination of underwater landslides caused by the eruption of the Krakatoa volcano in the Sunda Strait that lies between the islands of Java and Sumatra. 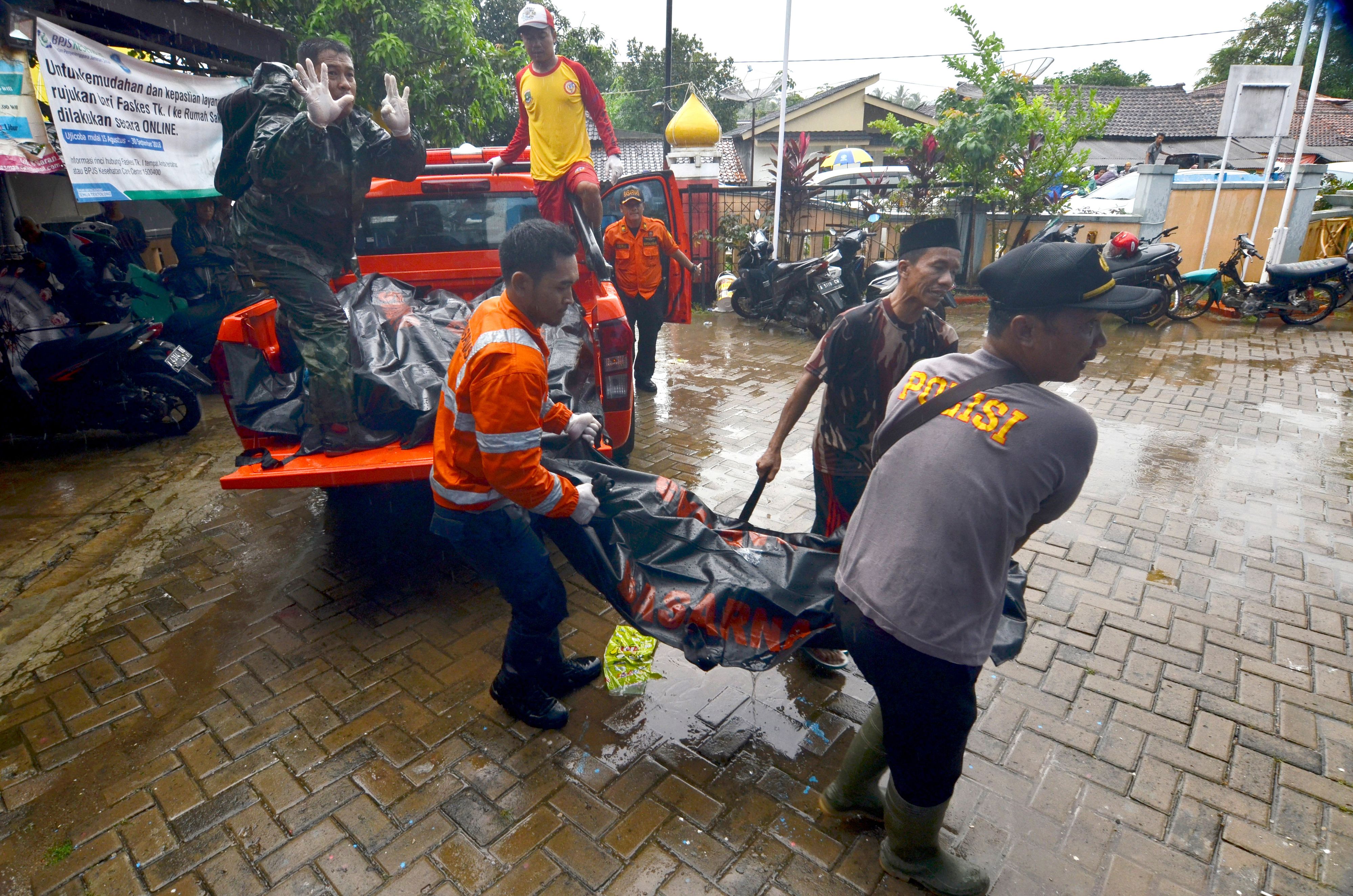 Eyewitnesses described fleeing for their lives as beachfront hotels and homes were swept away by a towering wall of water on Saturday evening.

The waves caused a stage to collapse in the Tanjung Lesung beach resort while holidaymakers and locals were watching the Indonesian pop band Seventeen.

One member of the band has been confirmed dead as well as the manager, according to the Jakarta Post. The newspaper said all the other band members were still missing.

Even though Indonesia was the worst country affected by the devastating Boxing Day 2004 tsunami that killed hundred of thousands of people, it still lacks the proper equipment to alert that a tsunami threat is coming.

“We need multi-hazard early warning system,” Nugroho said. “And we need lots of it.”

Nugroho pointed out that tsunamis are much faster and less predictable than tidal waves, which are caused by atmospheric conditions.

“We used to know that a tsunami happens after an earthquake. There was no quake last night. That is why there was no warning,” he said referring to the underwater landslides.

Nugroho said 843 people have been injured and 28 are currently unaccounted for.

As of now, no foreigners have been found to have been killed.

The tsunami comes less than three months after a 7.4-magnitude earthquake struck Palu on the island of Sulawesi killing 2,256 people.

A volcanic eruption in Krakatoa in 1883 was one of the deadliest in recorded history at the time, killing more than 36,000 people.

Kathy Mueller, a spokeswoman for the International Federation of Red Cross and Red Crescent Societies in Indonesia, told CNN that the organization expected the death toll to rise.

The United Nations’ World Food Programme said in a statement it stood ready to support the Indonesian government.

“We have teams on the ground specialized in disaster response and have been working for years with Indonesia to prepare for such disasters,” said Bettina Luescher, a senior WFP spokesperson.

“Our logistics experts can help bring aid supplies and aid workers to the affected areas. Upon request our experts will support the Indonesian government to assess the damage and assist in the response.”

In October, torrential rains and flooding triggered mudslides that wiped out part of an elementary school in Indonesia’s North Sumatra. Twenty people were killed.