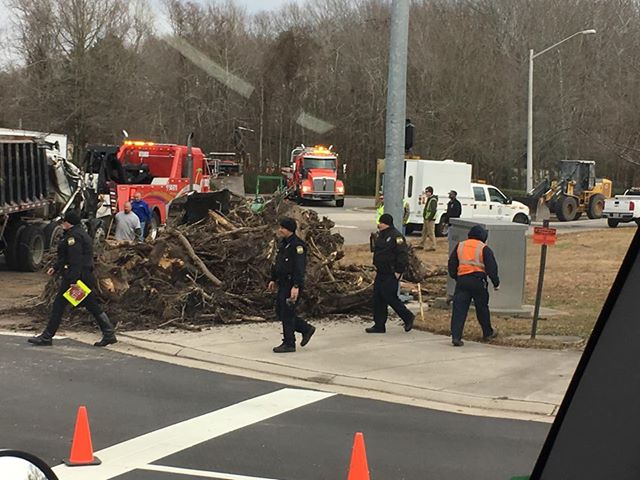 The incident occurred around 12:30 p.m. No injuries were reported, and no other vehicles were involved.