HENRICO COUNTY, Va. - No injuries were reported after a woman accidentally accelerated her car into a Henrico hair salon Saturday afternoon.

Around 12 p.m. on Saturday, Henrico Police responded to a call to the Thairapy Salon in Willow Lawn.

A woman, who had arrived at the salon for a hair appointment, accelerated her car into the salon instead of pressing the brakes to park upon pulling in to the parking space, CBS 6 reported.

After the woman was removed from the vehicle, salon staff helped clean her off and cut her hair as scheduled.

No charges will be pressed by the salon owners. 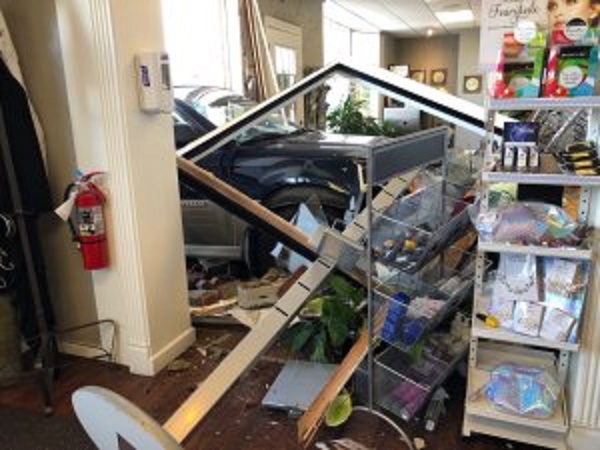