Who are they? Virginia’s fresh faces in Congress 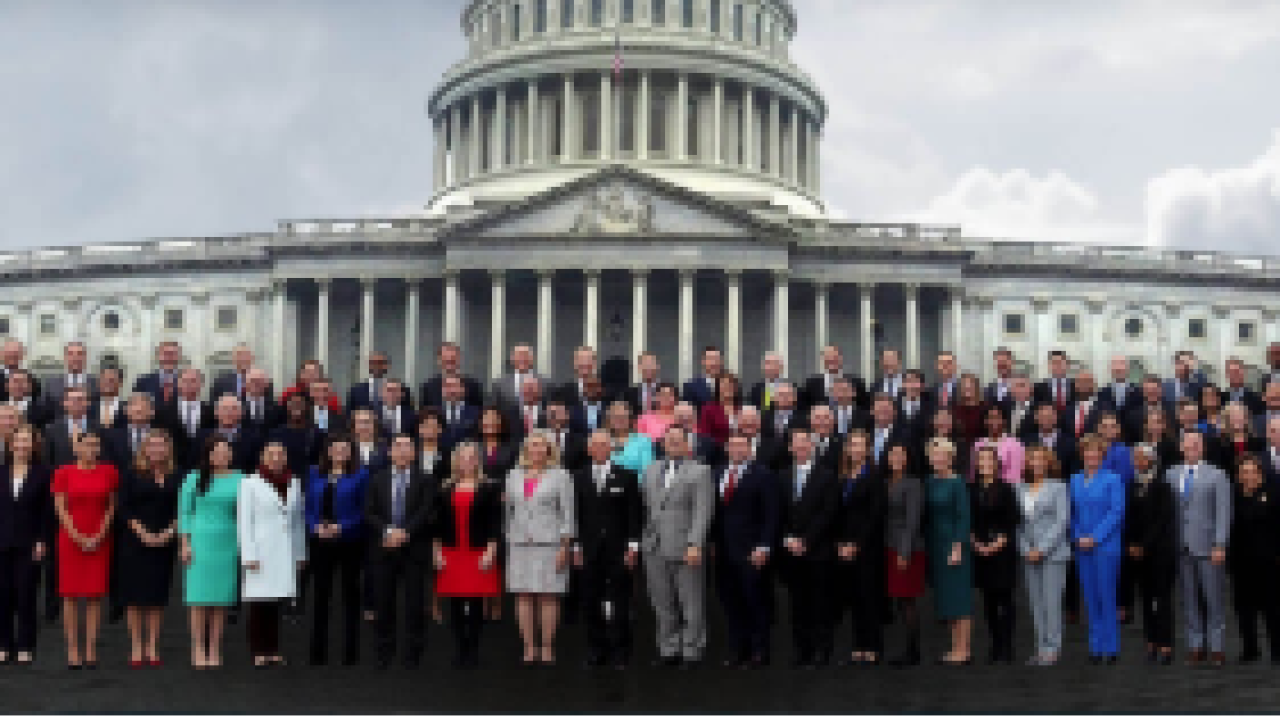 While new members of Congress enter and old ones leave, its time to learn about those who are representing Virginia on a national level.

Even though six representatives and two senators from Virginia have not changed, five new legislators were sworn in Thursday as part of the 116th United States Congress.

All five – Elaine Luria (D), Denver Riggleman (R), Ben Cline (R), Abigail Spanberger (D) and Jennifer Wexton (D) – will be starting their freshman year in the U.S. House of Representatives during the middle of a partial government shutdown.

Below is a little bit about the five new members of the U.S. House of Representatives that represent the Commonwealth.

Born in Birmingham, Alabama, Luria majored in physics and history when she attended the United States Naval Academy. graduating from the Naval Academy, Luria would go on to serve as a career officer in the U.S. Navy, retiring in 2017. Luria is also a small business owner, opening the Mermaid Factory’s Norfolk location in 2013 and the Mermaid Factory’s Virginia Beach location in 2015. Her win over former Rep. Scott Taylor in the 2018 midterm election came as a big win for the Democratic Party, who still did not know how good the chances were for Luria to win, even on the heels of what was political controversy regarding the collection of signatures for a third-party candidate – Shaun Brown – by members of Taylor’s campaign staff.

A former federal law enforcement agent and  CIA Officer, Spanberger announced she would be running for office in 2017. In one of her first moves as a member of Congress, she became one of only 15 House members, and the only from Virginia, to not vote for Rep. Nancy Pelosi of California as House Speake on Thursday. Spanberger is originally from New Jersey, has five kids and her family lives in Glen Allen, Virginia. In 2014, Spanberger left government service to begin a career in the private sector – working for EAB – Royall & Company in efforts to help colleges and universities to create diverse student bodies, increase graduation rates, and break down financial barriers to higher education, according to her campaign website.

After receiving his law degree from the University of Richmond in 2007, Cline became Chief of Staff for United States Representative Robert “Bob” Goodlatte before serving as a Virginia House Delegate from 2002 until his election to Congress in November 2018. While serving in the House of Delegates, Cline was also an attorney in private practice and previously prosecuted as an Assistant Commonwealth’s Attorney. Prior to that, and outside of politics, Cline owned his own small business providing marketing assistance to rural internet and high-tech companies.

A former Air Force veteran, Riggleman is hoping his business skills as a distillery owner will help him in Congress. During the 2018 midterm election, his Democratic opponent for Virginia’s 5th District Leslie Cockburn, tweeted Riggleman was “a devotee of Bigfoot erotica.” She also said he had been campaigning with a white supremacist. Riggleman denied both charges in an interview with CNN.

Wexton is from Leesburg, Virginia, and was born in Washington D.C. After receiving her undergraduate degree from the University of Maryland College Park, she went on to get the Juris Doctor at William and Mary Law School in 1995. From 2001 to 2005, Wexton served as an Assistant Commonwealth’s Attorney for Loudoun County, prosecuting felony and misdemeanor criminal and traffic cases in all of the Loudoun Courts. Among them were a number of high-profile cases, including the 2002 murder trial Commonwealth v. Clara Jane Schwartz. In 2010, Wexton was selected by the Chief Judge of the Loudoun Circuit Court to serve as a Substitute Judge in the District Court. Wexton was elected to the Virginia Senate in January 2014, in a special election to take the 33rd district seat of the newly-elected Attorney General, Mark Herring.