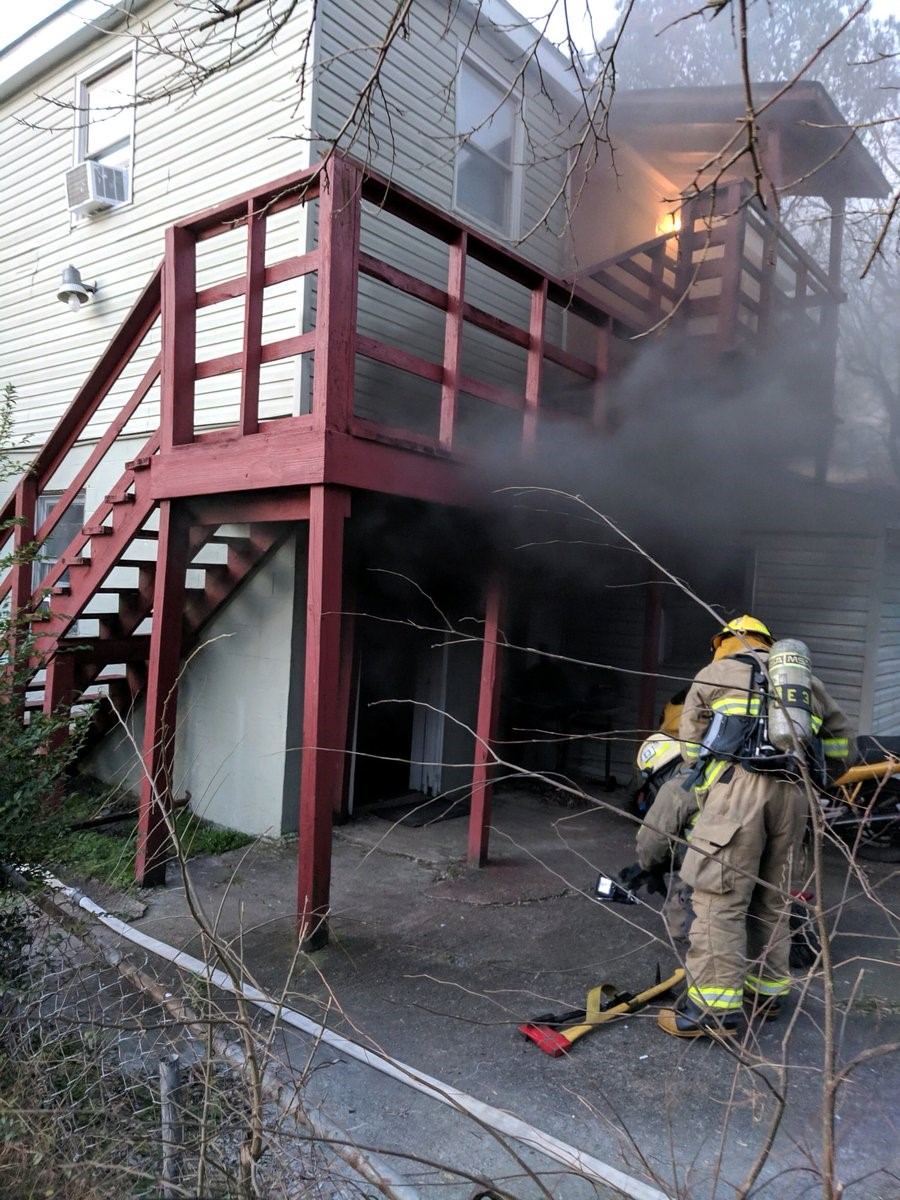 SUFFOLK, Va. – Seven people have been forced out of their home after a fire in the 400 block of Culloden Street Tuesday evening.

The first units with Suffolk Fire & Rescue arrived on scene at 5:11 p.m., reporting moderate smoke coming from the back of the structure.

Residents evacuated the two-story duplex in the South Suffolk neighborhood before firefighters arrived.

Crews called the fire under control at 5:26 p.m.

Authorities say while the fire was contained to the floor of origin, both units of the duplex suffered smoke damage.

The Red Cross is assisting those who have been displaced.

The Suffolk Police Department provided traffic control at the scene.

The fire marshal’s office is investigating the origin and the cause of the fire.