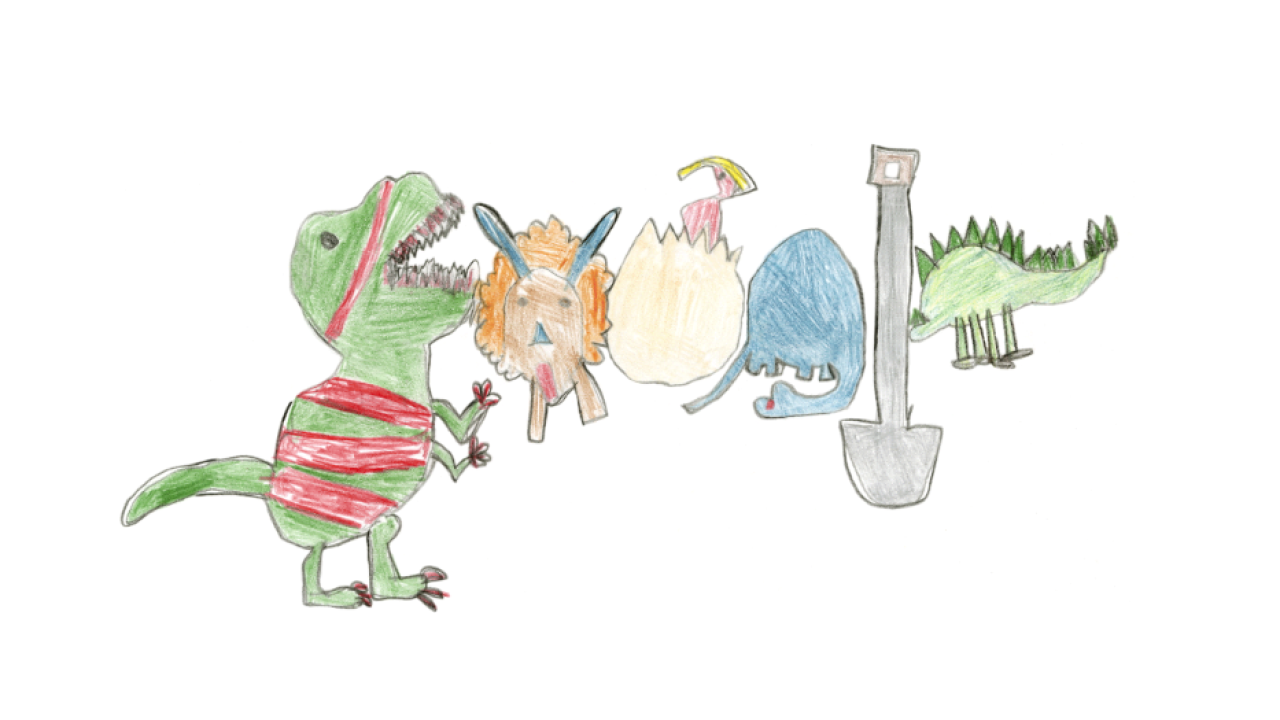 HAMPTON ROADS, Va. — While First grader Sarah Gomez-Lane may have a few years before she can actually collect a paycheck from the tech and media giant Google, the Falls Church, Virginia, native was the winner of the 2018 Doodle 4 Google contest.

Gomez-Lane won the 2018 Doodle for Google contest with her drawing of dinosaurs that depict the letters Google as well.

According to Google, the 10th Doodle 4 Google contest is one that is open to kids in Kindergarten through the third grader. And, Gomez-Lane will now over the summer have the opportunity to collaborate with the Doodle team to bring her artwork to life. She’ll also receive $30,000 toward a college scholarship, and her elementary school in Falls Church, Virginia, will receive $50,000 to spend on technology to help students like Sarah continue to pursue what inspires them.

Google says when asked how she felt about being a finalist, Gomez-Lane says she was “surprised.”

In the ten years that Google has put on its Doodle 4 Google contest, this is the first year that the National Winner will have the opportunity to turn their submission into an animated, interactive Doodle featured on the Google homepage.