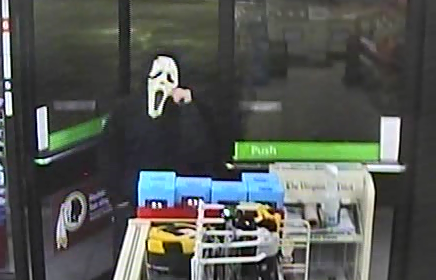 PORTSMOUTH, Va. – One robbery in the City of Portsmouth turned out to be like something straight out of a horror movie for 7-Eleven employees.

Detectives with the Portsmouth Police Department’s Major Crimes Unit were investigating a robbery that happened at the 7-Eleven in the 1500 block of Airline Boulevard on January 10.

Authorities said a suspect, who was said to be a white man, entered the store wearing a mask resembling the villainous character Ghostface from the famous “Scream” movie franchise. They say he demanded money before fleeing on foot toward Brighton Street.

On January 23 police said they made an arrest in connection with the incident. 37-year-old Richard Wayne Gilbert Jr., has been charged with the commercial robbery and police added he has also been charged with two attempted robberies of the same location. One of the alleged attempts was on December 16, 2018 and the other January 15, 2019.

No injuries were reported during the robbery.