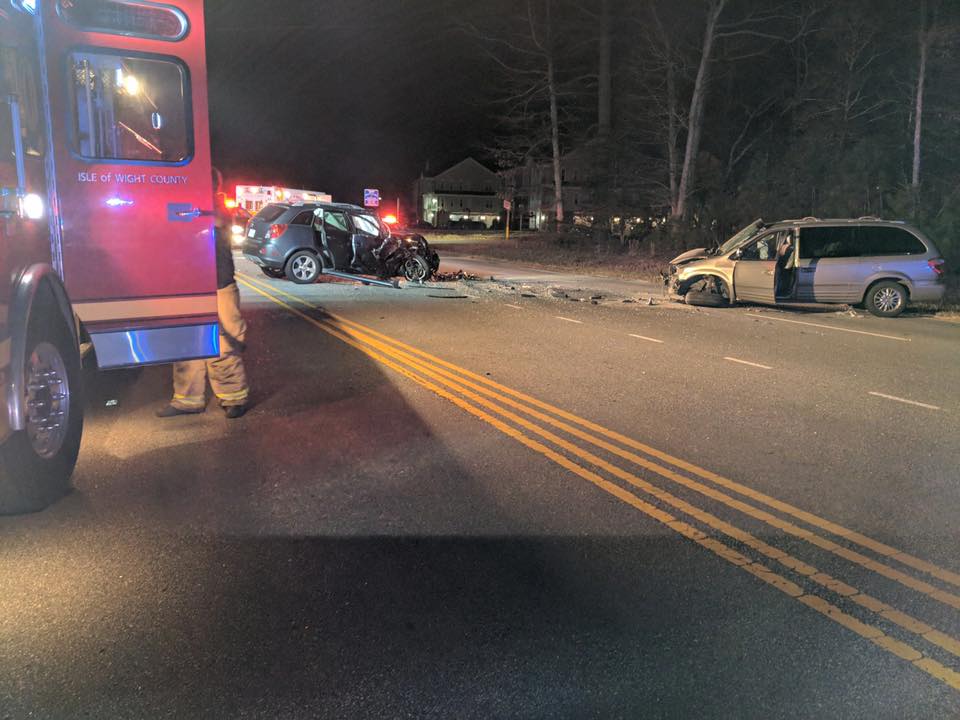 According to the department, the call came in at 2:36 a.m. for a reported vehicle collision with injuries in the 13000 block of Smith’s Neck Road. When crews arrived, they found that two vehicles had crashed head-on, with heavy damage.

Medic crews treated patients on-scene, then took them to local medical centers. A second medic unit was requested during treatment.

Virginia State Police troopers, Isle of Wight sheriff’s deputies and crews from the Isle of Wight Volunteer Rescue Service responded to help with clean-up and traffic control, and all personnel from Carrollton were cleared by 3 a.m.