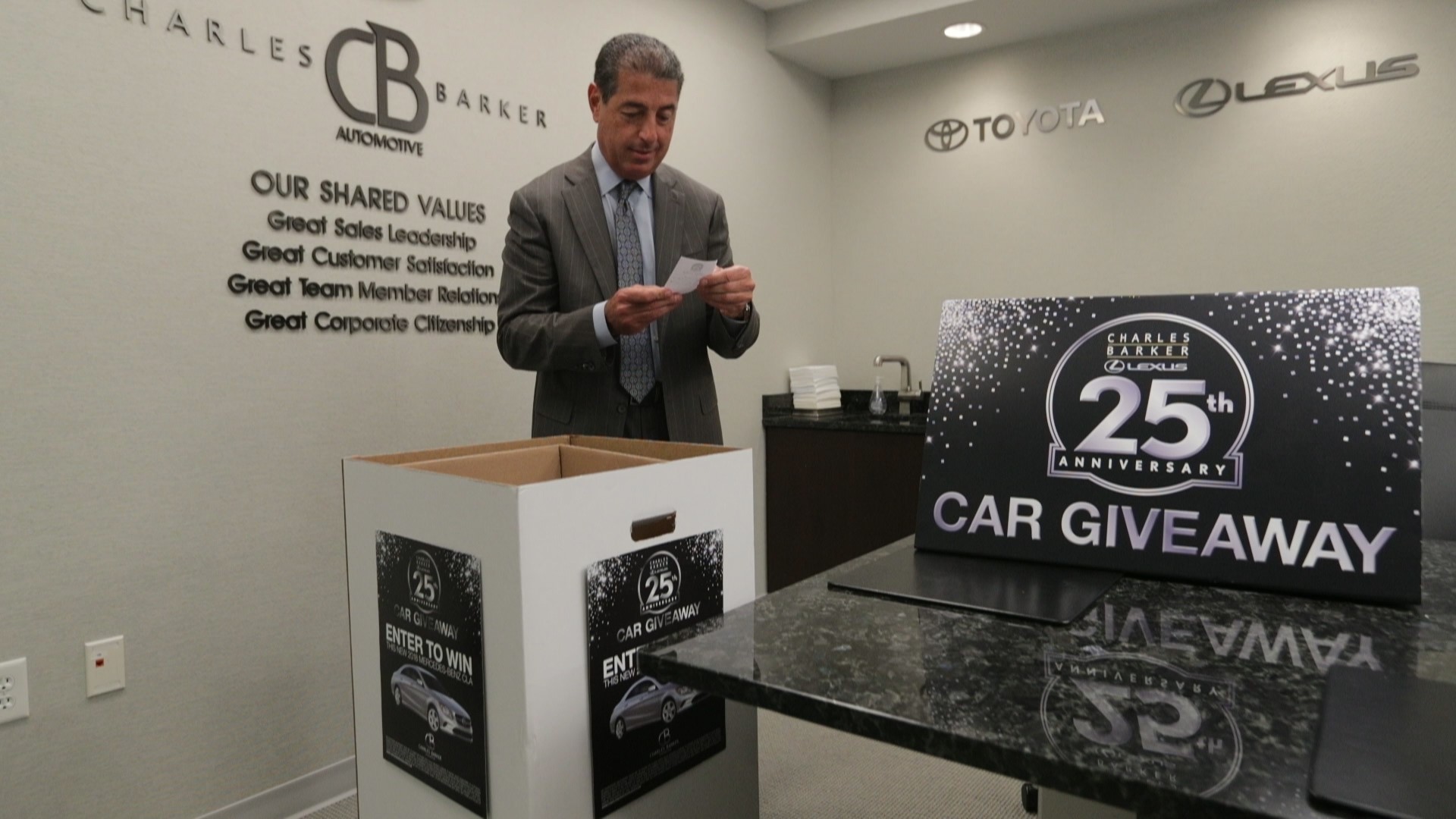 Anyone who entered the giveaway had a chance of winning  one of three silver cars: 2019 Toyota Camry, 2018 Lexus NX, or the 2018 Mercedes-Benz CLA.