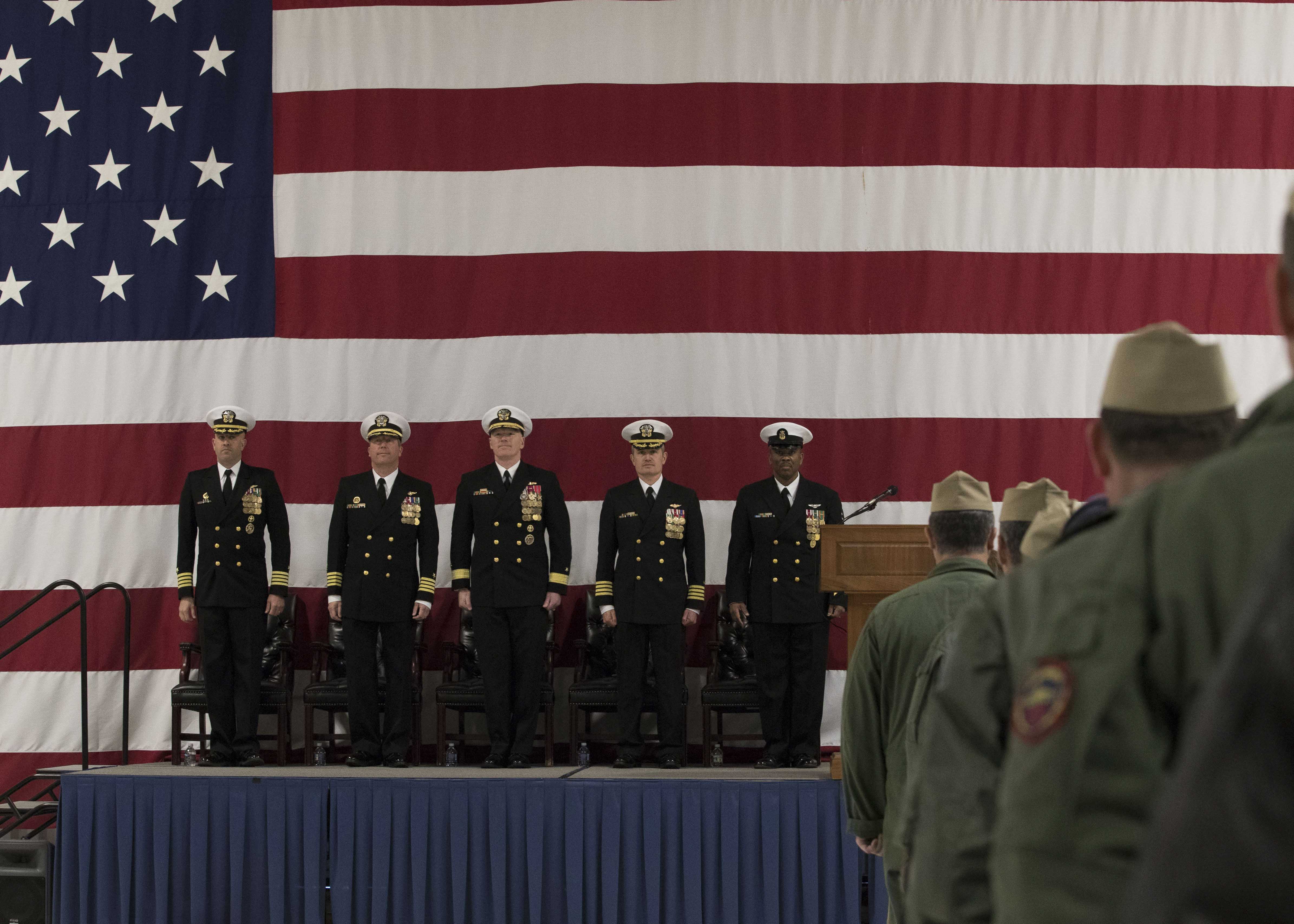 Bixby assumed command of CVW-7 in July 2017. During his tour, the Freedom Fighters transitioned from Carrier Strike Group Eight (CSG-8) to Carrier Strike Group Twelve (CSG-12) aboard the USS Abraham Lincoln (CVN 72). CAG Bixby led CVW-7 through the transition and subsequent maintenance phase, while preparing them for their upcoming deployment. Bixby will retire Aug. 1 with 26 years of active duty service.

Reed has recently served at the Pentagon with OPNAV N80. During that tour he was sent on an Individual Augmentation (IA) as one of three Battle Directors for United States Air Force Central Command Combined Air and Space Operations Center (CAOC), forward deployed to Al Udeid Air Base in Qatar. He was born in Cary, Illinois, graduated from the United States Naval Academy in 1995, and was designated a naval aviator in May 1998.

Reed’s vision for the air wing is a single word: serve. “Serving out, and serving in – serving out, the air wing provides the Abraham Lincoln Strike Group with lethal and professional air power,” said Reed. “Serving in, the air wing develops generationally focused warrior leaders at all levels.”

The components of CSG-12 embody a “team-of-teams” concept, combining advanced surface, air and systems assets to create and sustain operational capability. This enables them to prepare for and conduct global operations, have effective and lasting command and control, and demonstrate dedication and commitment to become the strongest warfighting force for the Navy and the nation.