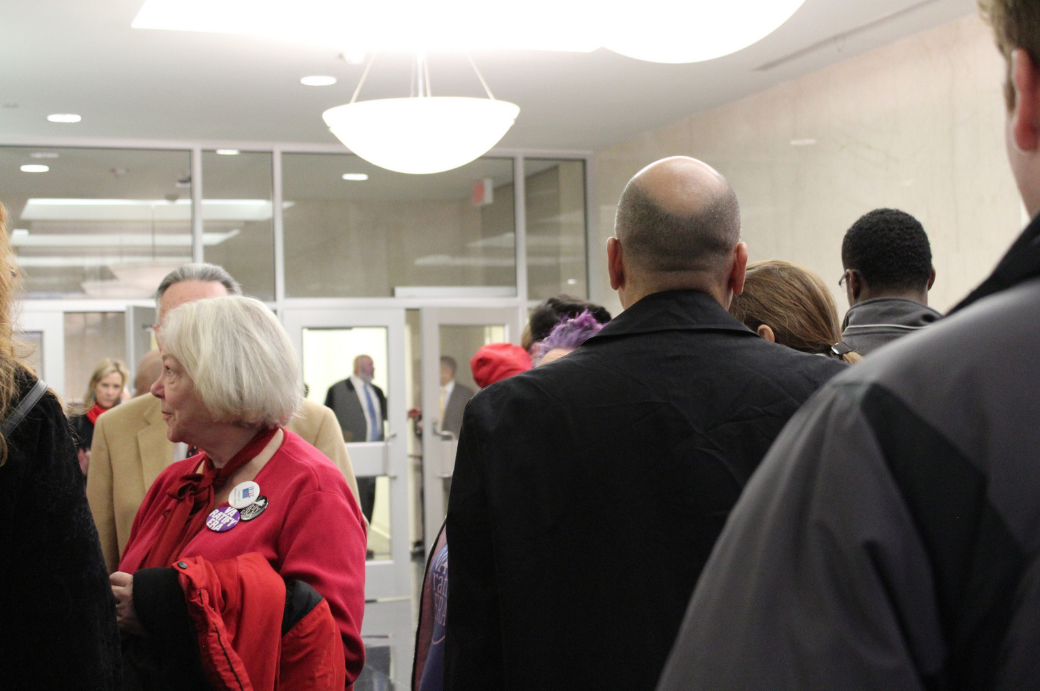 RICHMOND, Va. — Faculty members from colleges and universities across Virginia converged on the Capitol on Thursday, urging legislators to provide more funding for higher education and ensure affordable college degrees for future generations of students.

Higher Education Advocacy Day drew professors like Brian Turner, who chairs the political science department at Randolph-Macon College. He noted that the State Council of Higher Education for Virginia has developed a plan to guide the colleges and universities in the commonwealth. “The Virginia Plan for Higher Education’s goal for Virginia is to be the best-educated state by 2030,” Turner said.

To make that a reality, faculty members asked members of the General Assembly to allocate money for salary increases, boost tuition assistance and increase student access to higher education.

are hoping that with higher salaries, they will be able to offer a higher-quality education to students.

As a group, Virginia’s college and university faculty members said they support a bill by Del. David Bulova, D-Fairfax, to increase transparency on gifts that public institutions receive from donors that are subject to the Freedom of Information Act. Turner said House Bill 2386 would help ensure that donations enhance the curriculum and provide more accountability on how institutions spend their money.

Speaking with delegates and senators, some faculty members also expressed their concerns over Title IX policies. Some have questions about legislation sponsored by Del. Joseph Lindsey, D-Norfolk, pertaining to accusations of sexual violence on campus. Lindsey has introduced two bills (HB 1830 and HB 1831) that would allow students to have attorneys present at any campus disciplinary hearing or sexual assault hearing.

Another higher education issue is a bill proposed by Del. Lashrecse Aird, D-Petersburg, that would prohibit public colleges and universities from asking student applicants about their criminal history. Under HB 2471, schools could not “deny admission to any applicant on the basis of any criminal history information.”

“Your criminal history should not be deterring you from being able to pursue education. And in my bill, there’s a line that says this is really about the application,” Aird said. “If they do get admitted and let’s say, for some instance, you have a student that wants to live in on-campus housing, the institution can then request their criminal history.”

In making the rounds at Capitol Square, participants in Higher Education Advocacy Day spoke with Sen. Richard Stuart, R-Fredericksburg, about his bill to give students a voice on tuition increases. Under SB 1204, “No increase of undergraduate tuition or mandatory fees approved by a governing board of a public institution of higher education shall take effect unless such increase receives an affirmative vote of at least two-thirds of undergraduate students enrolled in such institution.”

Faculty members fear that would make it impossible to raise tuition.

“I don’t think you could round up two-thirds of the student body to vote for free beer,” Turner said.

By Emily Holter and Madison Manske