Hundreds march for women and minority rights in Richmond 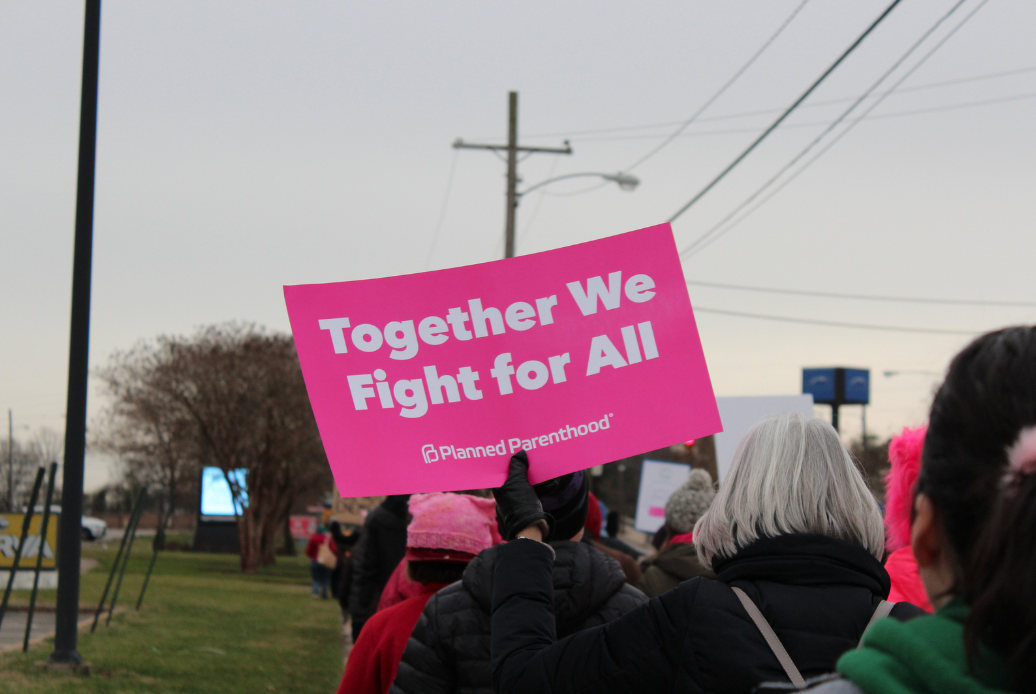 The two-mile reprise of the 2017 Women’s March began at 9 a.m. at the Arthur Ashe Jr. Athletic Center as participants holding brightly decorated signs walked toward the intersection of West Broad Street and North Boulevard.

“What do want? Equal rights. When do we want them? Now,” demonstrators chanted in support of both women and minority rights.

Demonstrators made their way back to the Arthur Ashe Center around 10:30 a.m. for an expo where speakers urged reform, marchers danced to empowering music and dozens of vendors sold handmade products and spread awareness about social justice movements.

“I often times get asked … where is this surge of energy from women coming from?” said Del. Jennifer Carroll Foy, D-Prince William, who spoke at the expo. “I like to tell them, it’s always been in us.”

Carroll Foy sponsored legislation to ratify the Equal Rights Amendment — which prohibits sex-based discrimination — in efforts to make Virginia the 38th and final state necessary to include the ERA in the U.S. Constitution.

“We now know we must have a seat at the table,” Carroll Foy said. “We have to be where the decisions are being made and where the laws are being written.”

“Every issue is a woman’s issue,” McClellan said. “We’ve had a long, complicated history. And now we fight and we march today to make sure our voices are heard.”

Spanberger thanked the work of “strong women” who helped send a total of 126 women to Congress during the 2018 midterms.

“For anyone who needs something to show their daughters or young people or anyone else,” Spanberger said, “look at who’s in Congress. Look at what we have happening in Congress.”

Spanberger — who beat Republican Rep. Dave Brat in one of Virginia’s most hotly contested races of the 2018 midterm elections — represents Virginia’s 7th District in the most diverse Congress to step foot in Washington.

“We have women from all over the country,” Spanberger said. “We have our first Muslim women. Our first Native American women in Congress. We have our youngest woman ever in Congress.”

Nearly a quarter of the 116th Congress is made up of women, the most in U.S. history, according to Pew Research.

“I love seeing women in power,” said 11-year-old Natalie Rodriguez, who participated in the march, “because I know that when my grandma was growing up, it wasn’t like that.”

Several speakers also addressed immigrant rights. Some expressed frustration with the now-longest partial government shutdown in U.S. history. The U.S. entered the shutdown Dec. 22, 2018, stemming from a deadlock over President Donald Trump’s $5 billion funding request for a U.S.-Mexico border wall.
“By shutting down the government, that’s sort of like saying, ‘I’m not going to reopen until you give me my wall,’” said march organizer and local activist Seema Sked. “It’s very childish.”

As a Muslim woman, Sked focuses her advocacy efforts toward fighting Trump’s travel ban, fighting Islamophobia and creating equity for immigrants. She recently traveled to Tijuana, Mexico, to help asylum seekers with the interview process.

“Just to see the conditions that folks are in, and to see the children, and how everyone’s so desperate to find a better life and a safe place,” Sked said, “that’s really, really important to me because I look at that and think that could be me.”

This is the second year that Women’s March RVA has held an event after having been inspired by the National Women’s March held annually in Washington. The march took place a week earlier than the organization’s sister marches, giving Richmond residents the opportunity to partake in one or both events.

The National Women’s March will take place in Washington at 10 a.m. next Saturday.

By Saffeya Ahmed and Corrine Fizer