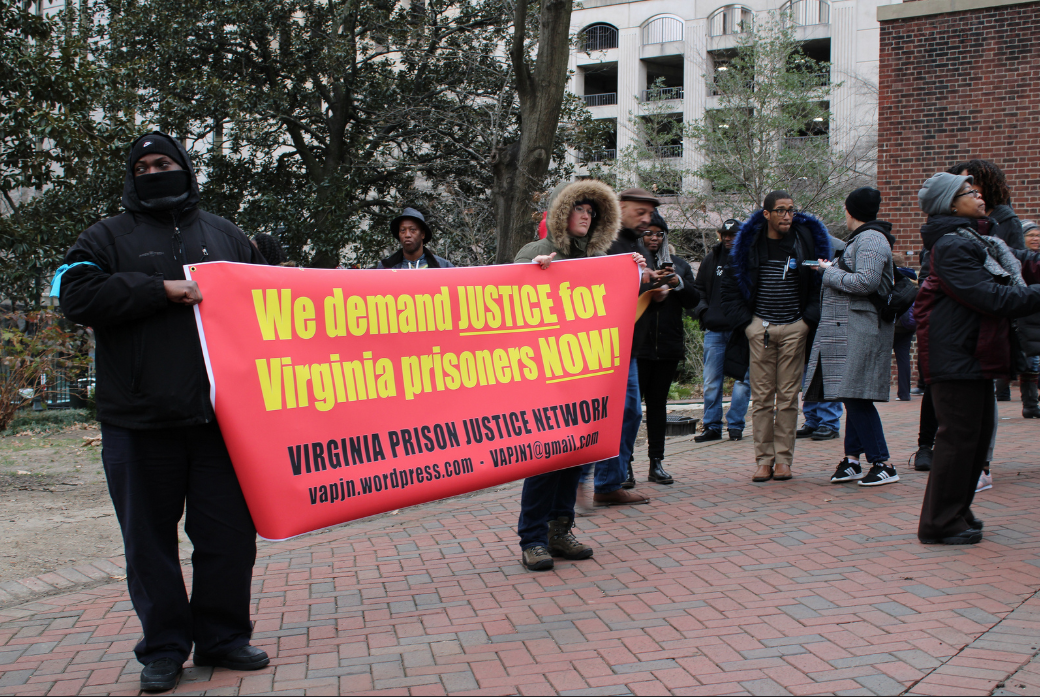 RICHMOND, Va. — Dozens turned out for a rally hosted Saturday at the Capitol in support of bills introduced to the General Assembly that would reinstate parole for some incarcerated Virginians.

Virginia ended discretionary parole in 1995, but those sentenced before the law went into effect are still eligible. HJ 644, introduced by Del. Vivian Watts, D-Fairfax, would direct a study into the reinstatement of discretionary parole, which releases an offender before he/she completes his/her sentence.

The study is a start, said Lillie Branch-Kennedy, founder of Resource, Information, Help for the Disadvantaged and Disenfranchised, a statewide support group for prisoners and their families. But she says she doesn’t want to see it stop there.

“We don’t want it to go to a study and just die away, go away, fade away,” Branch-Kennedy said.

A portion of the rally addressed the “Fishback” cases, incarcerated Virginians who were sentenced after the abolishment of parole but before a Supreme Court ruling that jurors had to be made aware that their sentences would be carried out fully.

“The jurors were not told that parole was abolished [prior to the ruling], thereby giving them sentences thinking they would be eligible for parole,” Branch-Kennedy said.

SB 1437, introduced by Democratic Sen. Jennifer McClellan of Richmond, would make those prisoners eligible for parole. Branch-Kennedy said this would apply to about 300 incarcerated people in Virginia.

Other bills supported by the Virginia Prison Justice Network — which organized the rally — address data collection on solitary confinement and the reinstatement of felon voting rights. On Wednesday, a Senate committee killed two measures to amend the Virginia Constitution to give people convicted of a felony the right to vote, but a similar bill remains. SJ 283 would reinstate voting rights for felons that made restitution and completed their sentences.

“The biggest part [of getting legislation passed] is going to be trying to get people to show up for the committee meetings,” said Joseph Rogers, an organizer for the Virginia Prison Justice Network.

Rogers noted the rally’s increased attendance from a similar event last year, despite Saturday’s forecast of a late-afternoon winter storm.

“I am hoping that we do get the opportunity to have people testifying at the General Assembly committee meetings,” Rogers said. “Just as we saw how powerful these statements from prisoners impacted the crowd here, we can only imagine how much that can actually impact the legislators.”

Del. Joseph Lindsey, D-Norfolk, is sponsoring HB 1745, which would make people in prison for crimes they committed as juveniles eligible for parole after having served 25 years of their sentences.

James Braxton, who spoke at the rally, is a director for juvenile justice reform group RISE for Youth.

“But today, I’m speaking with you as someone who was formerly incarcerated,” Braxton said.

Braxton, whose charges included attempted robbery, was one of several formerly incarcerated people to speak at the rally, and representatives read statements from prisoners serving sentences in facilities throughout the state.

Braxton recalled his experience in prison. He said that upon entering, he was given a bucket with two small bars of soap, a toothbrush and a little bit of toothpaste meant to last months. He said when he left prison, he was given few resources — similar to his situation prior to being incarcerated, when he “barely” graduated high school and found himself without a support system.

“I had to start from scratch [upon release], sleeping on my grandmother’s floor,” Braxton said. “It wasn’t until an opportunity was offered to me that changed my life. But it had nothing to do with the system, and the system had the opportunity to do that. That has to change.”