At least 11 dead in attack at Nairobi hotel complex 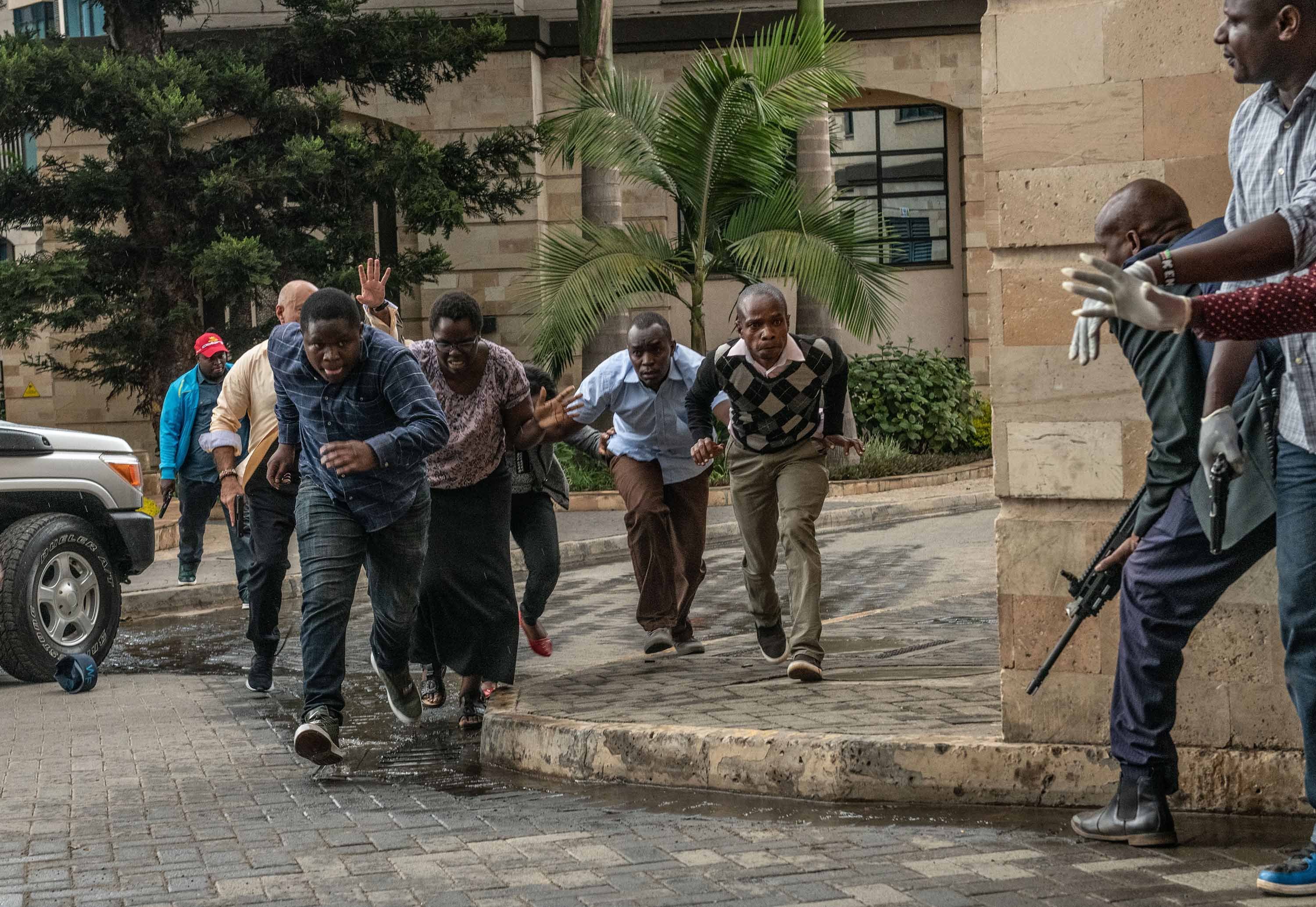 Kenyan security forces have secured the buildings in Nairobi where gunmen mounted a deadly attack Tuesday, a government official said.

“The security teams have evacuated scores of Kenyans and other nationalities from the (hotel and office) buildings,” Ministry of Interior and Coordination of National Cabinet Secretary Fred Matiang’i said in a statement. “We are now in the final stages of mopping up the area and securing evidence and documenting the consequences of these unfortunate events.”

At least 11 people have been killed during what police described as a “suspected terror attack” at the complex in the Kenyan capital, said a source at the hotel assisting with security.

The source called the death toll “conservative” and expected it to rise: “I saw six dead on the footpath exit over the river and five more at the secret garden cafe.”

Heavy gunfire and an explosion sent people running for their lives Tuesday afternoon at the compound in an affluent neighborhood. Footage from the scene showed armed officers escorting office workers and injured people to safety as the sound of shots rang out. Cars in the compound could be seen aflame as a helicopter flew overhead.

The coordinated attack began at a bank inside the complex, with an explosion targeting three vehicles in the parking lot, followed by a suicide blast in the hotel foyer, where guests sustained severe injuries, Joseph Boinnet, inspector general of Kenya’s national police service, told reporters.

The number of people hurt in the attack has not yet been confirmed, but local hospitals have issued urgent appeals for blood donations.

The Somali Islamist militant group Al-Shabaab claimed responsibility for the attack, according to SITE Intelligence Group.

Anti-terror units, other law enforcement agencies and ambulances rushed to the scene on Riverside Drive in Nairobi’s Westlands neighborhood as people with bloodied clothes could be seen fleeing the complex. Nearby, students from the University of Nairobi’s Chiromo campus were evacuated onto the street.

Social media featured posts from people trying to get in touch with friends still stuck inside the compound. Some said their text messages weren’t getting through.

The Red Cross has asked families searching for loved ones to call into its dedicated tracing hotline for help.

“As we were leaving, there were gunshots all over the place,” Evans Ng’ong’a, who was inside the complex, told CNN. “Attackers jumped over the fence and started shooting after the explosion.”

Ng’ong’a shared videos and photos on Twitter of an ongoing police operation.

The attack drew immediate comparisons to the 2013 Westgate mall attack in Nairobi when Al-Shabaab extremists killed 67 people at the luxury shopping center.

Tuesday marks the three-year anniversary of an Al-Shabaab attack on the El Adde military base, which left more than 140 Kenyan soldiers dead.