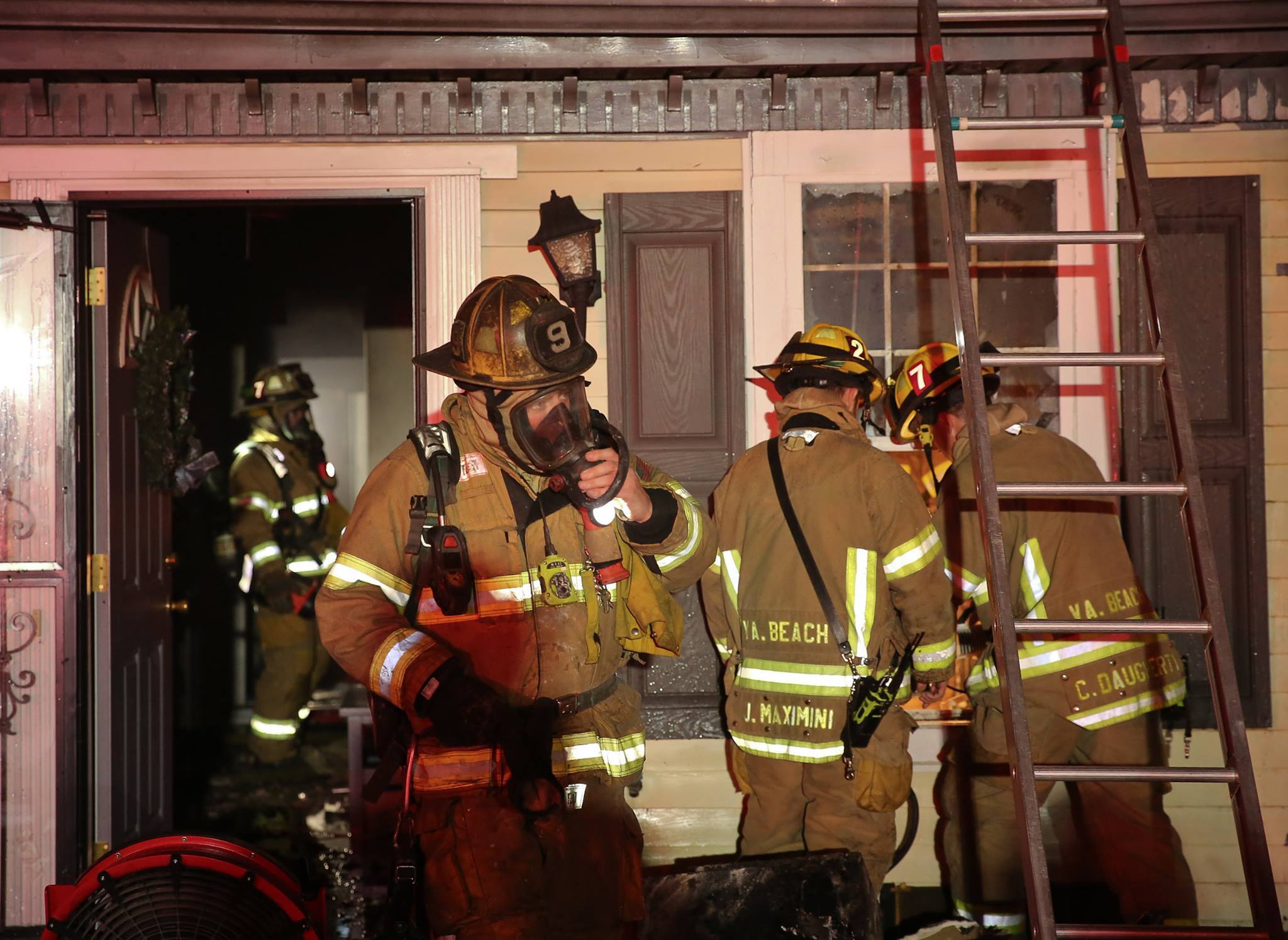 VIRGINIA BEACH, Va. – Three people were displaced after a townhouse fire in the 5100 block of Condor Street Saturday night.

At around 5:51 p.m., the Virginia Beach Fire Department responded to the fire, in the North Ridge section of the city. When crews arrived, they entered the home to rescue the family’s dog, who was brought out so medics could administer oxygen. After several minutes, the dog began to come around.

The fire was under control within 10 minutes.

One citizen was treated and released at the scene, and no injuries to firefighters were reported.