ATLANTA, Ga. – In Super Bowl LIII, the Los Angeles Rams are the “new blood” – as they take on a New England Patriots team playing in its third straight Super Bowl and fourth in five years.

However, despite being the fresh face in the world’s biggest game, the Rams will have an “old school” look on Super Sunday.

As the designated home team, Los Angeles will wear its blue throwback jerseys and helmets vs. New England. According to the Atlanta Journal Constitution, the San Francisco 49ers are the only team to have worn a throwback or alternate uniform in a Super Bowl (Super Bowl XXIX in 1995).

The Patriots will reportedly don their white tops – a jersey in which they’ve won three Super Bowl titles.

Since returning to Los Angeles from St. Louis in 2016, the Rams have frequently featured their color scheme from 1973-1999. According to CBSSports.com, the team has used the yellow and blue jerseys for six different home games this season — including a divisional round victory vs. the Cowboys.

The blue/yellow scheme was worn when the Rams won Super Bowl XXXIV, in Atlanta, in 2000. However, during that game vs. Tennessee, the Rams wore white jerseys.

News 3 is your home of Super Bowl 53 in Atlanta. The game will be played on February 3rd, with kickoff set for 6:30 p.m. Sports Director Adam Winkler will have LIVE coverage from Atlanta the week leading up to the game on News 3. 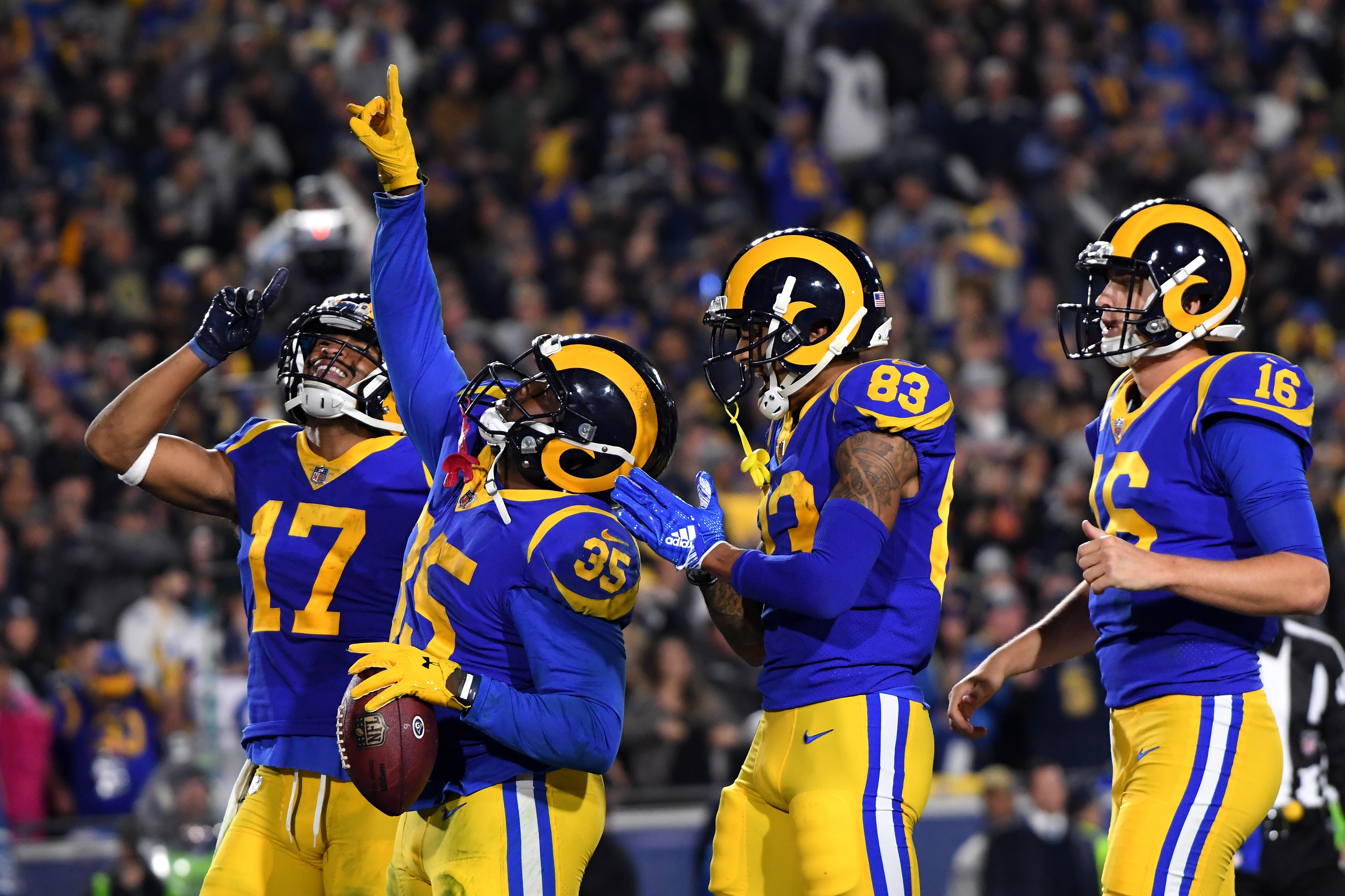