NEWPORT NEWS, Va. - A 78-year-old woman is dead and a daughter is left motherless after a police chase Wednesday in Newport News - and a suspect who went on the run was taken into custody Saturday morning without incident.

At a press conference Thursday, officials stated that the driver of the vehicle that led police on a chase was Chaikim Reynolds. He is charged with involuntary manslaughter and eluding or disregarding police.

They also said the victim in the crash who died was 78-year-old Elizabeth Verley. Her daughter is in critical condition at a local hospital.

Officials said that 20-year-old Darrell Pittman, who has felony warrants out for his arrest, was arrested at 12:35 a.m. in Chesapeake. His existing warrants include firearms charges. 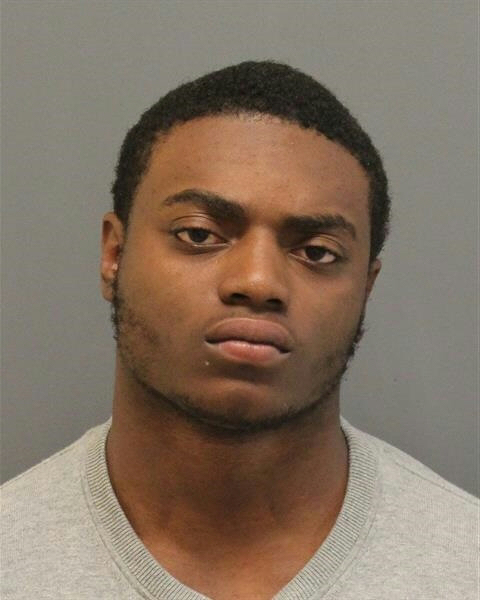 Around 5:45 p.m., police say a vehicle was spotted in the area of Boykin Lane and Jefferson Avenue. Officers were then notified that Reynolds was reportedly driving the car with violent felony warrants on file.

When officers tried to initiate a traffic stop, Reynolds allegedly took off going south on Jefferson Avenue and crashed into a second vehicle that had Verley and her daughter inside.

#RIGHTNOW Scene still insanely active. You can see where that crash happened on Jefferson Ave and Habersham Dr. Two victims are in the hospital both in serious conditions. pic.twitter.com/HVSXQtFVMl

Newport News Police Chief Steve Drew said there were five people inside Reynolds' vehicle, which contained two firearms "in plain view." Four of those suspects, including Reynolds, were detained at the scene and are currently being questioned.

Authorities believed Pittman fled into the woods after the crash. Drew said Pittman is well-known to the police department and that finding him was "top priority" because he was likely armed and highly dangerous.

Reynolds' charges of reckless driving, driving without a license, failure to obey traffic signals and a seat belt violation were nolle prossed in August 2019.