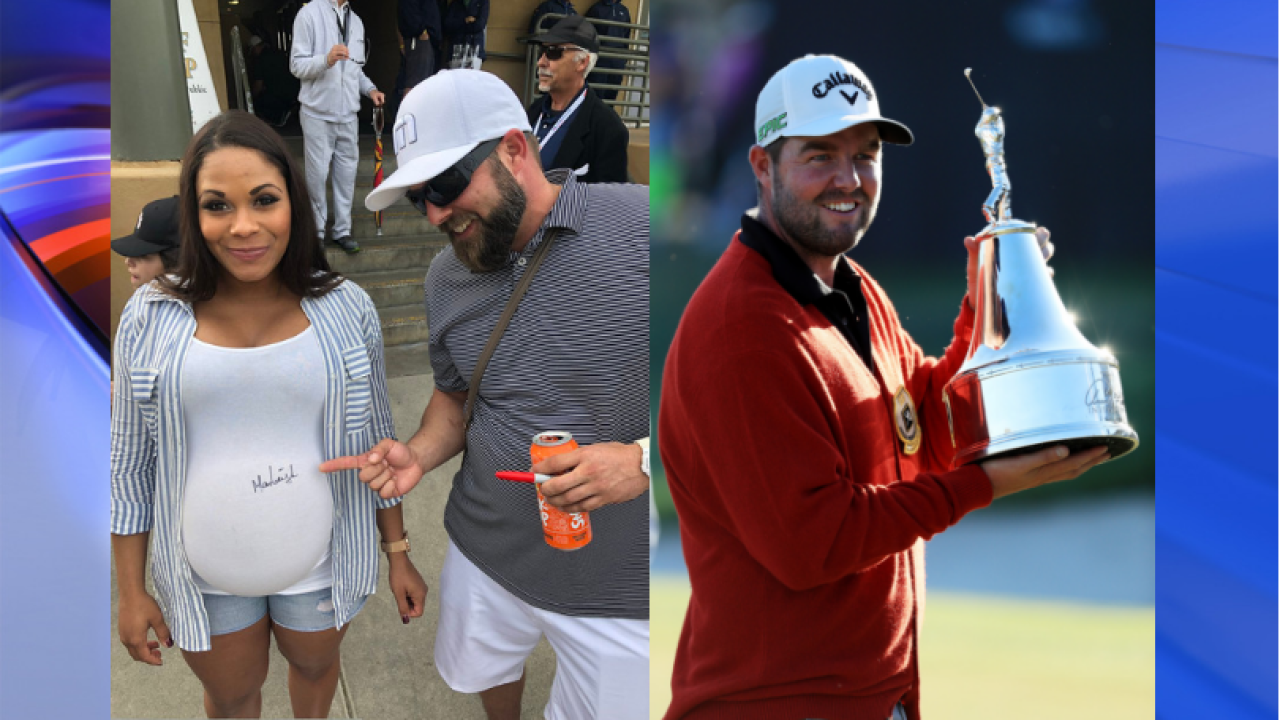 Yes, the pro golfer fulfilled an odd autograph request. In a tweet after his round, Leishman revealed that he signed a baby at Torrey Pines Golf Club. The baby? It’s still in its mother’s stomach, as the photo appears to show Lieshman’s autograph on the outside of the white shirt worn by a pregnant female.

Leishman, the 16th ranked golfer in the world, is tied for 27th place after his opening round of 68 (4-under par) at the Farmers Insurance Open.

John Rahm leads the tournament at 10-under par.