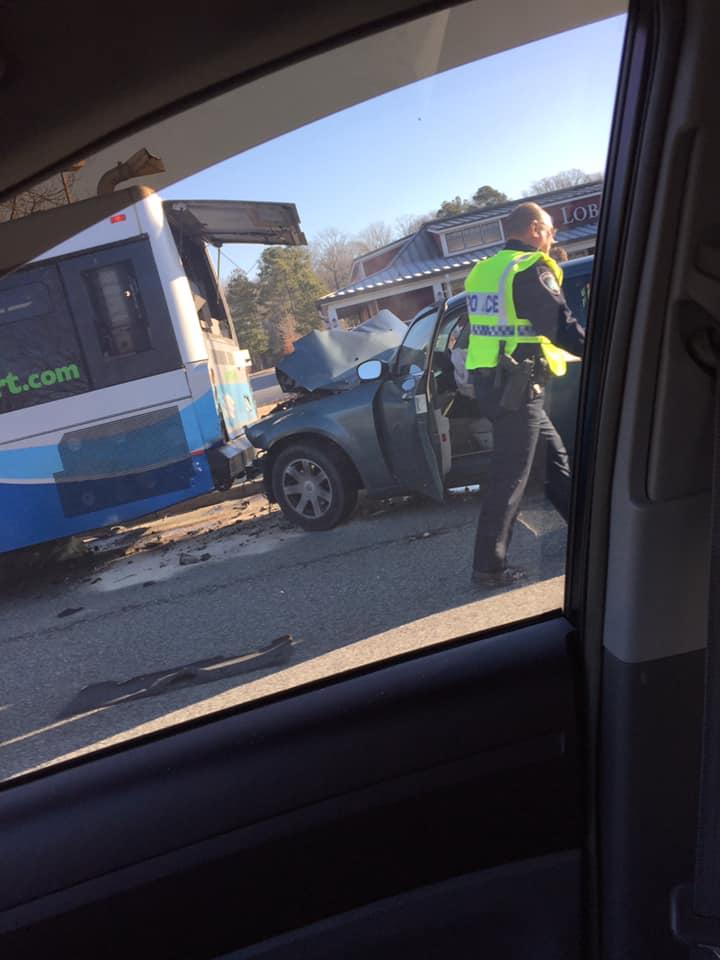 According to dispatch, the call was received at 8:50 a.m. for the crash, which happened at the intersection of Jefferson Avenue and Bland Boulevard near the 12000 block of Jefferson Avenue. Police say the bus was stopped to pick up passengers when the driver of the other vehicle, an adult man, hit the bus.