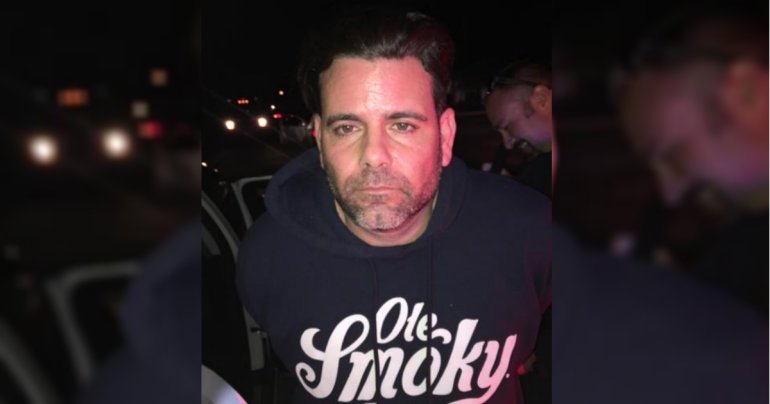 CHESTERFIELD COUNTY, Va. — A Virginia fugitive, arrested over the weekend in Florida, will be charged with a Chesterfield abduction.

Michael E. Moore, 46, was arrested Saturday when police in Flagler County, Florida realized he was driving a stolen car.

That car, police said, was taken during a January 19 robbery and abduction in Chesterfield, CBS 6 reported.

It was a Saturday afternoon when officers said Moore entered NurseSpring, along the 9100 block of Midlothian Turnpike, and was being helped by a woman who worked here.

“The suspect grabbed the victim; while displaying a handgun, he bound her wrists and ankles and covered her mouth. The suspect left the victim at the business, but stole her 2018 Nissan Versa,” police said.

“The vehicle stopped, but the driver, identified as Michael E. Moore, 46, did not immediately exit the vehicle. Ultimately Moore, of the 4900 block of Packard Road in Henrico, surrendered and was taken into custody,” the police spokesperson continued.

Chesterfield Police planned to charge Moore with robbery, abduction, use of a firearm in the commission of a felony, possession of a firearm by a convicted felon, and grand larceny once he’s extradited back from Florida.

Moore was previously featured on the television show “America’s Most Wanted” for a crime he committed in the 1990s.

In March 1996, Moore stabbed his estranged wife dozens of times, stole her car, and drove to Florida with their then five-year-old daughter.

He was arrested in California after he was featured on “America’s Most Wanted,” the Richmond Times-Dispatch reported at the time.

He was later sentenced to 20 years in prison on an aggravated malicious wounding charge.

Both his estranged wife and daughter survived the 1996 crime.

Police continue their investigation into the Jan. 19 incident. Anyone with information should contact the Chesterfield County Police Department at 804-748-1251 or Crime Solvers at 804-748-0660.