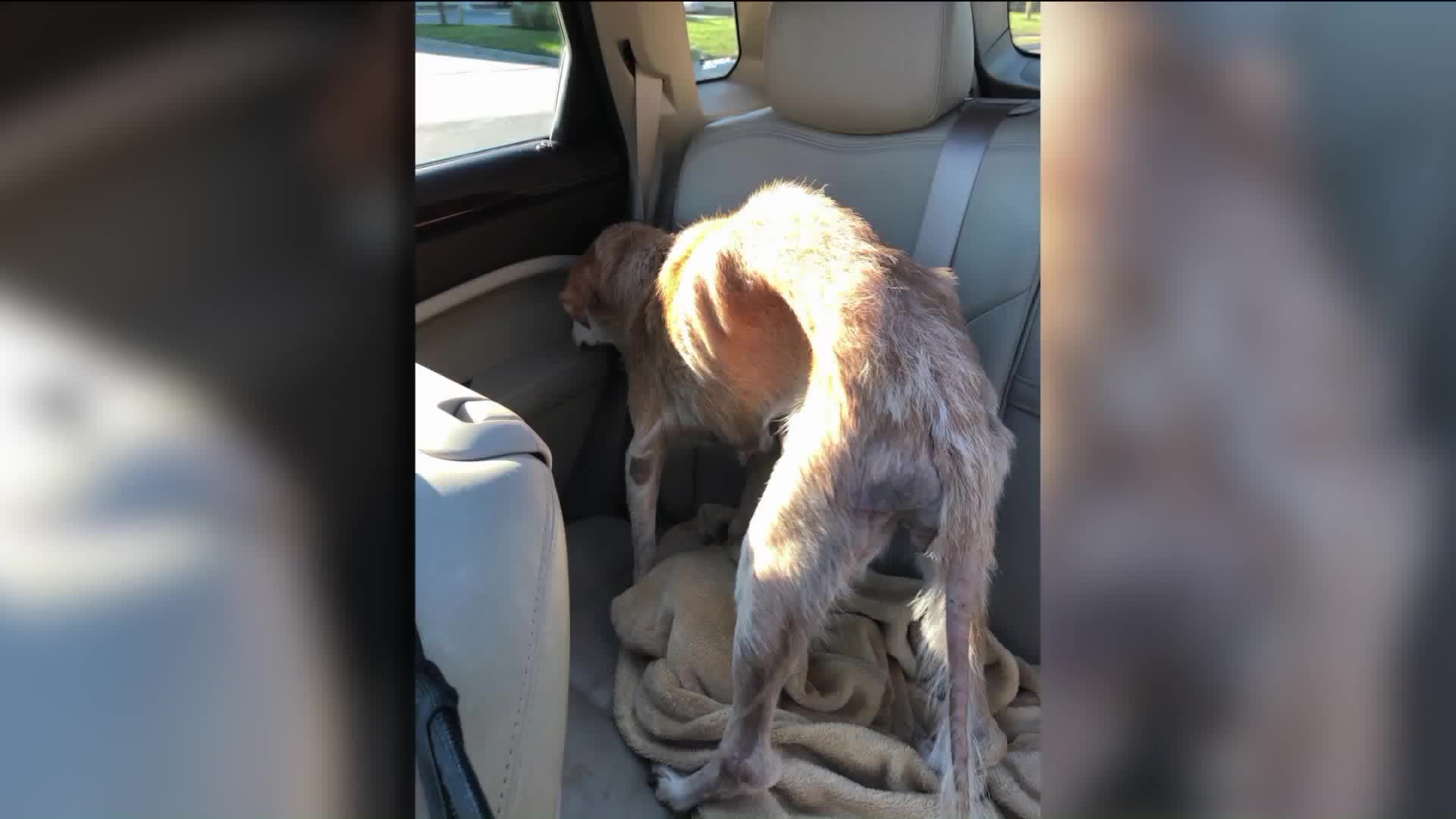 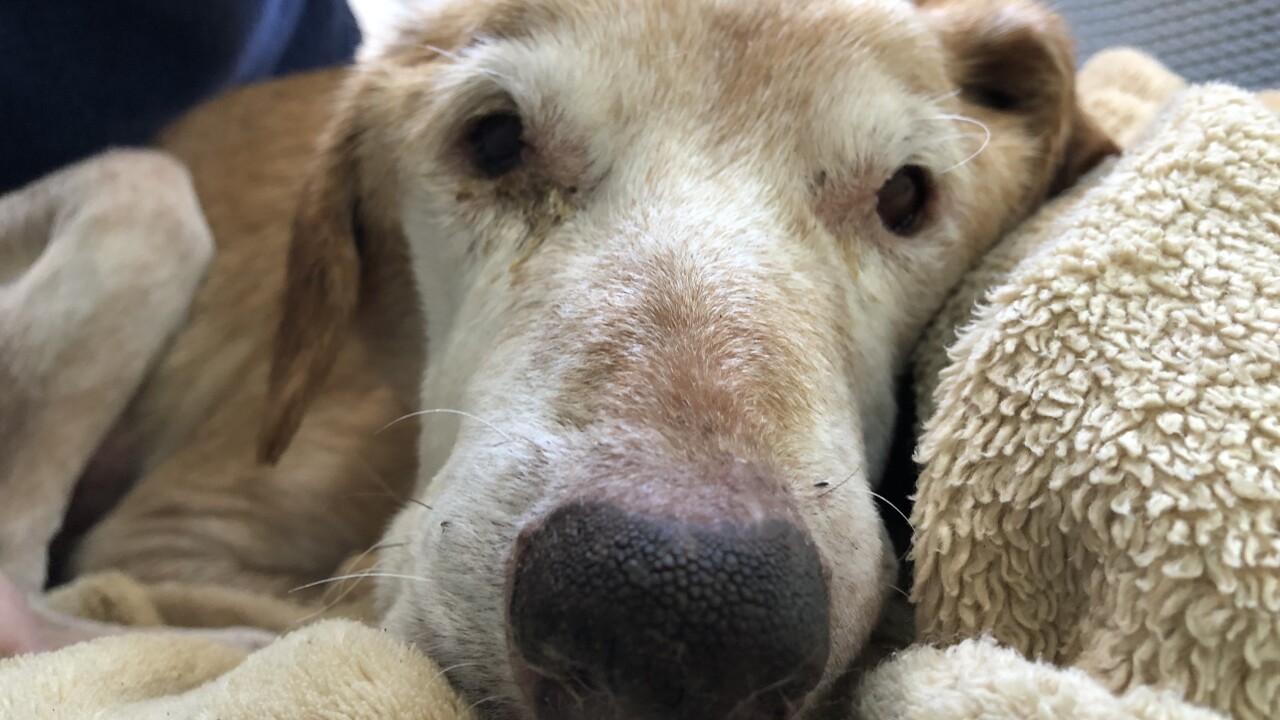 NORFOLK, Va. - A 15-year-old dog who was days away from death is getting a second chance at life.

When Ruby was found inside her Norfolk home, rescuers said she looked more like a skeleton than a family pet. They say she was emaciated, had hardly any hair and had a large tumor on her side. They didn't think she would survive for more than a week, but Ruby had other plans.

"She just blows our mind every single day with how well she is doing," said Melissa Crampton with Dogs Deserve Better, the rescue agency caring for Ruby. "We didn’t think she was going to survive."

Ruby was rescued from a home on West 38th Street in November. According to Norfolk Police, Animal Control responded to the home several times after neighbors reported hearing a barking dog. Neighbors took to Facebook with their concerns, trying for days to get someone to help the dog who they believed was being neglected.

After Animal Control's third visit to the property, the owner turned Ruby over to the authorities.

"She was placed in the basement she had no visitors, no nothing," said Crampton.

Ruby was taken to a vet, despite their best efforts they didn't know if she would survive. Dogs Deserve Better, an animal rescue group, then took Ruby to their facility in Smithfield where caretakers tended to her around the clock.

Ruby began showing signs of improvement early on. Her hair has grown back, her eyes are now brighter and she has began to wag her tail. The only thing that hasn't changed is the large tumor on her side. Vets said they are not able to remove it because of Ruby's age.

Ruby's former owner, Renard Morton, was charged with Animal Cruelty earlier this month. News 3 went to his home today to see if he had anything to say about the charge, but no one answered the door at his home.

His first court date is scheduled for February 12 in Norfolk General District court.

Ruby's supporters say they also plan to go to the hearing.

"We are hoping that we can find justice for her. We want to get exposure, this isn't right," said Crampton. "Do I want to wish bad on anyone? No. But they need to pay."

To help care for Ruby and other dogs like her being treated at Dog's Deserve Better, visit their website.