RICHMOND, Va. - As Virginia's governor and attorney general face racist photo allegations, a statement from Lt. Gov. Justin Fairfax Wednesday admits that he had a "consensual encounter" with the woman who has accused him of sexual assault. He still denies any wrongdoing.

In a statement released on Twitter, Fairfax said that 15 years ago he had what he believed was "a consensual encounter with the woman who made the allegation" while attending law school at Columbia University.

Fairfax said the first time he heard the woman he had the relationship with felt uncomfortable about the encounter came in 2018, when a national publication approached him about allegations she had made.

"While this allegation has been both surprising and hurtful, I also recognize that no one makes charges of this kind lightly, and I take it and this situation very seriously."

The report on the allegation against Fairfax, which News 3 reported Monday, was first published by the conservative-leaning online publication Big League Politics, which sourced a Facebook post of a Stanford University fellow. The account hints at misconduct on Fairfax's part at the 2004 Democratic National Convention, when he was a staffer for then-presidential candidate John Kerry.

Fairfax's accuser, Dr. Vanessa Tyson, said in a statement that Fairfax forced her to perform a sexual act on him during the third day of the 2004 Democratic National Convention in Boston. "What began as consensual kissing quickly turned into a sexual assault," the statement read, going on to say that Tyson "suffered from both deep humiliation and shame" and that the news that Fairfax could be elevated to governor "flooded (her) with painful memories."

Fairfax did not hold any political offices prior to becoming Lieutenant Governor. Fairfax served as Assistant United States Attorney General for the Eastern District of Virginia in the Major Crimes and Narcotics Unit of the Alexandria Division.  He earned his undergraduate degree at Duke University.

On his campaign website, Fairfax says, “Our top priority must be creating higher-paying jobs and economic security and opportunity. Working together, we’ll expand access to capital for small businesses, restructure student loan debt to lower the burden on families, reform our juvenile justice system, expand access to healthcare, and defend our constitutional rights. Together, we’ll make our Commonwealth an even better place to live, work, raise a family, pursue a high-quality education and career, and grow a business.”

Recently, an updated statement from Fairfax was released by CNN reporter Ryan Nobles.

Fairfax is married to Dr. Cerina Fairfax, who is a family dentist. They have one son, Cameron, and one daughter, Carys.

With calls for Gov. Ralph Northam to step down, plus Fairfax and Attorney General Mark Herring, the line of Virginia governor succession goes as follows: 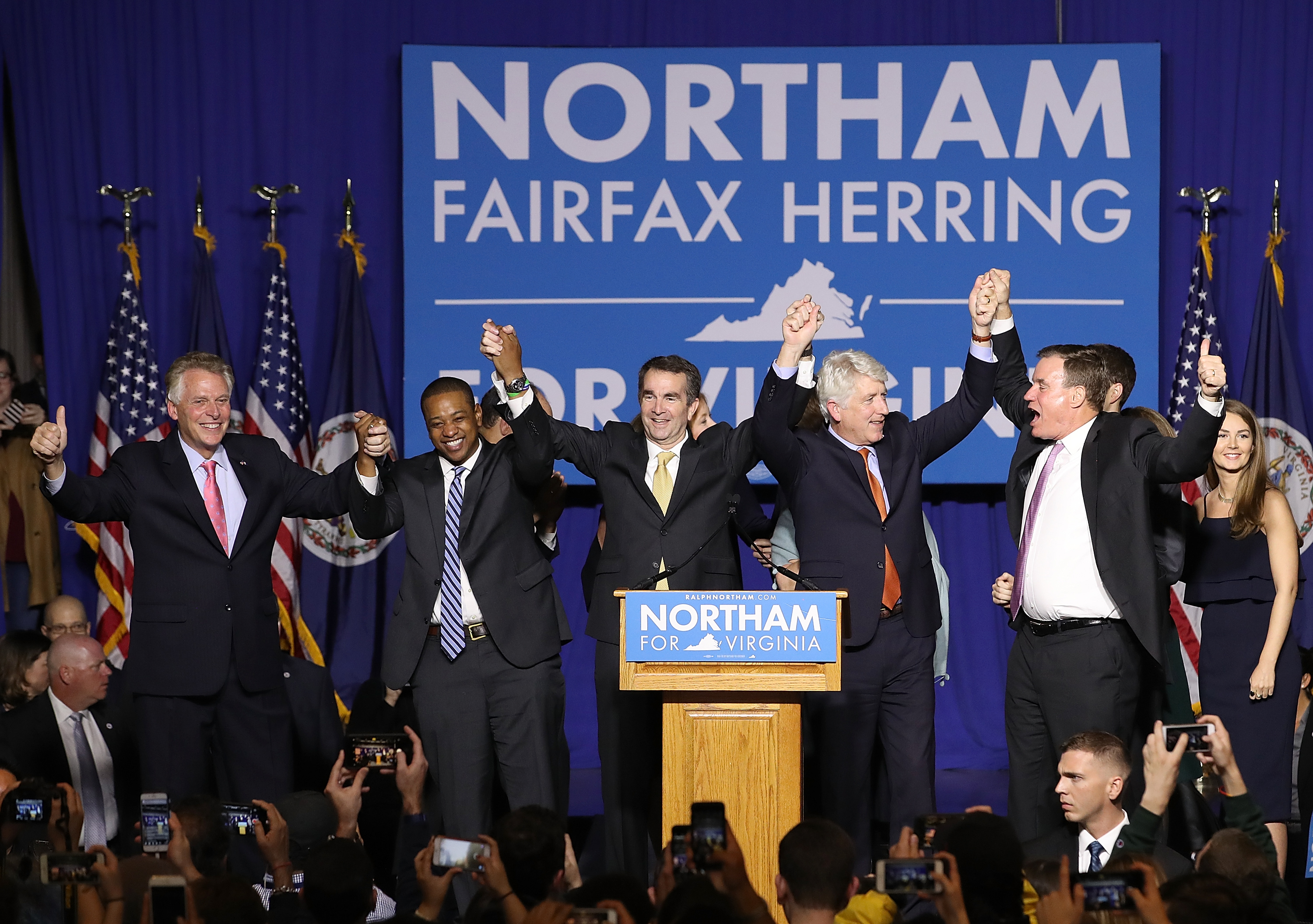