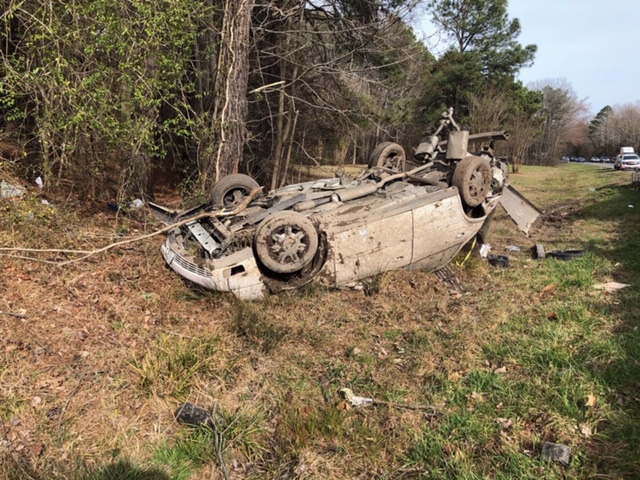 SUFFOLK, Va. – A woman is in the hospital after her car flipped over on Route 58 Friday afternoon.

Dispatchers received a call regarding an overturned four-door passenger vehicle at 1:54 p.m. The crash happened on Route 58 westbound just before the Downtown overpass exit.

After a preliminary investigation, authorities determined that the vehicle ran off the road and hit the guardrail before it overturned and hit a tree.

Suffolk Fire & Rescue personnel rescued the woman from the vehicle. She was the only person inside at the time of the crash.

They gave her emergency medical assessment and treatment before taking her to Sentara Obici Hospital via ground. She was then airlifted to Sentara Norfolk General Hospital to be treated for serious injuries.

All westbound lanes were closed to traffic after the crash. One lane is still closed as crews clean up the debris in the road and tow the vehicle away from the scene.

Police are still investigating the cause of the crash.