Necropsy returns for humpback whale that washed ashore in Corolla 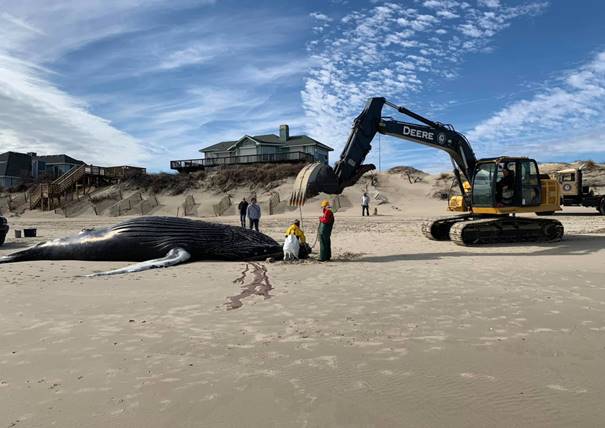 COROLLA, N.C. – The necropsy has returned for the humpback whale that washed ashore in Corolla on February 17.

According to the Outer Banks Center for Wildlife Education, a Currituck County deputy found the humpback whale on the beach at 12:30 a.m. near mile post 5.

The humpback whale was 33 and a half feet long, and appeared to be a juvenile male.

After a necropsy preformed by The Virginia Aquarium & Marine Science Center’s Stranding Response Team, it was determined that the whale was born in 2017. The whale was first sighted in the Gulf of Maine.

It was also reported that the whale had a satellite tag that showed it was located in the Chesapeake Bay in late January before moving into the ocean off the Virginia Beach oceanfront.

Due to decomposition a cause of death was inconclusive.

There were no signs of scavenging or trauma.