Virginians want Northam and Herring to stay in office but are split on Fairfax, poll finds 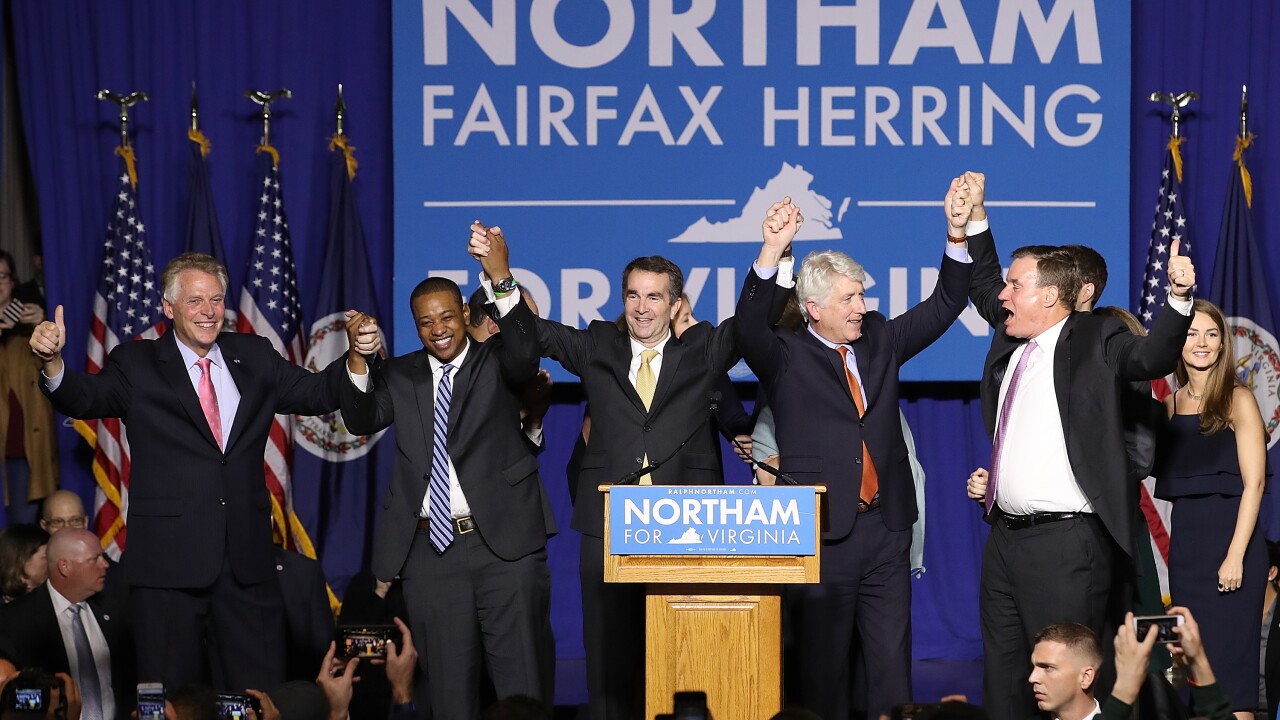 RICHMOND, Va. – Virginians are more likely to want their governor and attorney general to remain in office rather than resign over their past appearances in blackface, but they are split over whether their lieutenant governor should step down in light of sexual assault allegations, a new Quinnipiac University poll finds.

A 48% plurality of voters in the commonwealth say Gov. Ralph Northam should not resign while 42% say he should. Nearly two-thirds (65%) say he should not be impeached, though just 39% approve of the way he is handling his job while 44% disapprove.

Northam has fended off calls to resign after a racist photo from his 1984 medical school yearbook page went public earlier this month and he admitted to once darkening his face to resemble Michael Jackson in the ’80s.

Virginian voters, however, are split on Lt. Gov. Justin Fairfax, a Democrat who faces accusations of sexual assault and rape, which he has denied.

Thirty-six percent say he should resign and 36% say he should remain in office, while 28% don’t say either way. There are more undecided Democrats (32%) than Republicans (21%) or independents (25%).

And a majority of Virginia voters (54%) say Attorney General Mark Herring, a Democrat, should not resign while 22% say he should after he also admitted to once wearing blackface in the early 1980s.

Black voters are more apt to say each of the three should remain in office than resign (56% say Northam should not resign, 49% say so about Fairfax, 62% about Herring).

The poll finds nearly three-quarters of Virginia voters (72%) feel blackface is racist, with similar results among white and black voters, but wide gaps by age (57% of seniors say it’s racist vs. 84% of those under age 35) and partisanship (80% of Democrats call it racist vs. 62% of Republicans, and 74% of independents say so).

A majority say blackface was not morally acceptable in the ’80s (59%).

Sixty-one percent say prejudice against black people is a serious problem in Virginia now, but most (60%) say the state is less racist toward black people than a few decades ago. Black Virginia voters disagree, with 51% saying the level of racism is about the same now.

The Quinnipiac poll was conducted from February 14-18, among 1,150 Virginia voters reached via landline or cell phone. Results have a margin of error of plus or minus 4.2 percentage points.

Almost Half of Virginia Voters Say Gov #RalphNortham Should Not Quit, Poll Finds; Voters Split on Whether #JustinFairfax Should Resign https://t.co/VwKstERnag