VIRGINIA BEACH, Va. - Firefighters with the Virginia Beach Fire Department responded to a multifamily structure fire around 4:30 a.m., in the 1900 block of Abbotsbury Way located in the Parkside Green section of the city.

With conditions getting worse, crews transitioned to an exterior attack of the apartment.

After a short period of time, crews re-entered the structure to extinguish the fire. 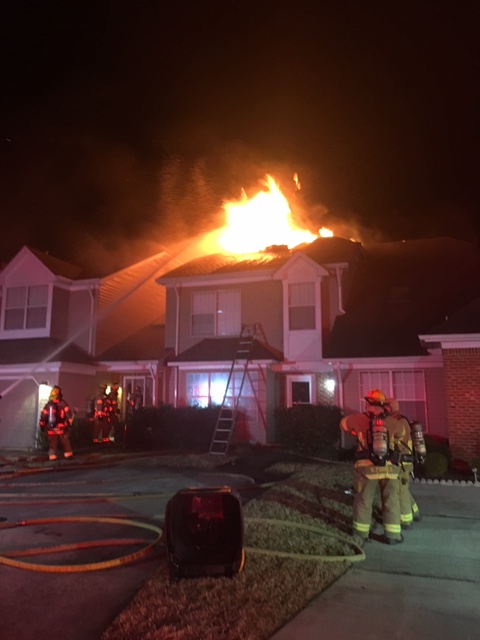 The fire was brought under control by 5:04 a.m. and marked out at 5:36 a.m. While no one was injured, a cat was reportedly inside the home and is still unaccounted for.

After talking to neighbors, News 3 reporter Kofo Lasaki learned that three townhomes were involved in the incident. The people who live in the home where the fire started were out of town.

Following up on a Virginia Beach townhouse fire. A neighbor shared this video. One woman says she plans on checking her smoke detector tonight. https://t.co/Uw5yATHXQR pic.twitter.com/UdfkSCbfo9