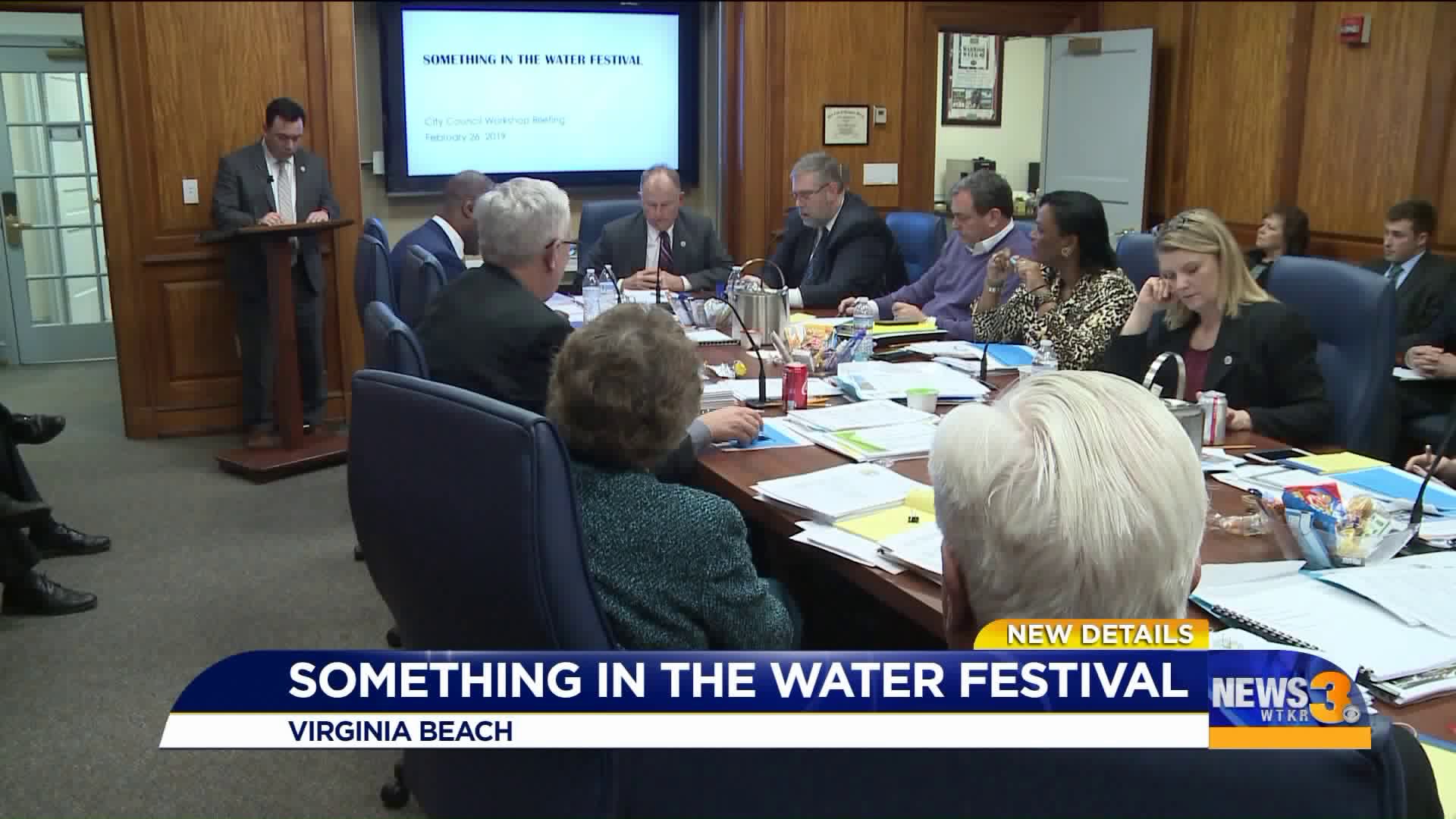 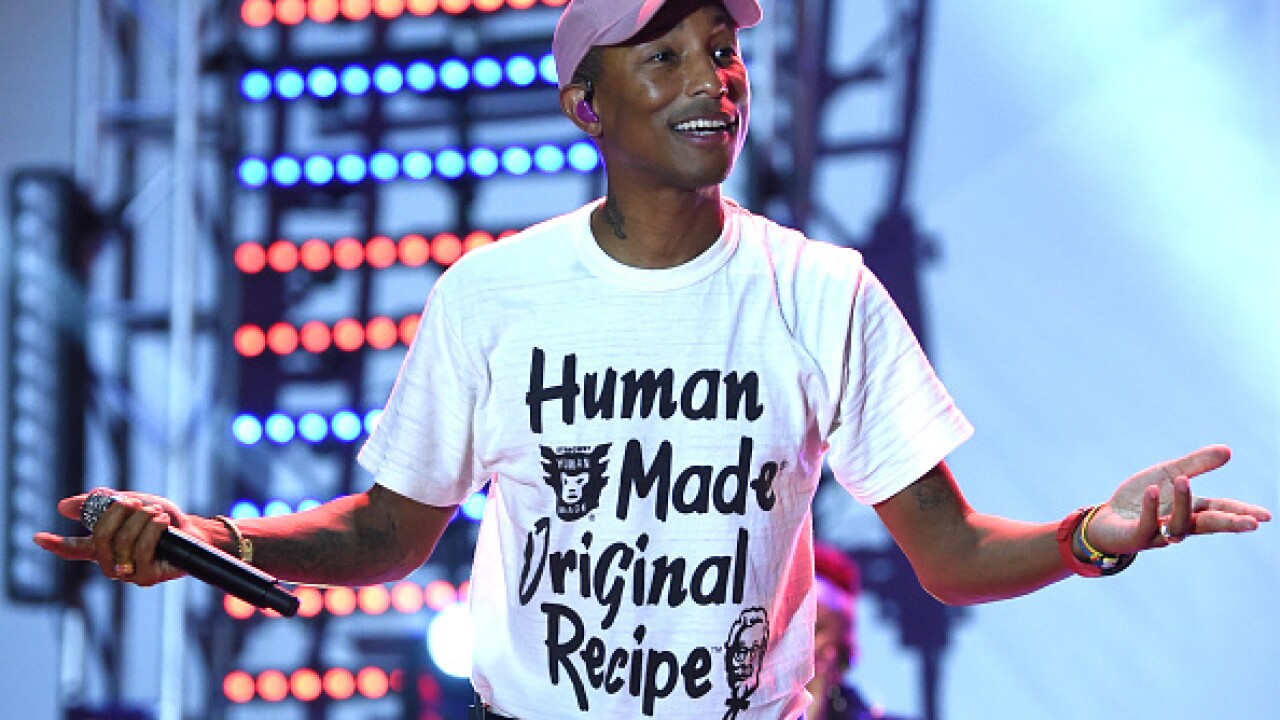 VIRGINIA BEACH, Va. - City council members signaled they're optimistic about a music festival that will take place this April during College Beach Weekend.

The Something in the Water festival will be held from April 26 to April 28 and will feature several different events, including a concert on the beach.

"This has the potential to be just the ultimate win-win for everybody," said Mayor Bobby Dyer.

Beach native Pharrell Williams first proposed the idea last fall. City officials are hoping it will lead to a new start for the weekend. Last year three people were shot during the annual gathering

"I think it's the real answer with culturally-relevant solutions for a weekend that's had some problems," said City Councilman David Nygaard.

Organizers were expected to release the artists on Tuesday morning, but delayed the announcement as they said they were continuing to sign artists. So far, at least 24 have signed on to perform during the weekend.

"They are in the process of signing very amazing world-class artists to join us, and as I tell you this I'm getting goosebumps on the back of my neck," said City Manager Dave Hansen.

An assistant city manager detailed plans for security, transportation and other facets of the planning. So far, the price of admission hasn't been released, but city leaders stress it will be affordable for college students.