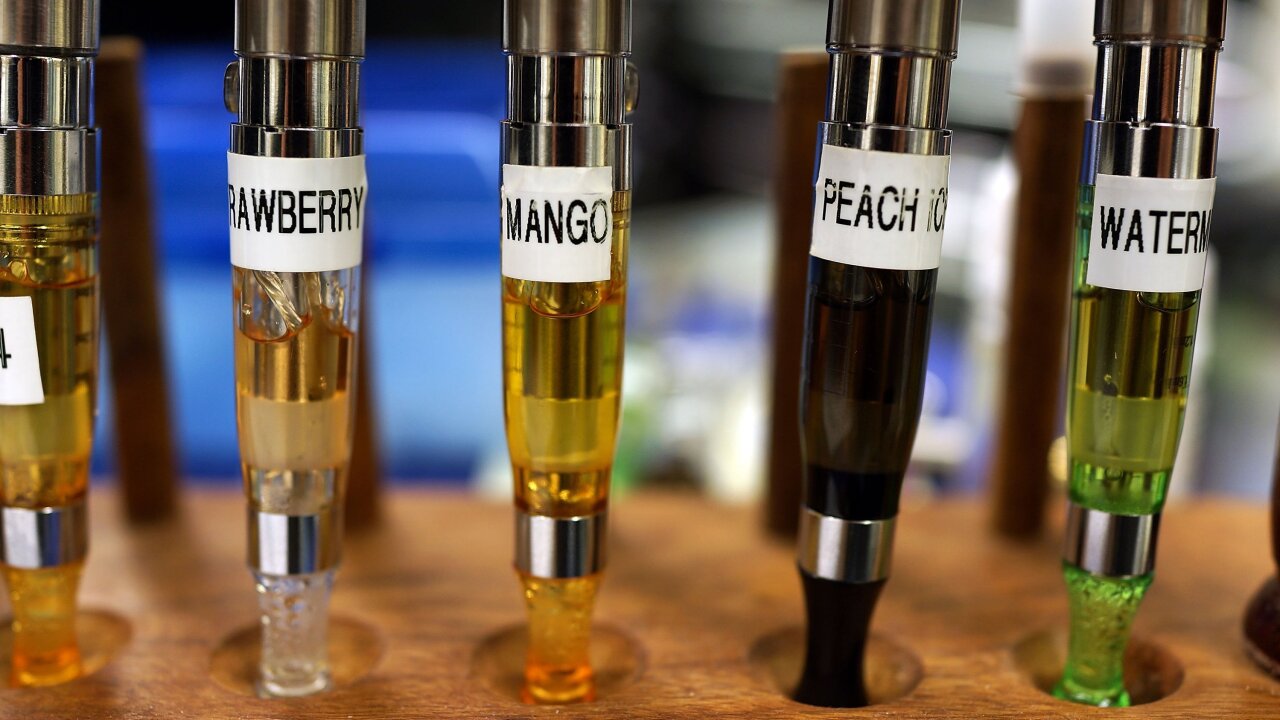 The bill, expected to be introduced to the House of Representatives on Tuesday, enters a contentious debate on how to regulate vaping products and address rising levels of e-cigarette use among youth.

Flavors are at the center of the regulatory debate: Some say they’re an important tool in getting adults to switch from combustible cigarettes, while others want to ban them entirely because they appeal to kids and minimize how harmful and addictive vapes are perceived to be.

“To me, there is no legitimate reason to sell any product with names such as cotton candy or tutti fruitti, unless you are trying to market it to children,” DeGette, a Democrat, said in a statement Monday. “Most experts agree that the kid-friendly flavors that e-cigarette manufactures are selling with these products are one of the leading causes of this spike in use among our high school and middle school students.”

If DeGette’s bill becomes law, it will ban these flavors within a year if companies can’t prove to the US Food and Drug Administration that flavors are not, as she underlined, implicated in the rise in vaping among kids. It would also require companies to show that flavors are instrumental in getting smokers to leave combustible cigarettes and that they don’t make vapes more harmful to the user.

The bill also could ban flavors in cigars on the same timeline.

A study last year counted nearly 15,600 distinct e-cigarette flavors being sold online, based on websites from 2016 to 2017. Experts say that number has continued to grow.

A number of cities and states have taken steps to ban e-cigarette and cigar flavors on smaller scales.

The FDA announced in November that vaping had increased nearly 80% among high schoolers and 50% among middle schoolers since the year before. This prompted the agency’s commissioner, Dr. Scott Gottlieb, to propose strengthening its policies against flavored e-cigarette products.

Experts worry that the devices could put kids’ developing brains at risk, get them hooked on nicotine early in life and be a gateway to smoking and other drugs. But the long-term effects aren’t clear.

On the other side, health advocates say flavors won’t hold up to the standards outlined in the new legislation.

“There’s no evidence that adults need these flavors to quit smoking,” Bonnie Halpern-Felsher, founder and executive director of the Stanford Tobacco Prevention Toolkit, said at an FDA hearing in January.

Halpern-Felsher’s own research suggests that the majority of kids who have tried pod-based e-cigarettes started with one that was flavored.

“All flavors need to be eliminated,” she said.