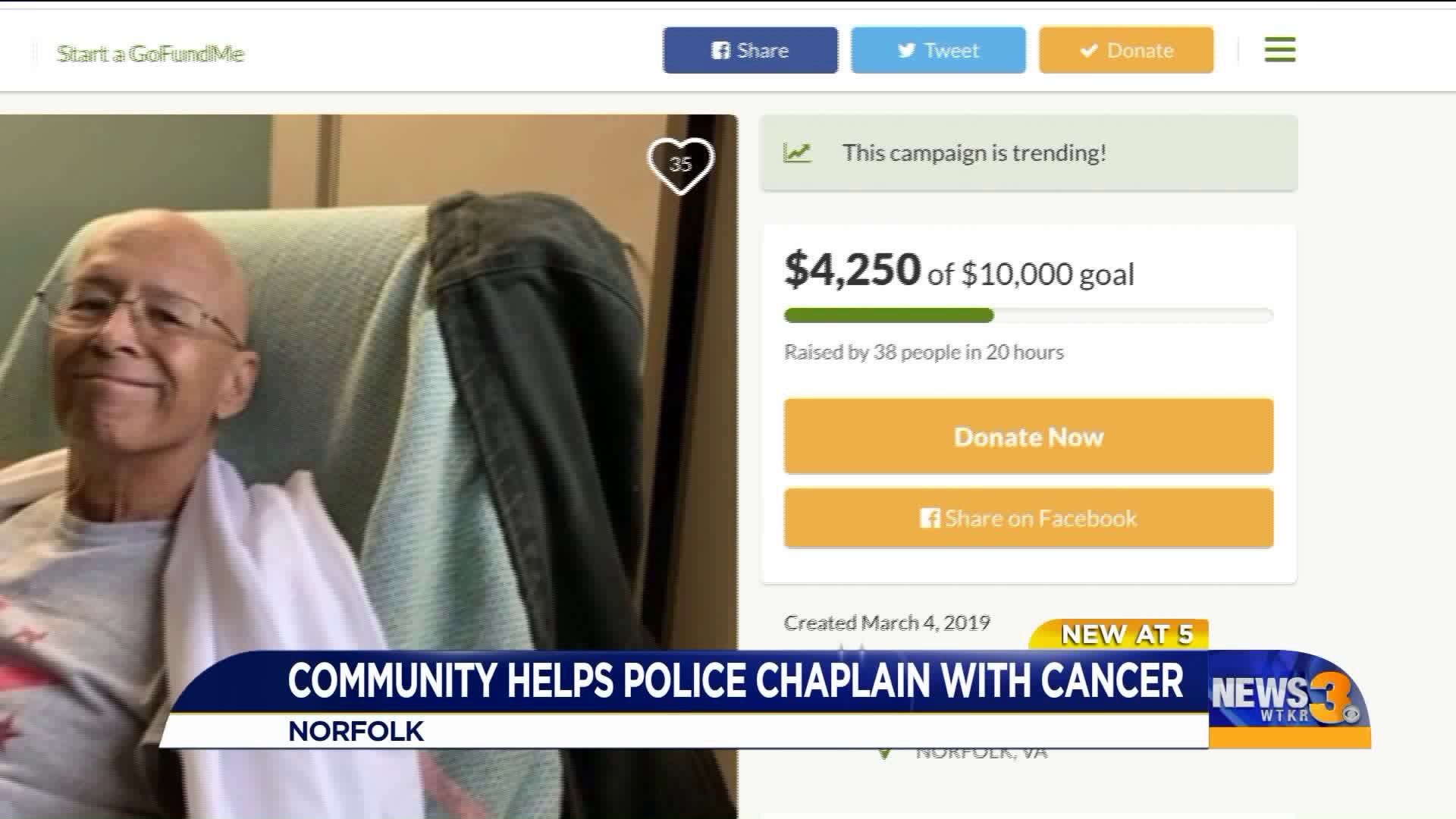 NORFOLK, Va. - A Norfolk Police chaplain fighting two different types of blood cancer is getting a helping hand from his community.

Joe Agustin is in Richmond receiving treatment, but at home in Norfolk, complete strangers are working to help him heal.

On March 4, a friend of the Agustin family created a GoFundMe page to help with the family's travel and treatments. In less than a day, the account was close to hitting the halfway point of its $10,000 goal.

"It was mind-blowing. It put my mother in tears," said Joseph Agustin, Joe's son. While the family friend told him he was creating a GoFundMe page, he was amazed by the response. The same with his father.

"Dad tells me that it's crazy, that he is in awe because of all the support he is getting."

Joseph is a Norfolk Police officer and K9 handler. He is taking time off from the department to be with his father in Richmond and recover from donating white blood cells to him.

After receiving the white blood cells, Joseph says his dad is showing some improvement, but he still has a long road to recovery ahead of him.

"We are hoping that the white blood cells keep producing on their own and the cancer doesn’t come back," said Joseph. "It's going to be hard for a while, but that is what we are hoping for."

The family credits Joe's progress to the dedicated work of the doctors and nurses at the VCU Cancer Center and the visits from Joseph's K9 Unit. Each donated dollar on the GoFundMe page also helps.

"It's a fight you can't do solo, and they have been a huge help."

If you would like to make a donation to the GoFundMe page or learn more about Joe's fight, click here. Instead of donations, the family is also asking for people to visit BeTheMatch.org to learn about becoming a donor for people like Joe.