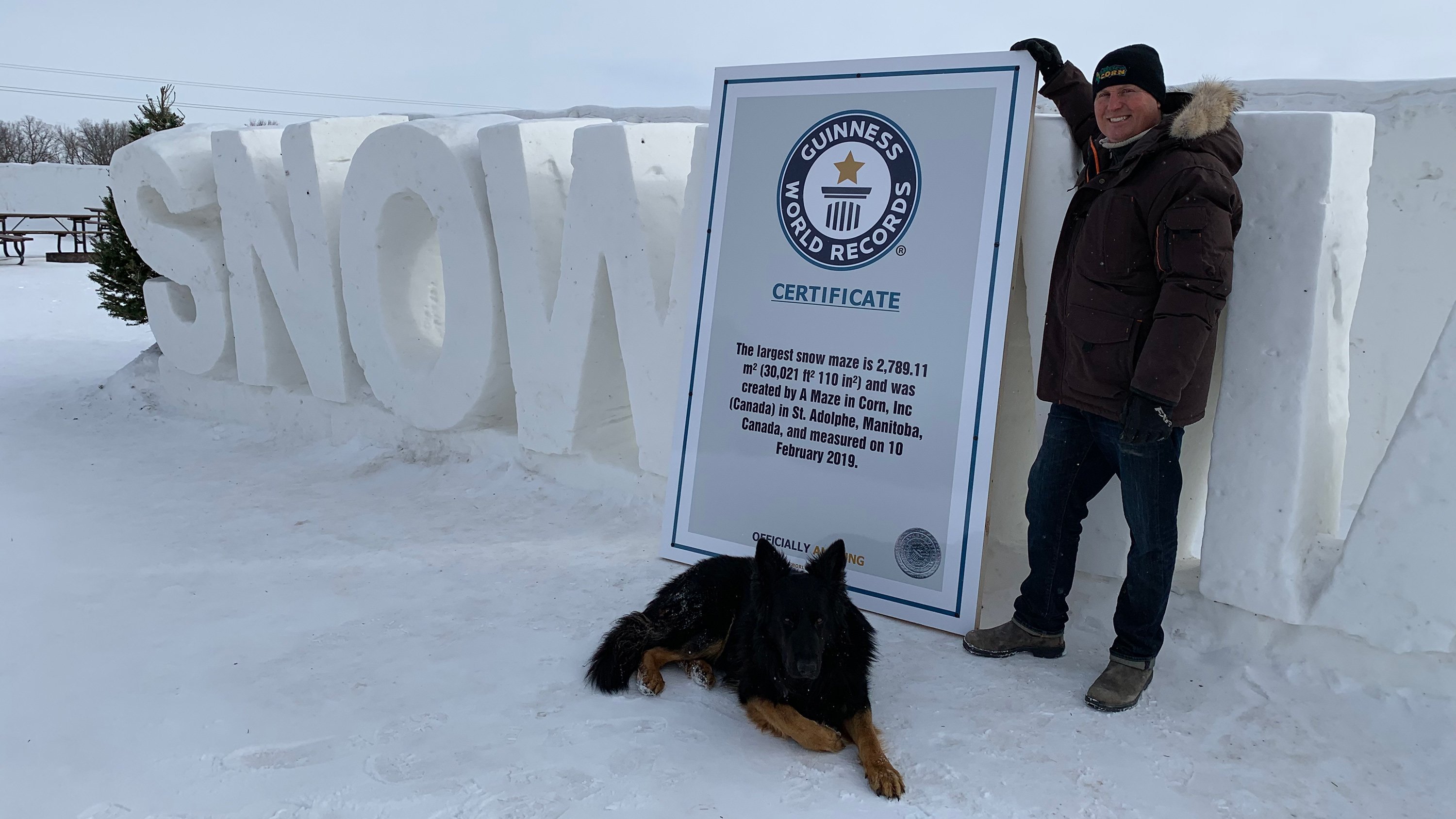 It took him six weeks, 150 semi-truck loads of snow and 12 people working full time. But in the end, a Canadian man was awarded a Guinness World Record for creating the world’s largest snow maze.

Clint Masse is not new to these creations, having personally designed and erected corn mazes for 21 years in his property in St. Adolphe, Manitoba. But this time it was different.

First, the budget — 57,000 Canadian dollars (about $42,676) to pay for the labor, trucks, artificial snow, generators and fuel — was beyond anything he was accustomed to.

“I thought I was a little bit crazy. I told my wife Angie, ‘Can I build something out of snow for $57,000?’ You need a crazy partner to say yes,” Masse told CNN over the phone.

The design had to be bigger than the largest snow maze in existence, which is at Fort William Historical Park in Thunder Bay, Ontario and measures 1,696 square meters.

“One of my staff members showed me that snow maze and he said how big it was,” Masse recalls. “I said, ‘Glen, it’s gonna be a ton of work but I think we can pull it off’.”

At 2,789.114 square meters, Masse’s record-setting maze had room to spare. The actual build size was pretty close to the original design projection, which took Masse by surprise.

“When you build in the snow, it’s difficult. It’s not steel,” he said.

Over the course of three weeks starting in December last year, Masse and his team used a snow machine and a snowblower to make enough condensed artificial snow for the project.

“Manmade snow is more stable than natural (snow),” Masse said. “If you drive through the snow walls in the maze you’re gonna break your car before you break those walls.”

The result was a maze with walls 6.5 feet tall and 2 feet thick. It takes about 30 minutes to walk through, depending on your ability to navigate it — and your luck. There are statues inside the maze and even fire pits to keep people warm. Last weekend, the maze attracted about 1,000 visitors per day.

Masse and his wife Angie, who began the record verification process on February 10, said they felt pretty excited when they heard the news from Guinness.

“We had a feeling it was going to be the largest,” he said. “But it took a lot of organization to get the data and Guinness people to accept it.”

He said it was an important moment for his family after a bad October harvest which left them with a significant loss in revenues.

“The morning I received the email from Guinness, I immediately checked online and saw the record. It was a pretty exciting moment for our family and for Manitoba.”