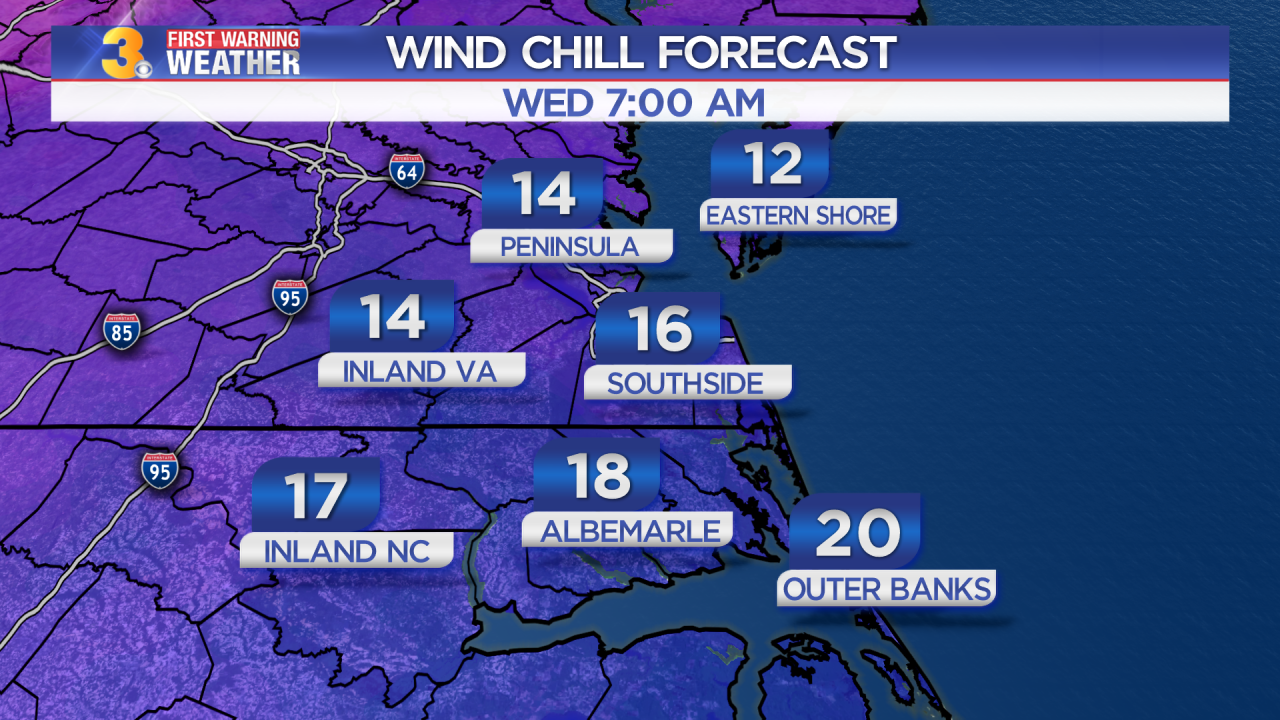 *** Flood Warning for the Nottoway River near Sebrell in Southampton County. The river will continue rising to near 16.7 feet by Thursday evening. The river will fall below flood stage Friday afternoon.

*** Flood Warning for the Roanoke River in Northampton County. The river near Scotland Neck will continue a slow rise to near 30.0 feet by Thursday afternoon. Additional rises may be possible thereafter.

Even colder air on the way… High temperatures will only reach the low 40s today, 10 to 15 degrees below normal for this time of year. We will see a mix of partly to mostly cloudy skies today with an isolated shower possible.

Expect partly cloudy skies tonight with an isolated shower possible. Temperatures will drop into the 30s and 20s tonight. Wind chill values will fall into the teens after midnight with NW winds at 10 to 20 mph.

Wednesday will be the coldest day of the week. Morning temperatures will start in the mid 20s with wind chill values in the teens. We will only warm into the upper 30s by the afternoon, but it will feel more like the upper 20s. Expect mostly sunny skies on Wednesday with NW winds at 10 to 20 mph.

We will start a warming trend on Thursday. Highs will climb back to the 40s. We will see sunshine during the day with clouds building in Thursday night. Highs will warm to near 50 on Friday with mostly cloudy skies and scattered showers.