What Amazon gets from Arlington Co., Virginia in HQ2 deal 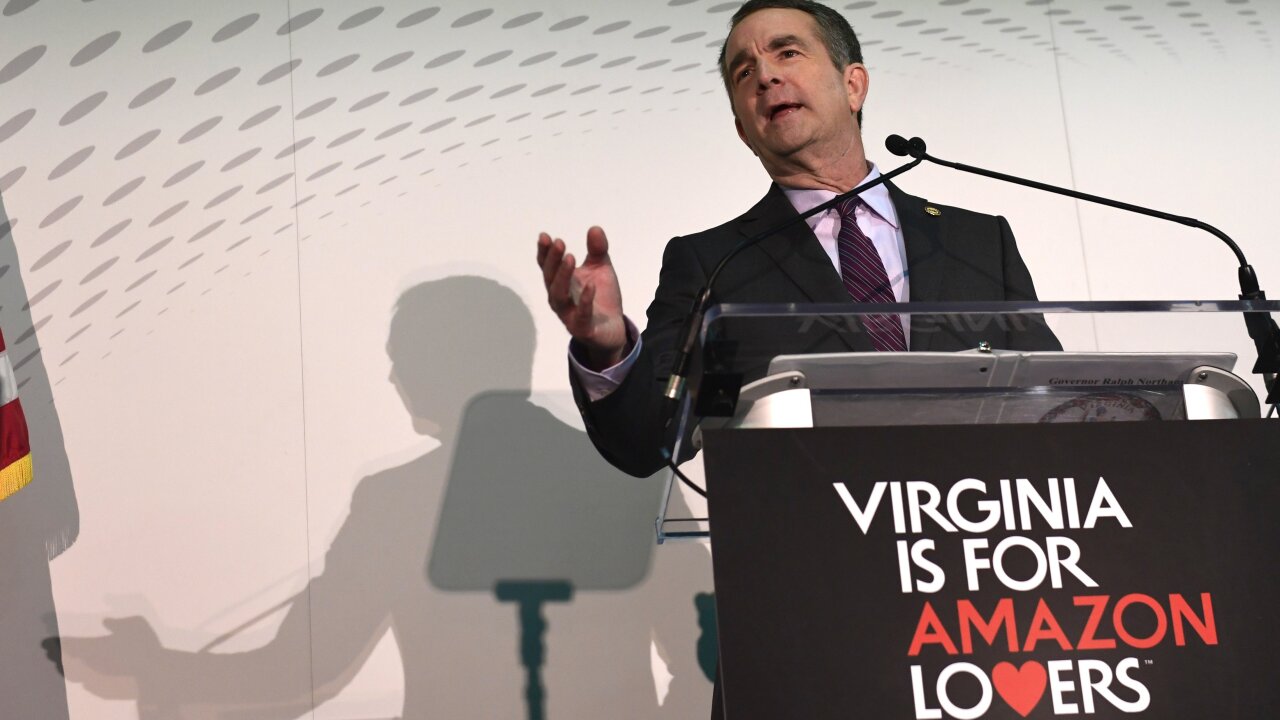 Virginia Gov. Ralph Northam speaks during a news conference in the Crystal City neighborhood in Arlington, Va., in this Nov 2018 photo. Arlington County, which is part of the Northern Virginia location for Amazon’s second headquarters, has made its agreement with the company public.

Virginia Gov. Ralph Northam speaks during a news conference in the Crystal City neighborhood in Arlington, Va., in this Nov 2018 photo. Arlington County, which is part of the Northern Virginia location for Amazon’s second headquarters, has made its agreement with the company public.

Arlington County, which is part of the Northern Virginia location for Amazon’s second headquarters, has made its agreement with the company public.

The 20-page document, released on Tuesday, details the various agreements the city made to bring the company to the area. For example, Amazon will receive spread-out payments stemming from a projected increase in hotel taxes, and it will get two-days written notice for requests related to the company made under the Virginia Freedom of Information Act. The Washington Post was the first to report the news.

The Arlington County Board will vote on the agreement at its March 16 meeting.

Amazon will receive up to 15% of a “transient occupancy tax” — an existing tax on hotel rooms — if the company meets certain goals for how much space its new facility will occupy in Arlington, according to the agreement. Amazon previously said this would total $23 million over 15 years.

By June 30, 2020, Amazon must occupy 64,000 square feet of office space in Arlington to receive the tax benefit, according to the document. That requirement jumps to nearly 5.6 million square feet by June 30, 2034.

Under the agreement, the Arlington County Board and Commonwealth of Virginia also agree to give two business days notice of FOIA requests to allow “Amazon to take such steps as it deems appropriate with regard to the requested disclosure of records.”

The document doesn’t discuss issues such as affordable housing or so-called “project labor agreements” with construction workers, which could include establishing pay and other conditions for workers. Those issues have been raised by activists and local media during the HQ2 process.

The Northern Virginia headquarters will be located in what Amazon is calling “National Landing,” an area less than 3 miles from downtown Washington DC. The newly-branded neighborhood includes parts of Pentagon City and Crystal City in Arlington, and Potomac Yard in Alexandria.

Overall, Amazon said it will receive performance-based incentives of $573 million from the state and county, which is dependent on the company creating 25,000 jobs with an average salary of more than $150,000 in Arlington.

Amazon chose New York City and Northern Virginia in November to split the duty as its second headquarters after a highly publicized search that stretched more than a year.

The company has said it doesn’t plan to reopen the HQ2 search for a location to replace Long Island City, but will move forward with the Northern Virginia campus along with a new hub in Nashville, which will employ 5,000 workers.