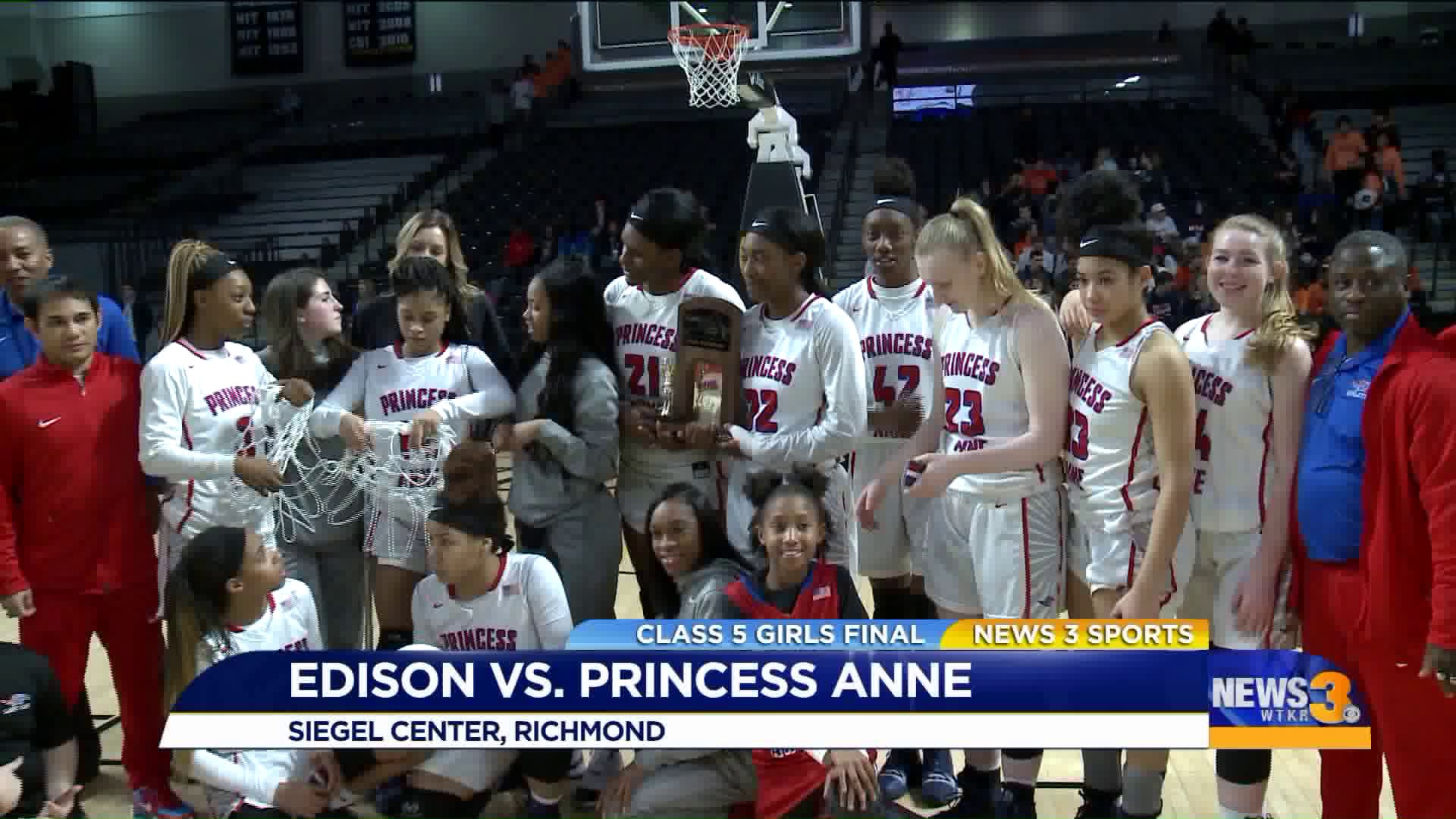 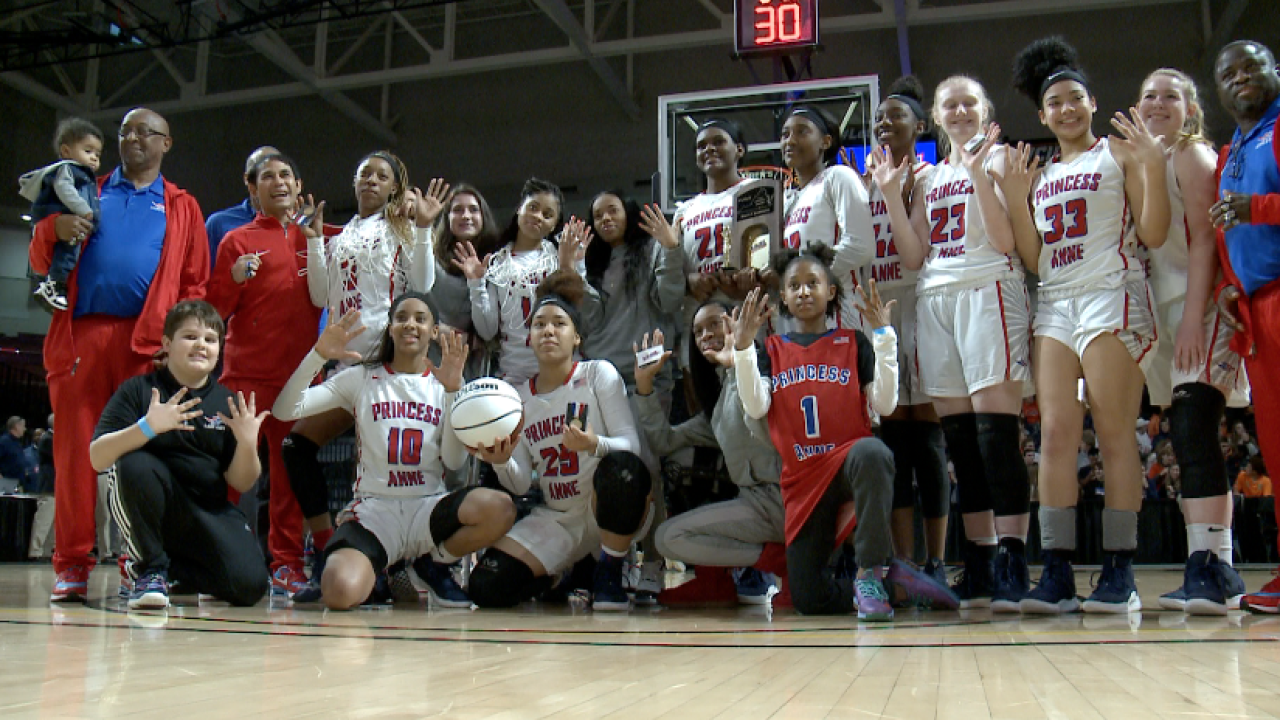 RICHMOND, Va. - The Princess Anne girls are the queens of Virginia basketball...again.

No basketball team in VHSL history, boys or girls, has ever won five consecutive titles. The Cavaliers' 10 championships are also a VHSL basketball record.

No team in VHSL history has done this. https://t.co/5OuIWxCmcW pic.twitter.com/Spk0sh93Va