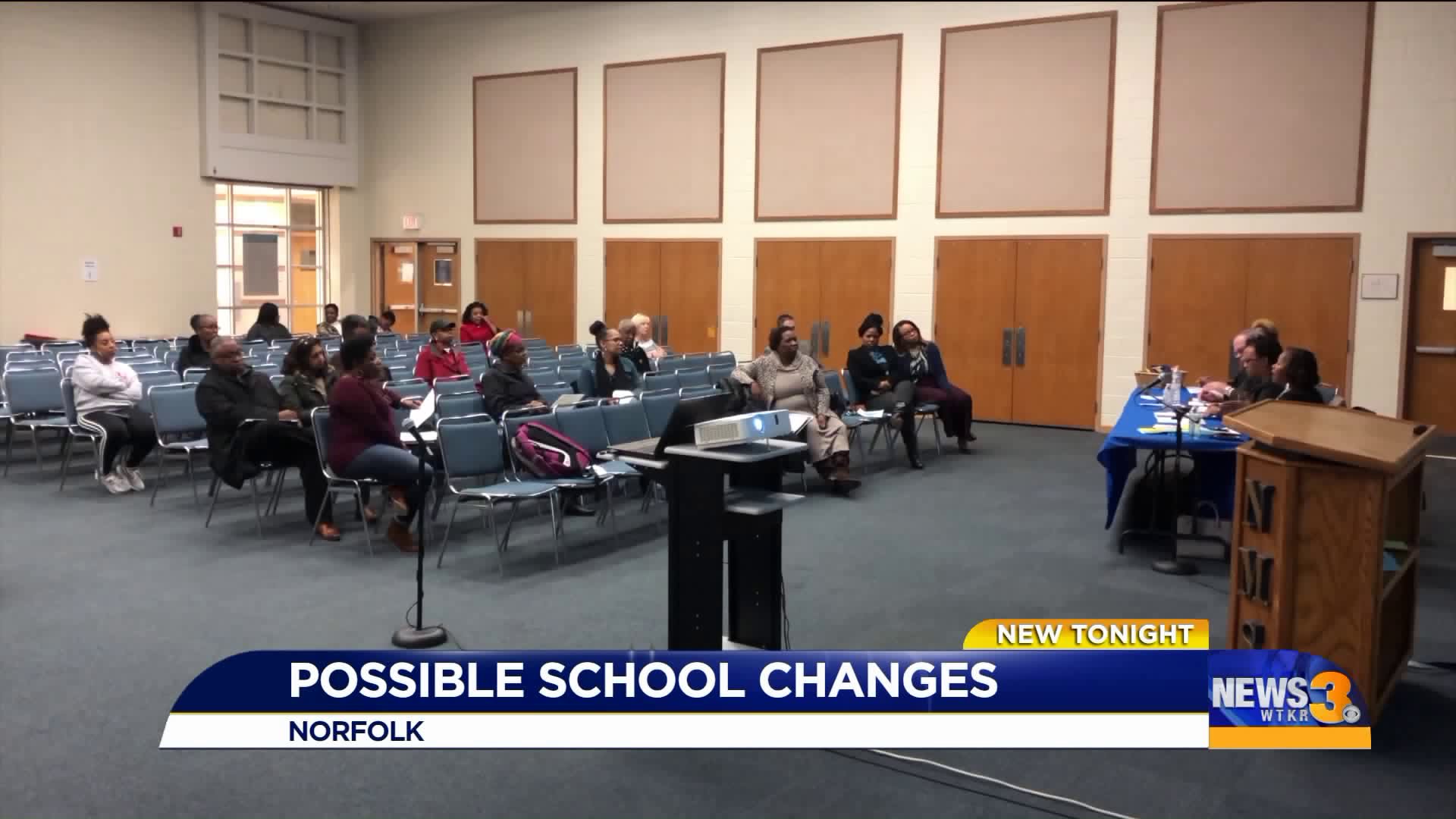 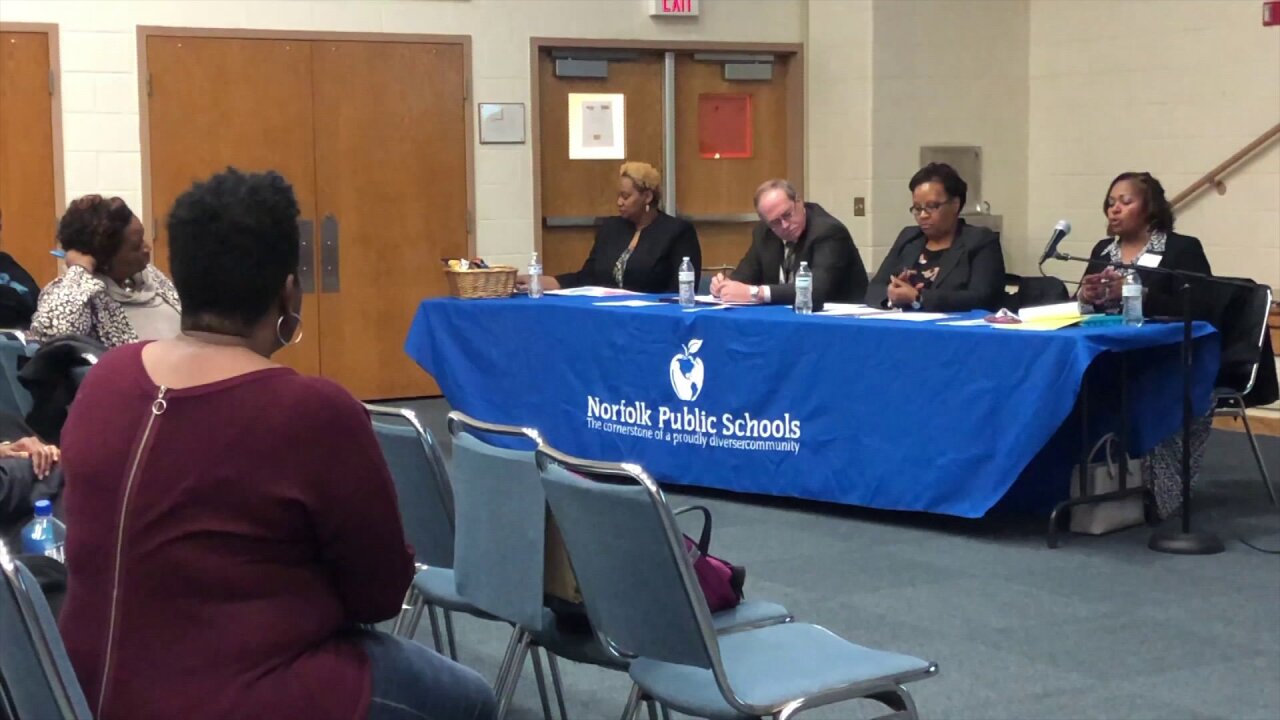 NORFOLK, Va. - Declining enrollment is forcing leaders with Norfolk Public Schools to make some tough choices that will affect the students at three local elementary schools.

District leaders say declining enrollment is the reason for the proposed change.

People were invited to have their voice heard at a public hearing Thursday evening, but some say the district didn’t take enough time to listen the community.

The meeting was held at Norview Middle School so people could have an opportunity to get a feel for the school and meet the principal.

The plan starting next year would be for all students who attend Ingleside, Sherwood Forest and Coleman Place elementary schools to attend Norview Middle School.

Ingleside Elementary students currently attend Lake View Middle school and would be impacted the most.

Superintendent Melinda Boone says some middle schools have students who come from as many as four different elementary schools. Boone says the district has been working to find a solution to low enrollment for two years.

“Two of the three elementary schools that are impacted by this already have students, a majority—at least half of their students attending Norview Middle so this allows neighborhoods and communities who pretty much attend kindergarten to 5th grade together can now have the opportunity to go to middle school together,” said Boone.

The district says the change will affect around 100 students.

The plan will allow current 6th and 7th grade students to stay at their current middle schools.

Some who attended the meeting say they found out about the district’s plan only weeks ago and they need more time to weigh the pros and cons.

When we have sheets of paper with data it still takes a number of sessions to understand what the impact is, says Ingleside Resident Bonita Anthony.

Boone admits the district could have done more to notify the community sooner.

“One of the things that we own and accept is that we didn’t do enough pre-recommendation conversations with the elementary schools that are impacted by this proposal, said Boone.

Parents who want to have their voices heard before the district makes its recommendation to the school board next Wednesday are encouraged to contact the superintendent’s office or their school’s principal.