VIRGINIA BEACH, Va. - More than 3,000 Virginia Beach residents were without power Thursday night going into Friday after a single-vehicle crash at Indian River Road and Lynnhaven Road knocked down power lines in the area.

Virginia Beach Police said the vehicle hit a power box and a utility pole. The downed power lines will affect several traffic lights and neighborhoods in the area.

As of 4 a.m. Friday, only around 93 customers were without power, according to Dominion Energy.

About 8000 @DomEnergyVA customers in @CityofVaBeach are in the dark tonight after a vehicle hit our pole at 8:53. It happened at Lynnhaven Pkwy & Indian River Rd. Our crews are working hard to get the vast majority of customers on by 10:30pm.

There were no serious injuries in the crash. But road between Lynnhaven Road and Independence Boulevard is still blocked, police say.

Accident at Indian River and Lynnhaven Rd, power lines are down. The road is blocked between Lynnhaven Rd and Independence Blvd for approximately 6 hours. Updates to follow. @CityofVaBeach

According to Dominion Energy's outage map, the outage originally affected approximately 8,331 people. As of 10:30 p.m., the number had dropped to about 3,208.

The map shows the estimated time of restoration is between 11 p.m. Thursday and 2 a.m. Friday, but Harris said crews are working to restore power to the majority of customers by 10:30 p.m.

Crews are currently assessing the damage. 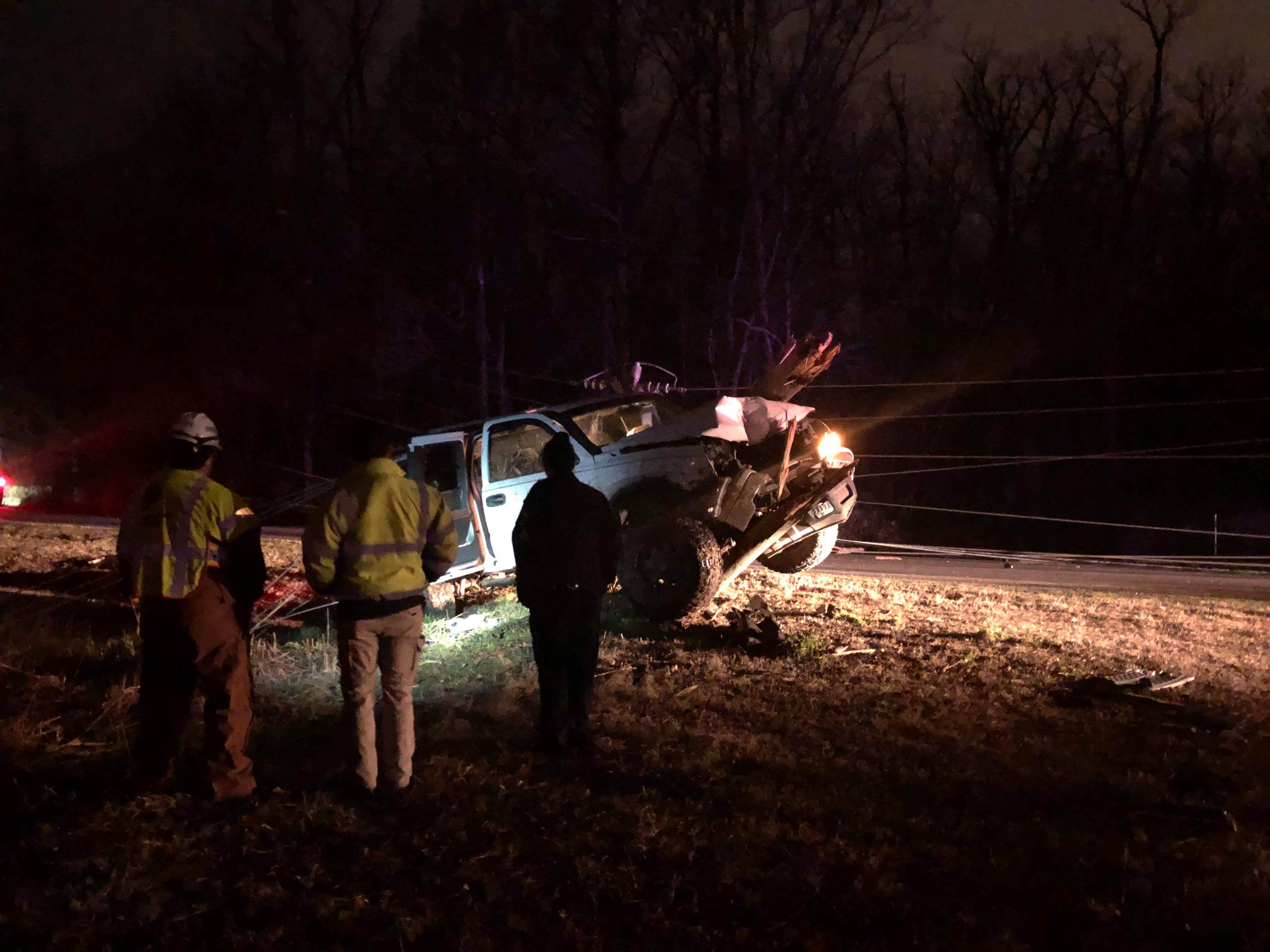