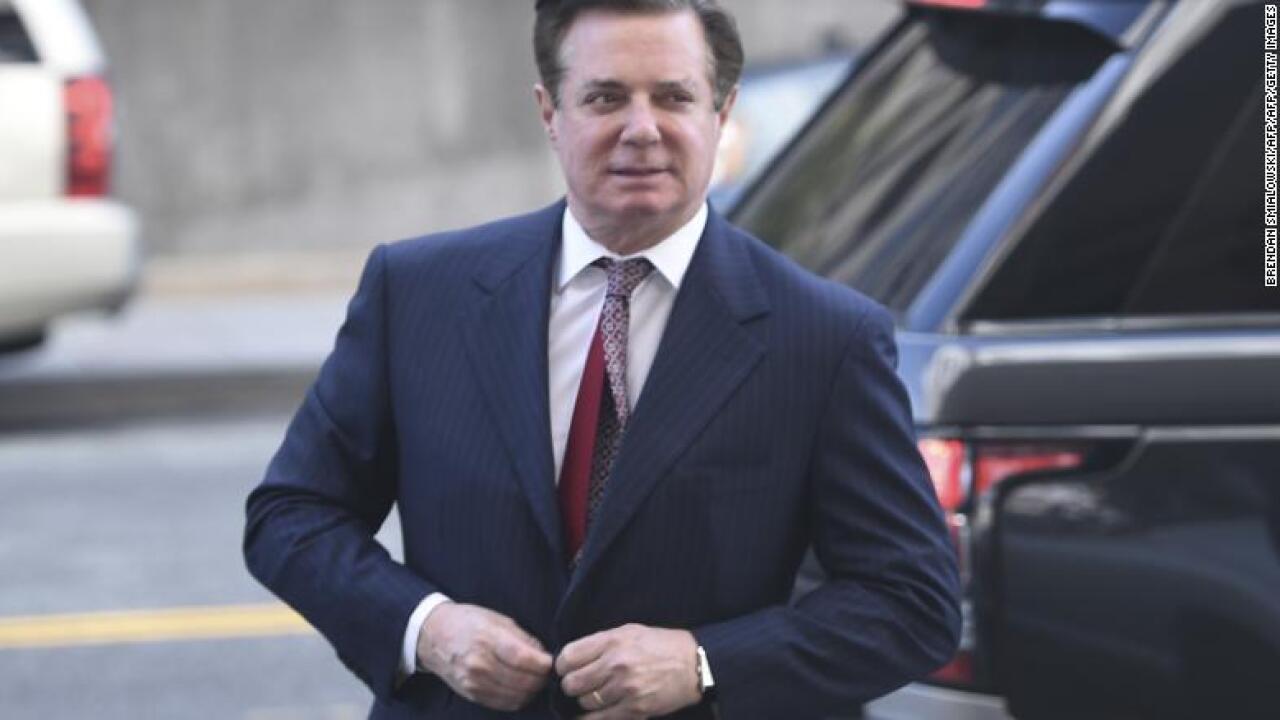 Paul Manafort was sentenced to 47 months in prison Thursday.

Manafort was sentenced for defrauding banks and the government and failing to pay taxes on millions of dollars in income he earned from Ukrainian political consulting — charges that stemmed from special counsel Robert Mueller’s investigation into Russian interference in the 2016 presidential election.

A federal judge will sentence Paul Manafort for defrauding banks and the government and failing to pay taxes on millions of dollars in income he earned from Ukrainian political consulting — charges that stemmed from special counsel Robert Mueller’s investigation into Russian interference in the 2016 presidential election.

The penalty could have been enough to keep the longtime lobbyist and former Trump campaign chairman in prison for the rest of his life, as prosecutors argued that Manafort deserved between 19 and 25 years in prison as well as millions of dollars in fines and restitution for the crimes. Manafort has shown little remorse, they say, and even lied under oath following a plea deal after the trial.

Manafort, 69, was wearing a green jumpsuit that said “ALEXANDRIA INMATE” as he entered the courtroom in a wheelchair and holding a cane.

“The last two years have been the most difficult years for my family and I,” Manafort told the court. “Humiliated and shamed would be a gross understatement.”

Manafort spoke briefly about how prayer and faith have helped get him through this time and asked Judge T.S. Ellis “to be compassionate.”

Prosecutor Greg Andres told Ellis that Manafort never gave meaningful help during his cooperation with the special counsel’s office, despite spending 50 hours together.

“It wasn’t information we didn’t know,” Andres said. “The reason he met for 50 hours was because he lied.”

Ellis noted during Thursday’s hearing that Manafort is not being sentenced for anything related to interference in the 2016 election.

“He is not before the court for anything having to do with colluding with the Russian government,” the judge said.

But in many ways, the Manafort case — which reached back almost a decade to track the movement of money from his Ukrainian political consulting work, through the time he was broke and working for Trump in 2016 — has shaped Mueller’s actions for almost two years.

Manafort’s was the first indictment Mueller announced in late 2017 and it used the criminal prosecution to ratchet up pressure on him throughout 2018 as they sought his cooperation on matters central to their probe. At one point, after securing Manafort’s longtime deputy Rick Gates as a witness against him, prosecutors split his case in two, putting the more clear-cut financial crimes indictment in the fast-moving Northern Virginia federal court. Manafort’s conviction at trial was a major win for Mueller — the only official certification from an impartial group of citizens that Mueller had uncovered major crime.

The eight crimes for which Manafort will be sentenced on Thursday include five convictions of tax fraud from 2010 through 2014, hiding his foreign bank accounts from federal authorities in 2012 and defrauding two banks for more than $4 million in loans intended for real estate. At his trial, one juror refused to join the other 11 to convict him on 10 additional foreign banking and bank fraud charges. Prosecutors later dropped those counts.

Manafort did not testify in his own defense at his trial, which revealed a life of excess, even among high-rolling Washington lobbyists. He had bought ostrich and python jackets and luxury cars, and had souped up his Hamptons mansion with elaborate flowerbeds, home renovations and karaoke sets because of his secret Ukrainian stream of cash, witnesses testified.

At trial, accountants, a bookkeeper and Gates pointed to Manafort as the financial fraud mastermind.

Manafort will receive a second sentence next week from a different federal judge for the two crimes he pleaded guilty to last year, witness tampering and conspiracy related to his illegal Ukrainian lobbying and money laundering. Prosecutors have looked to that second sentencing as a backstop to keep Manafort in prison, in case they feel Ellis was extremely lenient.

Ellis has sentenced hundreds of defendants during his 30 years on the federal bench — and in a court that’s typically considered tough on crime.

Manafort turns 70 years old on April 1. His health has declined — forcing him to use a wheelchair and more recently a cane to walk — since he lost his bail agreement and went to jail for the witness tampering allegation nine months ago.

Manafort has been held at the Alexandria Detention Center in solitary confinement for his own safety.