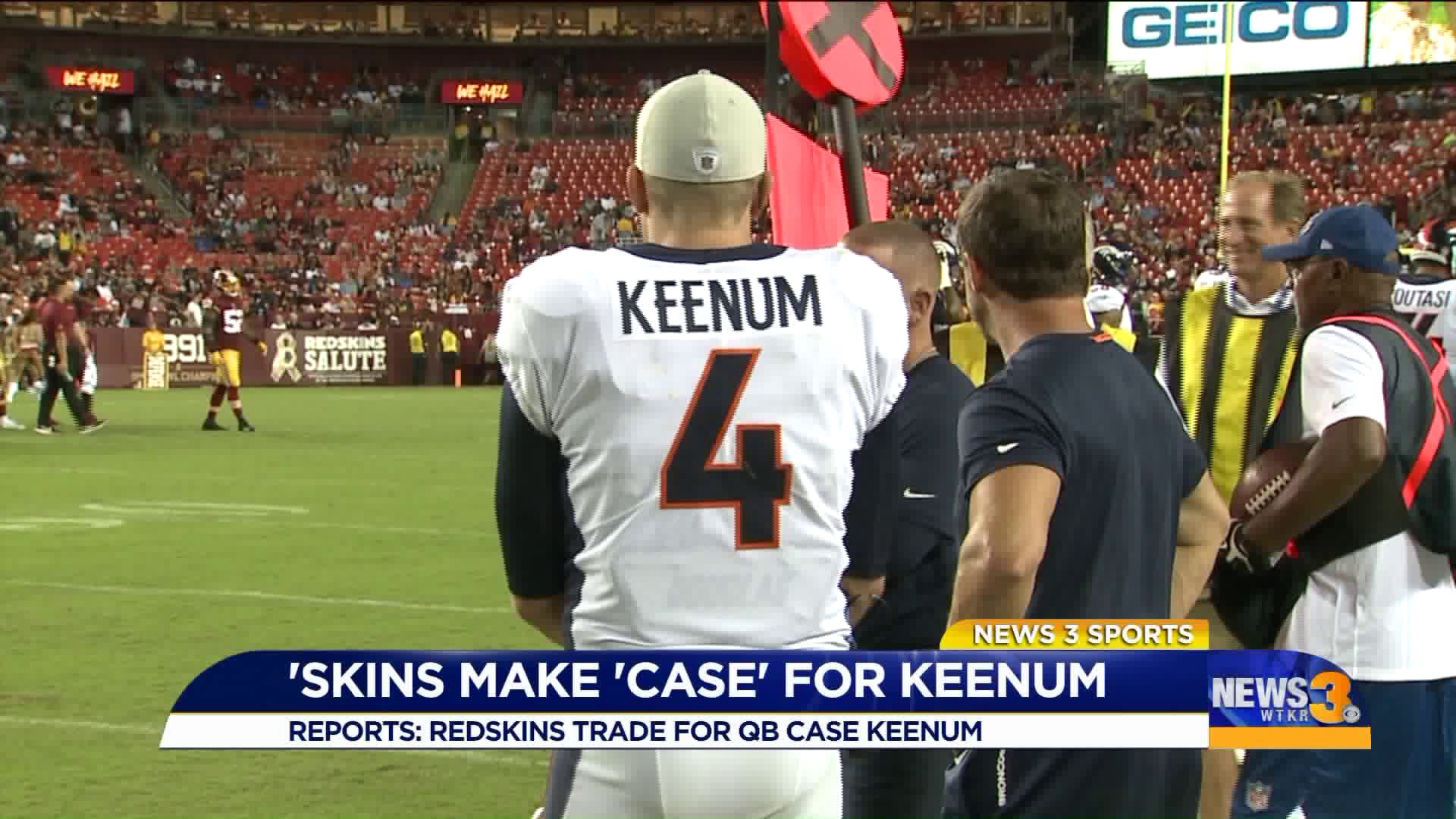 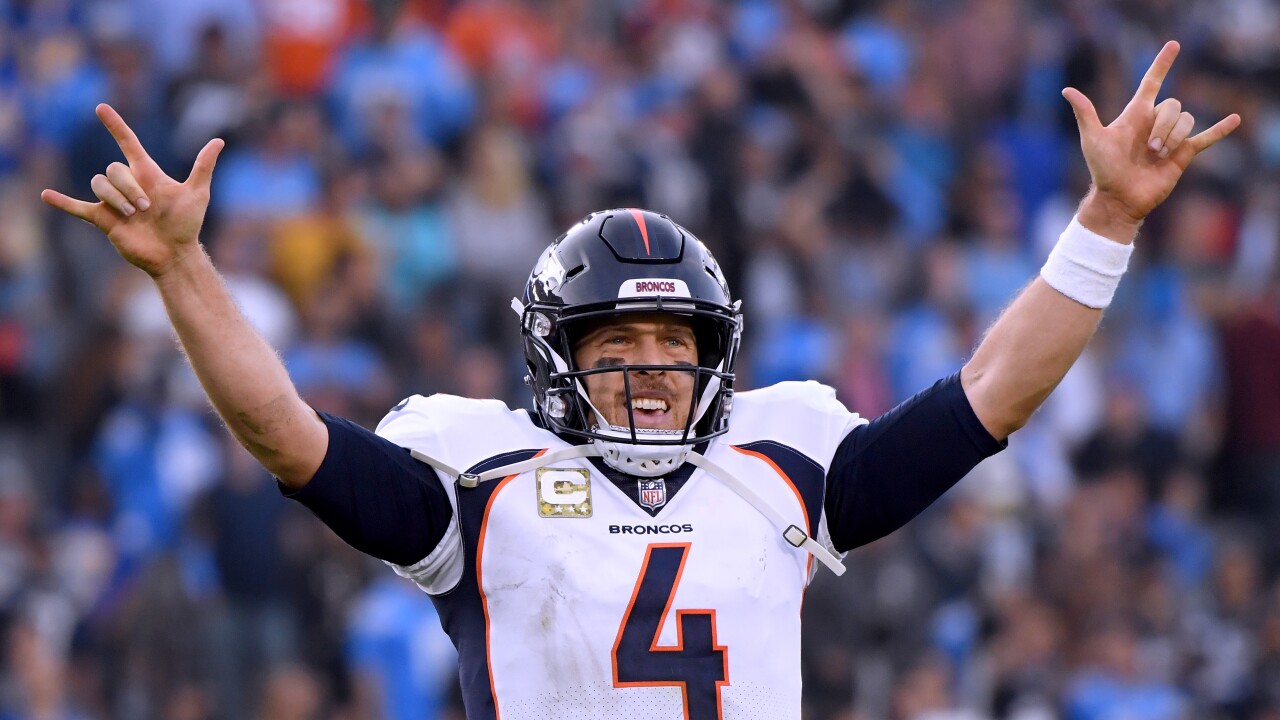 LOUDOUN COUNTY, Va. - Acquiring a veteran quarterback to provide depth for and competition to Colt McCoy was issue No. 1 for the Redskins this offseason. According to reports, it could be 'Case' closed.

NFL Network insider Ian Rapoport reports the Redskins and Denver Broncos have agreed to a trade. Denver will send quarterback Case Keenum to Washington. Mike Jones of USA Today, along with several others, confirm Rapoport's news. The deal will not be official until next week when the NFL's new league year begins.

According to Rapoport, the Redskins will re-do Keenum's contract. In exchange, Denver will receive a 6th round draft pick from Washington in 2020 while the Redskins get a 7th round pick from the Broncos in '20 (per Mike Klis).

Last season, his first full-season as a starter, Keenum guided the Denver Broncos to a 6-and-10 record. The 31 year-old threw 18 touchdown passes and 15 interceptions to go with his completion percentage of 62.3%.

According to Spotrac, Keenum was set to make $18 million in 2019. However, his deal will be restructured with the Redskins so Washington will pay the QB just $3.5 million in '19.

In 2017, Keenum guided the Minnesota Vikings to an 11-and-3 record as a starter, throwing 22 touchdown passes and just seven interceptions. That season, which concluded with a trip to the NFC Championship, propelled him to sign a two-year, $36 million deal with Denver last offseason.

Broncos have trade parameters with Washington for QB Case Keenum: Broncos get WAS 6th in 2020, WAS gets Broncos 7th in '20, per source. Keenum's contract reworked. Broncos pay him $500K restructure bonus and pay $3.5 million of his $7M salary. Washington pays $3.5 mi. #9sports

Washington did well to make the best of a tough situation w/ Smith & McCoy on the mend.

The #Broncos and #Redskins have agreed to terms on a trade to send QB Case Keenum to Washington for draft picks and with an adjusted contract, sources say. Broncos get Skins 6th, Washington get a 7th.

Confirmed that the Redskins and Broncos are in discussions on a trade that would send Case Keenum to Washington, as @RapSheet first reported.

I can confirm Broncos are working on a trade with Washington...Case Keenum to the Redskins, first reported by @RapSheet