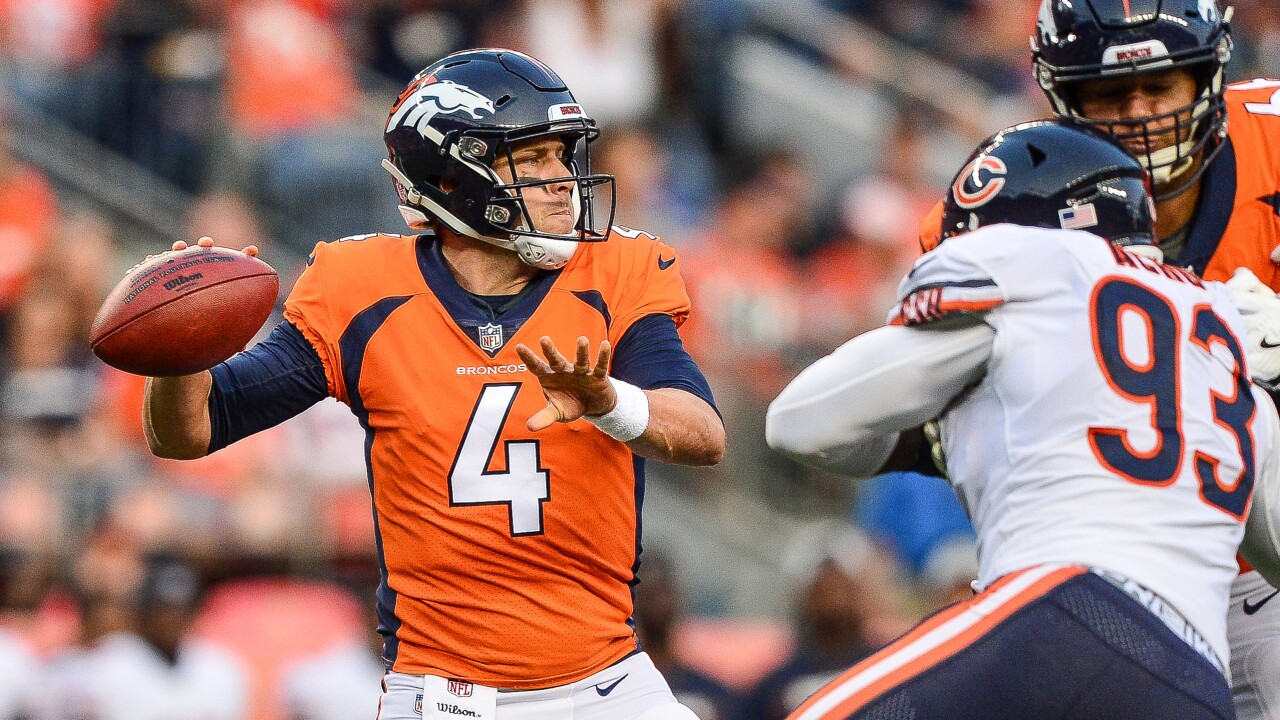 LOUDOUN COUNTY, Va. – In 2017, quarterback Case Keenum played his way into a hefty payday. After winning 11 regular season games and guiding the Minnesota Vikings to the NFC Championship game, Keenum signed a two-year, $36 million contract with the Denver Broncos.

Last season, by going 6-and-10 as Denver’s starting QB, Keenum played his way out of that large contract. His fate was sealed when the Broncos agreed to trade for Super Bowl-winning quarterback Joe Flacco last month.

Thursday, the Washington Redskins agree to trade for Keenum, the 31 year-old veteran QB. However, in doing so – the team restructures his contract.

According to Mike Klis of 9News in Denver, the Broncos will pay half of Keenum’s reworked $7 million salary in 2019. The Redskins will pay the remaining $3.5 million and also send Denver a sixth-round pick in the 2020 NFL Draft.

Per Spotrac, the restructuring means the Redskins will pay Alex Smith (injured and unlikely to suit-up in 2019) $15 million, Case Keenum $3.5 million and Colt McCoy $3.5 million this season.